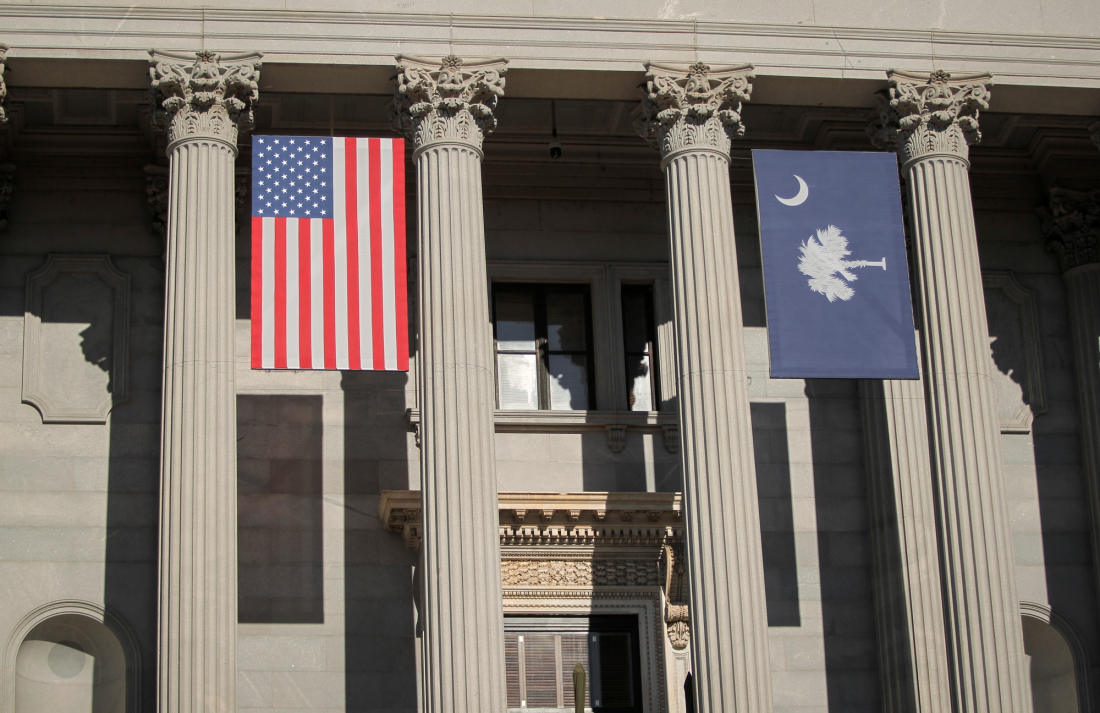 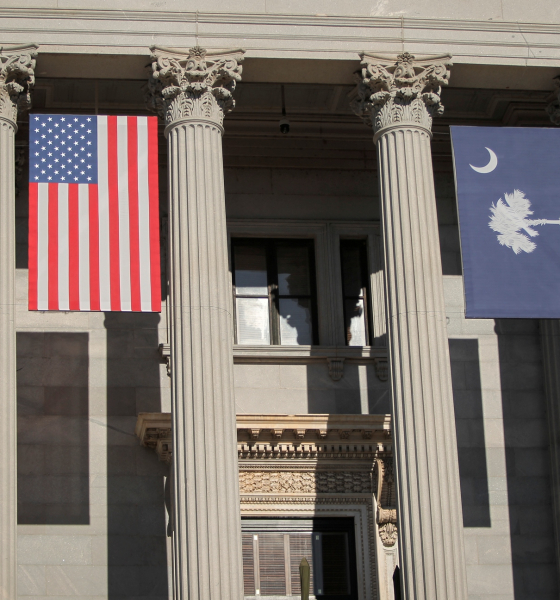 This news outlet has already made it abundantly clear that we do not support efforts by South Carolina Republicans to shut down the Palmetto State’s 2020 GOP presidential primary in an effort to protect U.S. president Donald Trump.

If Trump is unopposed for the Republican nomination, fine … call it off.

But if he draws a credible challenger, we believe canceling the “First in the South” GOP primary would be exactly what we said it was back in December – “one of the most disappointing, anti-democratic displays of subservience to a powerful politician we have ever seen.”

Seriously: We cannot stand fiscally liberal establishment Republicans like Ohio governor John Kasich, but if one of them decides to run against Trump for the GOP nomination and Republicans in South Carolina don’t give them their fair shot on the ballot … that is wrong, in our estimation.

Of course the SCGOP establishment – which went all in against Trump in 2016 – is now a wholly owned subsidiary of the #MAGA movement, so nothing it does on his behalf would surprise us.

Up until this point, discussion of a (potentially) canceled “First in the South” GOP primary has been focused on … well, Republicans.  Which makes sense.  What hardly anyone seems to be focusing on, though, is the potential for such a cancellation to wreak havoc on the Democratic primary.

Which, come to think of it, may be the point …

What if the real goal of South Carolina Republicans in canceling their primary isn’t to shield Trump from a likely Quixotic GOP challenge?  What if the ultimate objective is something more … sinister? 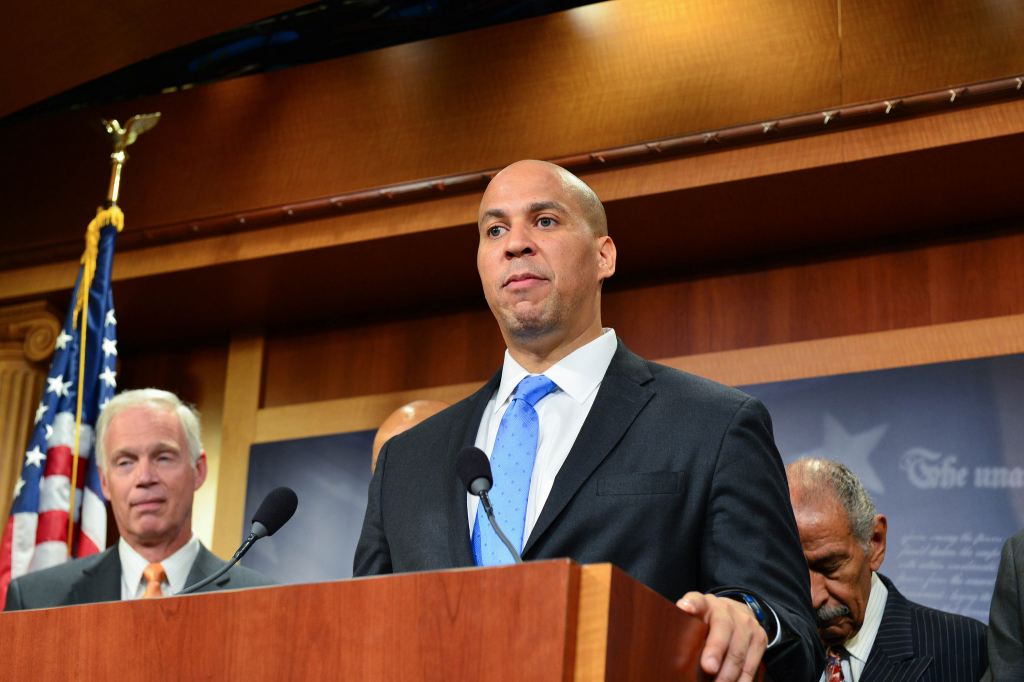 For those of you just waking up to the 2020 election cycle, national Democrats are pulling out all of the stops in an effort to craft winning appeals to “First in the South” voters.  To wit: U.S. senator Cory Booker featured the Palmetto State prominently in a slick video accompanying his presidential announcement, and a recent story in The Los Angeles Times by reporters Evan Halper and Mark Barabak laid bare the significance of South Carolina to the presidential aspirations of U.S. senator Kamala Harris of California.

“Few states are being as closely studied, sized up and sifted through by the (Harris) campaign as South Carolina, which has a crucial early place on the 2020 calendar,” Halper and Barabak noted, arguing that Harris could follow a trail blazed by former U.S. president Barack Obama and 2016 Democratic nominee Hillary Clinton – both of whom used compelling victories in the Palmetto State to help clinch their party’s nomination.

“South Carolina played a vital role propelling Barack Obama to the White House in 2008, boosting him past Hillary Clinton,” they continued.  “The state and its large African American population hold similar promise for Harris, whose parents were immigrants: her father from Jamaica, her mother from India.”

South Carolina’s own Meg Kinnard ran a big piece earlier this week on the state of the race – and how it might wind up shaking out for Harris, Booker and other aspiring Democratic contenders.

“Ahead of the most wide-open Democratic primary in a generation, South Carolinians will soon be flooded with dozens of White House hopefuls,” Kinnard reported.  “More than a year away, the contest is already shaping up as the most consequential in recent memory. For the first time, it’s expected to feature two black candidates – Harris and Booker – competing for support in the first primary state with a significant African-American population.”

Meanwhile, reporter Jamie Lovegrove of The (Charleston, S.C.) Post and Courier wrote a report earlier this week outlining some of the most coveted “First in the South” endorsements (drawing some predictable criticism).

Here is the thing, though: All of these high-level assumptions – and the political calculus and campaign resources already being put into motion in support of them – are predicated on the notion that the universe of registered voters for the upcoming Democratic presidential primary will remain somewhat constant in terms of its ideological and demographic composition.

Obviously, we do not know yet whether South Carolina voters will flock to the Democratic primary the way they did in 2008 (532,468 ballots cast) – or whether they will stay at home the way they did in 2016 (only 370,904 ballots cast).  But whether turnout is heavy or light, certainly voters who head to the polls for the Democratic primary will be Democrats … right?

Given that South Carolina is an open primary state, there is absolutely nothing to prevent GOP voters from crossing over and casting ballots in the Democrats’ “First in the South” presidential election – especially if there is no Republican race.  In fact, the absence of a GOP primary – assuming that is how things ultimately shake out – would dramatically escalate the potential for such crossover voting.

Not to mention the potential for organized mischief associated with it … 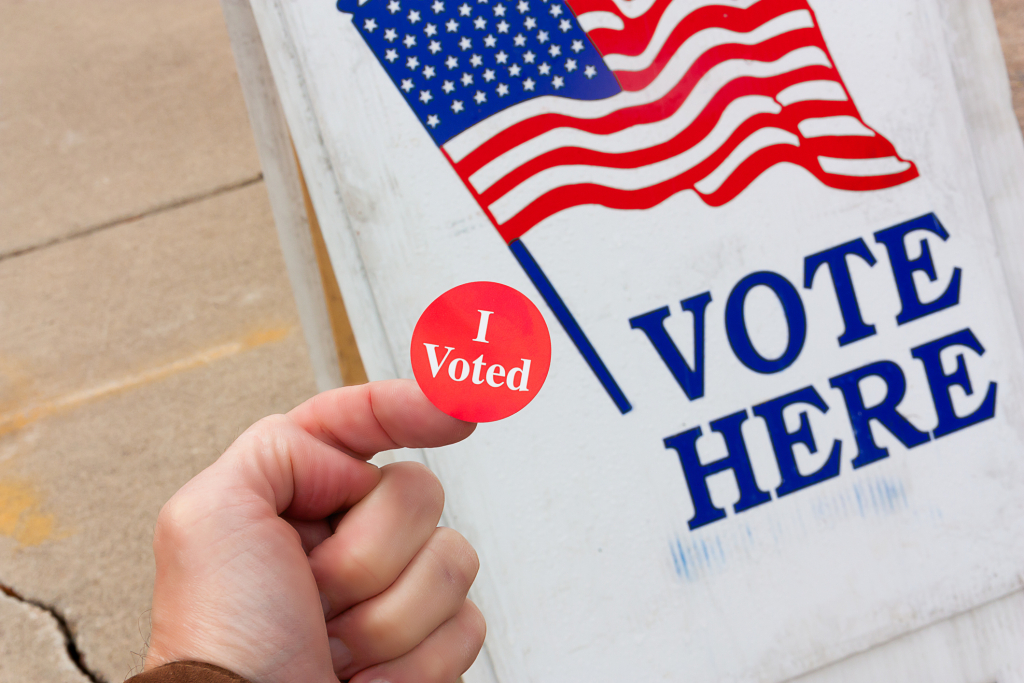 For those of you unfamiliar with South Carolina’s rich history of dirty politics, “organized mischief” is a time-honored tradition here.  Basically, it is in our blood … and it routinely devolves into bloodsport during the waning days of contested races.

There are any number of ways such mischief might manifest itself in the event the GOP calls off its primary, but the basic premise goes something like this: Republicans looking to bolster Trump’s reelection prospects infiltrate the Democratic primary and help defeat the candidate who poses the greatest threat to him.

The last GOP primary attracted 740,881 voters – including 240,882 who cast their ballots for Trump.  The forty-fifth president has only solidified his status with Republican voters since then, meaning there are probably at least 400,000 to 500,000 GOP primary voters who would cast their votes for him if a presidential preference election were held today.

If just one out of every ten of those Trump backers in the Palmetto State (i.e. 40,000 to 50,000 people) were to cross over and cast a ballot in the Democratic primary – that would equate to anywhere between 10.8 percent to 13.4 percent of the Democratic electorate.

Think that isn’t enough to sway the outcome?

Again, this is (for the moment) a purely hypothetical exercise, but you can see how it might become a non-hypothetical very easily … and very fast.

You can also see how it has the potential to throw every assumption currently being made about this race completely out of the window.

This news outlet continues to believe Trump will be credibly challenged in 2020 from within the GOP.  We certainly hope he is.

We endorsed Trump in 2016 (twice) because we believed that he – unlike candidates who were part of the fiscally liberal, open borders Republican establishment – was willing to “walk the walk” on any number of fronts critical to fulfilling his signature campaign vow to “Make America Great Again.”  Unfortunately, he has proceeded to snatch defeat from the jaws of victory on far too many of those fronts – caving on spending cuts, tax reform, the nomination of pro-life judges and his proposed wall on the U.S.-Mexican border.

“Trump has become the very politician he assailed in 2016,” we noted in a piece early this week.

Accordingly, we are waiting for a credible pro-freedom, pro-free market, fiscally conservative candidate to earn our vote … and we are not alone.

In the meantime, we will continue to keep an eye on how the SCGOP handles the upcoming partisan primary process … and how “First in the South” Republican voters respond to those maneuverings.

Suffice it to say, things could get interesting …