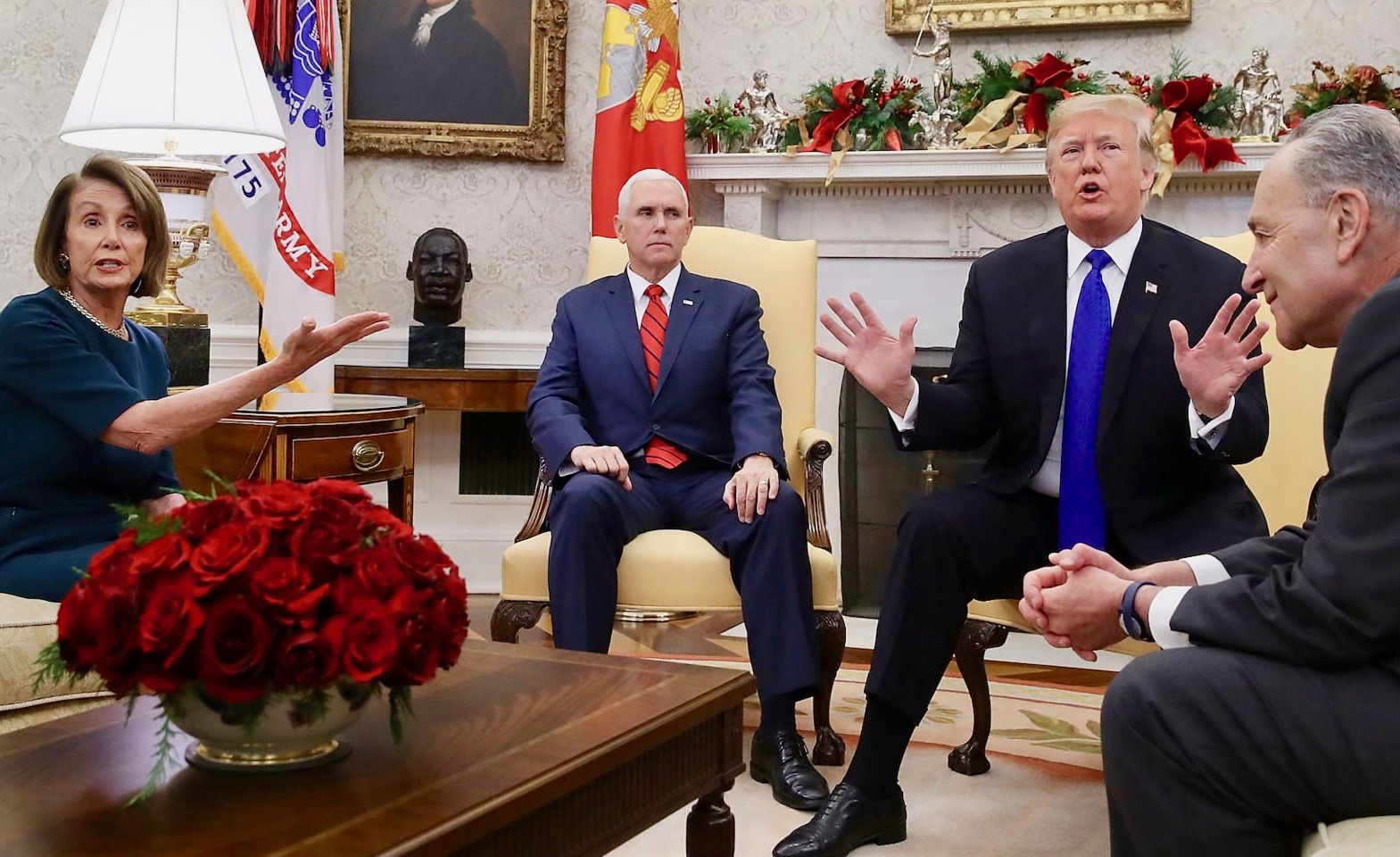 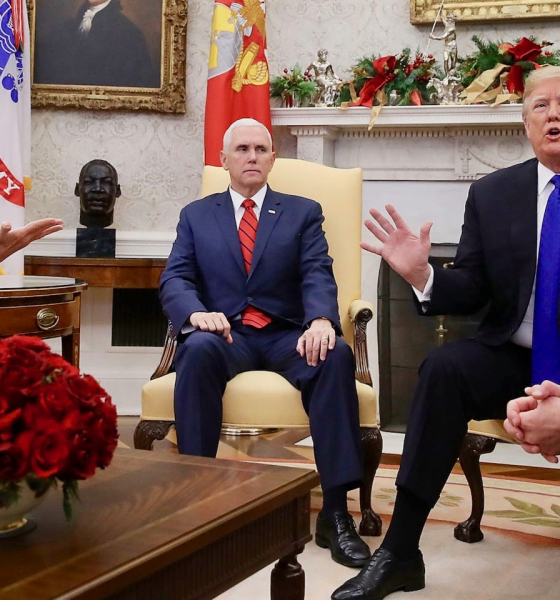 U.S. president Donald Trump threatened to shut down the federal government on Tuesday if funding for a border wall was not included in the latest stopgap Washington, D.C. spending plan.

Trump’s brinksmanship on the border wall obviously represents a 180-degree departure from the appeasement approach he has taken in previous budget debates.  In those battles, he and Republicans in congress basically gave Democratic leaders everything they asked for (see here and here).

Not only that, Trump indicated he would be “proud” to take ownership for the shutdown …

Pelosi and Schumer had sought a closed-door meeting with Trump in the hopes of resolving their differences ahead of a December 21 deadline, and the duo repeatedly implored the president to continue the conversation away from the cameras and microphones of the left-leaning media.

“I don’t think you should have a debate in front of the press,” Pelosi told Trump.

“Let’s debate in private,” Schumer echoed her later in the discussion.

Trump was having none of it, though …

“We gave the President two options that would keep the government open,” Schumer tweeted after the meeting. “It’s his choice to accept one of those options or shut the government down.”

Schumer also told reporters Trump threw a “temper tantrum” when he did not get the border wall funding he wanted.

“Elections have consequences, Mr. President,” Schumer sniped at Trump at one point during the contentious exchange.

“That’s right,” Trump fired back.  “And that’s why the country is doing so well.”

Trump’s position on the border security funding shouldn’t have surprised the Democratic leaders.  As we reported two weeks ago, he made it clear he would not approve a stopgap spending plan unless it included a “comprehensive border security package” complete with $5 billion in funding for a wall along the U.S.-Mexican border.

As we have often stated, this news outlet has never breathed fire on the issue of immigration – we simply want America’s borders to be secured and pathways to “status” (not citizenship) for illegal aliens to be rigorously enforced.

“Immigration can strengthen a nation if certain conditions are met,” we wrote back in October.

Indeed … but it can also be tremendously destructive.

Wherever your views may fall on the morality or politics of this issue, the United States simply cannot afford perpetually open borders.  Nor for that matter can it continue to uphold the constitutionally bastardized practice of “birthright citizenship,” i.e. granting citizenship to children of undocumented aliens who snuck into the United States illegally.

As we noted recently, this is not an expression of the Fourteenth Amendment but rather a perversion of it …

Accordingly, while we remain disappointed in Trump on any number of fronts we support him unequivocally in his border security initiatives as well as his campaign to stop providing citizenship and government benefits in perpetuity to the children of illegal aliens.

Why do we adopt such a hard line?  Because like it or not, America’s lifeboat is full.

Stormy Daniels: Working To Pay Off Those Legal Fees

Letter: George H.W. Bush Was Decent, Lee Atwater Was Not