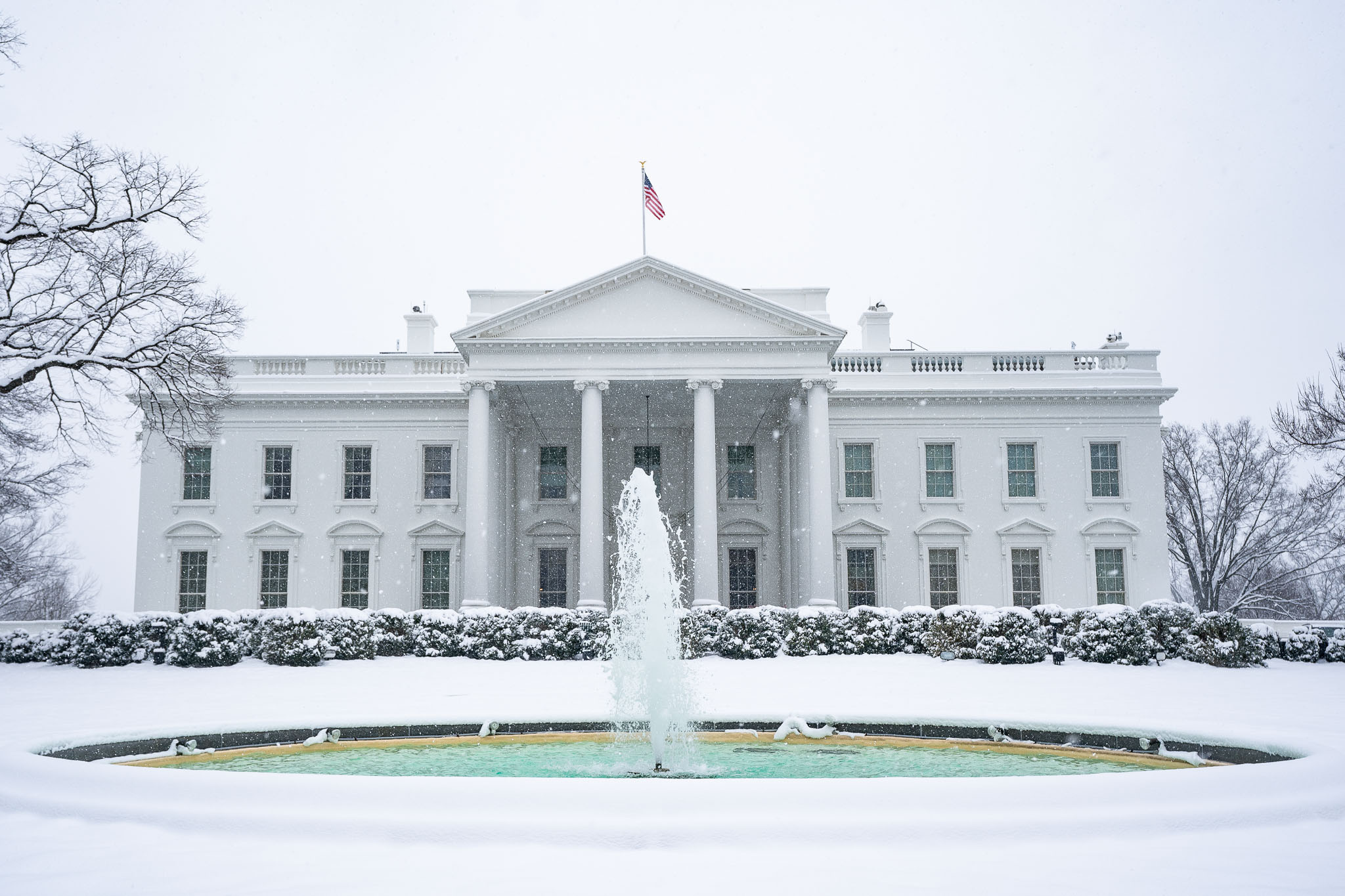 The early read on the 2020 presidential campaign is that U.S. president Donald Trump has his party’s nomination sewn up, the Democratic race is a crowded, caustic battle of liberal heavyweights and that Starbucks guy (Howard Schultz) is throwing a wrench in the far left’s plan to take back the White House.

Which, of course, has made these snowflakes very, very angry (and very, very intolerant) …

Are we missing something, though?

While the initial focus of 2020 has been the lengthy laundry list of liberal luminaries looking to reclaim 1600 Pennsylvania Avenue for the forces of “hope and change,” scant attention is being paid to the rest of the ideological spectrum in America.

Obviously the liberal clown car is going to continue veering further leftward in the hopes of solidifying the Democratic base (a.k.a. the 33 percent) … but what about the other two-thirds of the spectrum?

Who speaks for them?

In endorsing the presidential candidacy of Trump prior to the 2016 “First in the South” primary, this news outlet made it abundantly clear that we were not necessarily embracing the billionaire mogul – but rather sticking it to the ideologically bankrupt, chronically hypocritical GOP establishment.

“Reap the whirlwind, ‘Republicans,’” we wrote.  “You’ve earned it.” 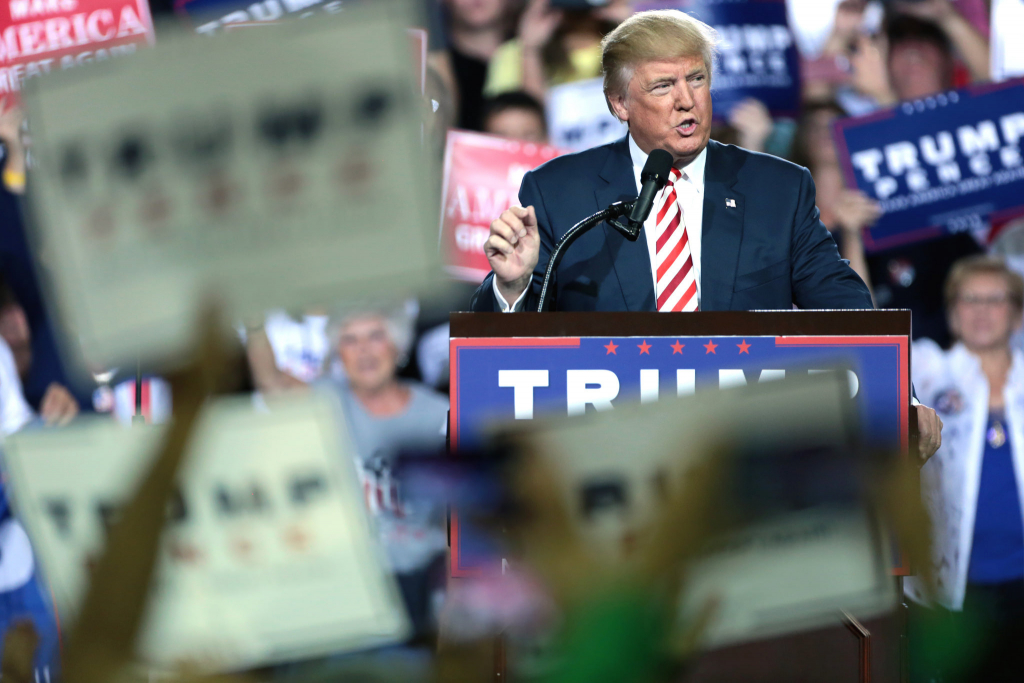 Months earlier, in July of 2015, we summed up the Trump phenomenon by contrasting it with the campaign the GOP wanted to run in 2016.

“What was envisioned by the party’s increasingly left-leaning elites as a sanitized, scripted exchange of talking points has turned into a totally unfiltered outpouring of raw popular outrage – with Trump smartly and unapologetically channeling the angst of huge swaths of the GOP electorate who feel betrayed by their party and its rotating crop of two-faced leaders.”

Sadly, Trump has now betrayed those same voters … and become one of the two-faced leaders he once railed against.

Despite his litany of failings and the expansive chasm that exists between his campaign pronouncements and his administration’s governance, Trump remains beloved by much of the GOP base.  Defeating him in a primary – as of this writing, anyway – seems impossible, although we do believe the Republican establishment (led by the neoconservative war party) will make some sort of move against him in 2020.

Good.  We don’t care for the GOP status quo (obviously), but we are done defending Trump.  And have been for some time.

What happens to him at this point is irrelevant to us …

Again, though, while Trump and his Republican antagonists are busy battling over the quarter of the electorate that professes itself to be a part of the GOP – who courts the growing mass of independent voters?

Clearly the Democrats aren’t going after them …

As this “grown up Goliath nation (holds) open auditions for the part of David” (borrowing a line from Brother Ali), why is no one going after the largest potential voting bloc on the map?

This potentially pivotal 2020 dynamic has been all but ignored by the mainstream media – which has a vested interest in propping up the failed two-party state – but it is a dynamic that has been seeping into our coverage more regularly of late.

“Like so many pro-freedom, pro-free market citizens … we are still waiting for a candidate to emerge who consistently represents our views,” we have often written in assessing various 2020 maneuverings.  “We haven’t seen them yet, but if we do we will be sure to let our readers know.”

Our guess is there are tens of thousands of “First in the South” voters like us who are similarly waiting and looking … hoping to find someone they can support without having to hold their nose.  Someone who isn’t a protest vote.  Or a reflexive reaction. 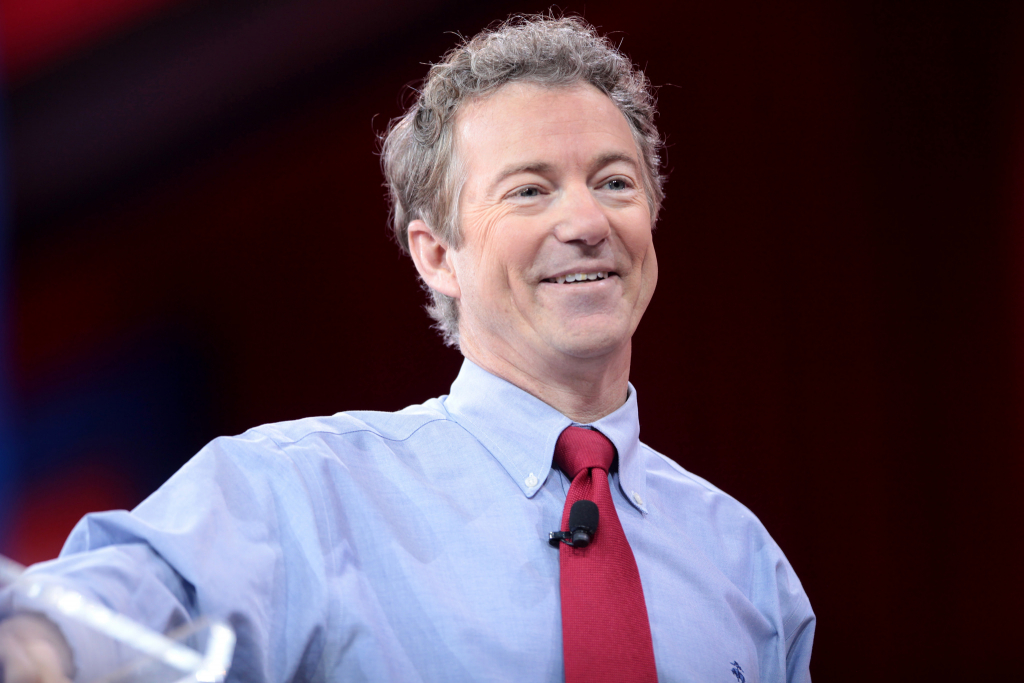 In the fall of 2015, we published a column entitled “The Rand Paul Tragedy” in which we speculated that U.S. senator Rand Paul of Kentucky (above) could have preempted the rise of Trump by mounting an independent insurgent presidential bid of his own in 2016.

“The anti-establishment vein Trump expertly tapped into with his outspoken populism was Paul’s for the taking … he simply chose not to take it,” we wrote at the time.

In fact, Paul went in the opposite direction – which resulted in him losing the support of both independents and Republicans.

More than most politicians, Paul embodied fiscally conservative, socially libertarian, non-interventionist beliefs that appealed to independents as well as broad segments of both parties’ electorates.  You know, common sense stuff that most people intuitively understand.  As such, he was uniquely equipped to offer a viable alternative to America’s failed two-party state – but he decided his most promising path to the White House was to fall in line, not rage against the machine.

Are we saying Paul should run in 2020 as an independent?  Not necessarily.

The 56-year-old physician has obviously sold out once already, and to the extent his ideological moorings can be trusted his political skills are profoundly lacking.  Which is a charitable assessment.  So, not only would Paul have to demonstrate a newfound commitment/ consistency to the libertarian ideals that fueled his rise in the early part of the decade – he would also need to discover something resembling a fire in his belly (to say nothing of basic people skills).

But this column isn’t about any one candidate … it is about a viable pathway to the presidency that falls between the interminable lies and betrayals of both the left and the right.

We believe such a pathway is wide open … all it needs is a fiscal conservative, pro-free market, social libertarian, non-interventionist candidate who is willing to tread it.

Trump has shown that the two-party state (and its media apologists) can be defeated.  Unfortunately, he has proceeded to snatch defeat from the jaws of victory – caving on spending cuts, tax reform, the nomination of pro-life judges and his proposed wall on the U.S.-Mexican border.

Trump has become the very politician he assailed in 2016.  The only question?  Whether a credible independent candidate takes advantage of his failings … and the increasingly leftward lurch of the liberal establishment.