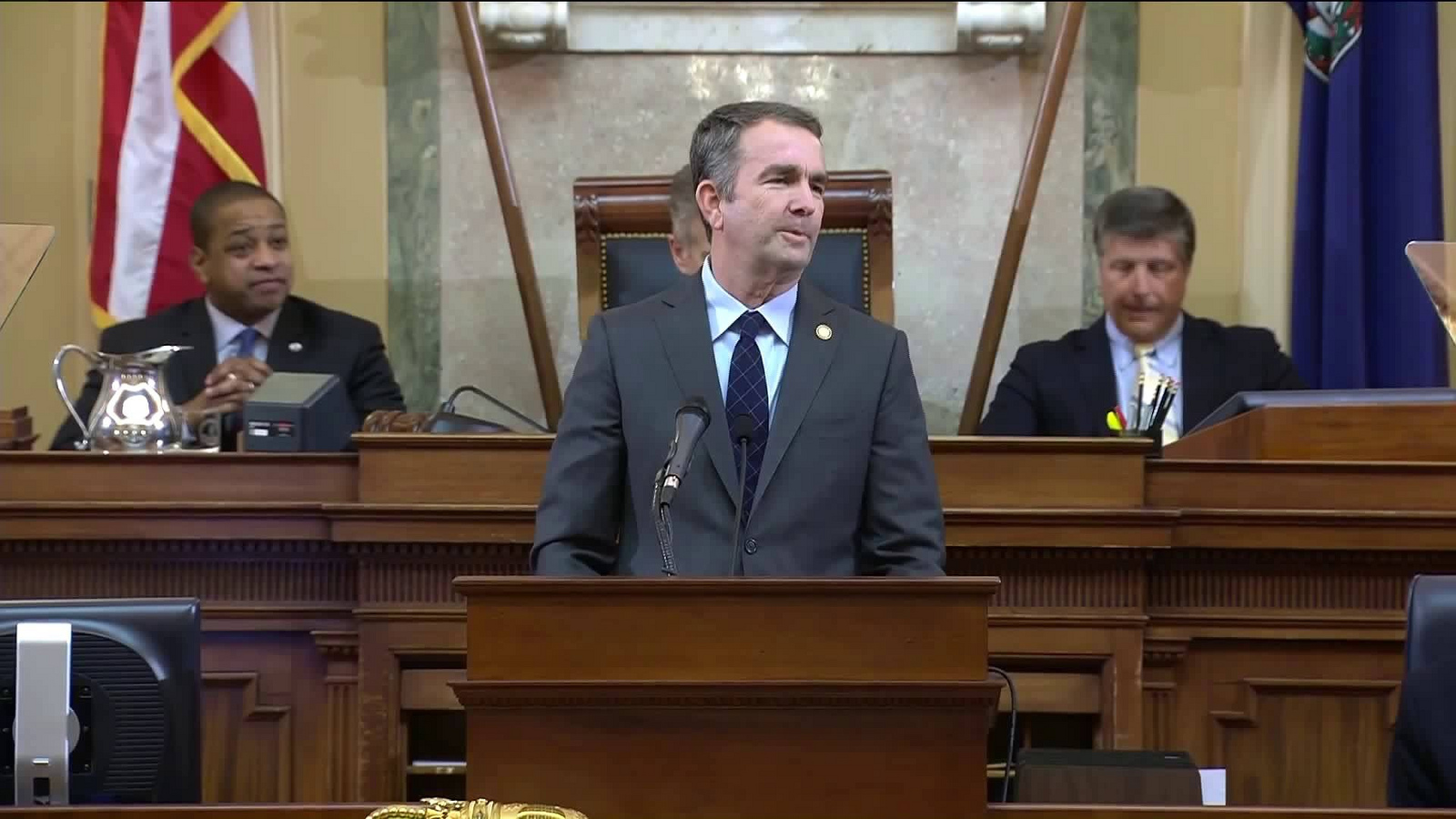 Virginia governor Ralph Northam is facing withering criticism over a 1984 medical school yearbook photo which shows a man clad in a Ku Klux Klan robe and another standing beside him decked out in black face.

One of the two costumed men was the future governor … 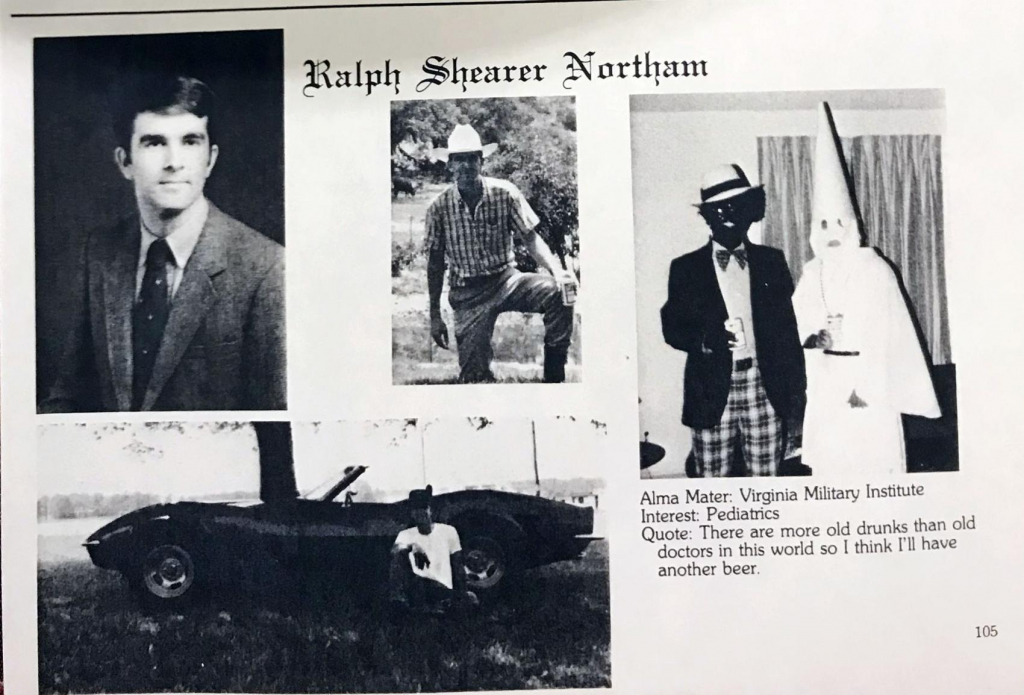 “It’s unclear who the people in costume are,” Marie Albiges and Gordon Rago noted in their original report for the Pilot, however Northam quickly acknowledged that he was one of the men in the photograph – which he called “clearly racist and offensive.”

The image was taken from an Eastern Virginia Medical School (EVMS) yearbook.  Northam – a pediatric neurologist – graduated from the school in 1984 after attending Virginia Military Institute (VMI) as an undergraduate.  He spent eight years in the Army, treating wounded soldiers in the Gulf War.  The 59-year-old was elected to the Virginia Senate in 2007, where he served until his election as lieutenant governor in 2013.

“I am deeply sorry for the decision I made to appear as I did in this photo and for the hurt that decision caused then and now,” Northam said. “This behavior is not in keeping with who I am today and the values I have fought for throughout my career in the military, in medicine and in public service. But I want to be clear, I understand how this decision shakes Virginians’ faith in that commitment. I recognize that it will take time and serious effort to heal the damage this conduct has caused. I am ready to do that important work. The first step is to offer my sincerest apology and to state my absolute commitment to living up to the expectations Virginians set for me when they elected me to be their governor.”

Republicans were having none of Northam’s apology.

“Racism has no place in Virginia,” state GOP chairman Jack Wilson said.  “These pictures are wholly inappropriate. If Governor Northam appeared in blackface or dressed in a KKK robe, he should resign immediately.”

U.S. senator Tim Scott of South Carolina – the only black Republican in the U.S. Senate – added that “while a quick apology is good, it does not excuse the choices made.”

“The people of Virginia will make their voices heard,” Scott continued.  “I hope they will shout far and wide that there are consequences for such showcases of prejudice and hate.”

“His whole life has been about exactly the opposite and that’s what you need to examine, not something that occurred thirty years ago,” Virginia Senate minority leader Dick Saslaw told The Washington Post. “While it’s in very poor taste, I would think no one in the General Assembly who would like their college conduct examined. I would hate to have to go back and examine my two years in the Army. Trust me. I was 18 years old and I was a handful, OK? His life since then has been anything but. It’s been a life of helping people, and many times for free.”

Northam was already facing harsh criticism from conservatives after supporting a controversial Virginia bill that would allow abortions right up until to the moment of delivery – similar to legislation which was recently signed into law in New York.

In attempting to explain his position on the legislation in an interview with WTOP-FM, Northam said the furor over the bill was being “blown out of proportion” and that such abortions would only be performed in the event an unborn child had “severe deformities” or was otherwise “nonviable.”

Hours after the Blackface/ KKK story broke, Virginia’s largest paper – The Richmond Times-Dispatch – called on Northam to resign, saying the publication of the photo “injures his standing and reputation beyond repair.”

“We do not doubt the governor’s sincerity,” the paper noted.  “He is an able and amiable man. But the photograph – not from his youth but from his days as an accomplished young man – harkens back to an uglier Virginia way, one tainted by the unpardonable stain of Jim Crow — and the physical, economic, and social injustice of segregation and racism.  It is a past that still haunts us.”

UPDATE: Northam has vowed to “fight through the remainder of (his) term.” He is also reportedly telling allies that he now does not believe that he was one of the two men pictured in the photograph.

Got something you’d like to say in response to one of our stories? Please feel free to submit your own guest column or letter to the editor via-email HERE. Got a tip for us? CLICK HERE. Got a technical question or a glitch to report? CLICK HERE. Want to support what we’re doing? SUBSCRIBE HERE.
Banner: VCU Capital News Service

Case Of “Tiny Doo” A Big Deal For Free Speech