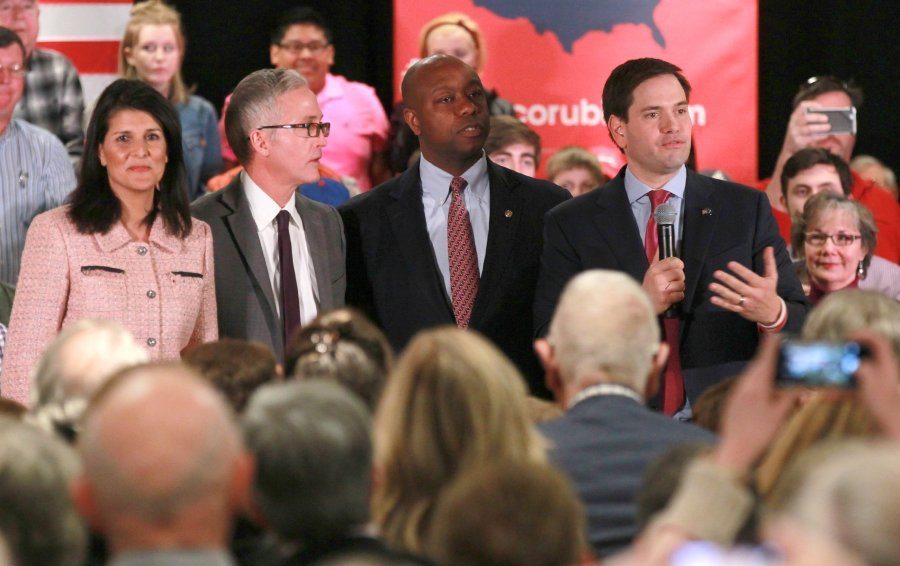 Millennials probably didn’t understand what the hell she was talking about, but hey … they’ve been pretty busy these days.

Anyway Haley – an Indian woman – joined a Latino, a black man and a white man (with some really creepy hair) in barnstorming the state of South Carolina this month.

The goal of these “United Colors of the GOP Establishment?”

To put a fresh face on the “Republican” status quo …

Well, a whopping 96 percent of the 740,000-plus South Carolinians who cast ballots in the 2016 “Republican” presidential primary race were white – according to exit polling.  Oh, and 77.5 percent of them voted against the candidate Haley and the cast of “Up With People” were endorsing.

Look … we have no problem with diversity.  And as we’ve stated repeatedly, we have zero tolerance for discrimination on the part of government.  More broadly speaking, we believe freedom and free markets are colorblind and gender-neutral – and don’t care what you worship or who you love.

But we abhor diversity for diversity’s sake … especially when anti-freedom, anti-free market politicians trade on it at the expense of issues that really matter.

Apparently, we’re not alone in that belief …