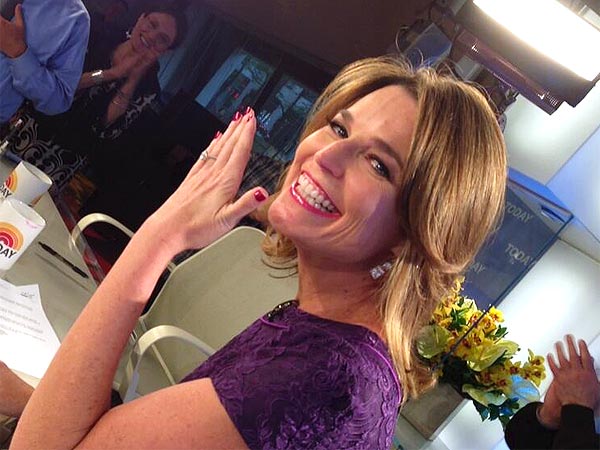 TALK TO THE HAND …

|| By FITSNEWS || U.S. Senator Rand Paul‘s 2016 presidential campaign was off to a swell start … until he did a satellite interview on Wednesday morning with Savannah Guthrie on NBC’s Today show.

Questioned pointedly about his inconsistency on foreign policy issues – specifically flip-flops related to his views on Iran, Israel and military spending – Paul interrupted Guthrie and accused her of editorializing.

And she did … at least in her assessment of Paul’s foreign policy being “unorthodox.”  But the specific policy reversals Guthrie laid out – much to Paul’s chagrin – were demonstrable facts worthy of responses.  Beyond that, they were (and are) disappointing commentaries on the extent to which Paul the younger lacks the consistency and political courage demonstrated by his father, former U.S. Rep. Ron Paul.

Anyway, to the tape …

“You once said Iran was not a threat, now you say it is. You once proposed ending foreign aid to Israel, you now support it, at least for the time being. And you once offered to drastically cut …” Guthrie began before Paul interrupted her.

“Before we get a litany of …” Paul said, attempting to cut Guthrie short.

But Guthrie was having none of it … bound and determined to finish her question.

“You wanted to cut defense spending and now you want to increase it 16 percent,” she continued, talking over Paul’s increasingly vocal objections.  “So I just wondered if you’d mellowed out?”

“Why don’t we let me explain instead of talking over me, okay?” Paul told Guthrie, seemingly oblivious to the fact he was the one who interrupted her.

Eventually, Paul got around to finishing his earlier interruption …

“Before we go through a litany of things you say I’ve changed on, why don’t you ask me a question: Have I changed my opinion?” Paul said.  “That would be sort of a better way to approach an interview.”

Eventually, Paul got around to explaining – or attempting to explain – the evolution of his views.

On Iran, he claimed “2007 was a long time ago and events do change over long periods of time so we’re talking about eight years ago.”

“There has always been a threat of Iran gaining nuclear weapons and I think that’s greater now than it was many years ago,” Paul continued.

On Israel, Paul said eliminating foreign aid was a gradual process – and that America should “start with countries that hate us, that burn our flag.”

As for defense spending, that one never really got answered …

You can watch the entire exchange here …

Worse than the interview?  Paul’s reaction to it.  He claimed Guthrie’s line of questioning was unfair (it wasn’t).  He claimed she was a “hostile interviewer” (she wasn’t).  He then trotted out the excuse that satellite interviews don’t permit interview subjects to read “cues” and “have a true interaction.”

Jeez … what a reach.

We suspect “Republican” voters will be willing to forgive Paul’s flip-flops.  Hell, the “neoconservative” wing of the GOP flip-flops all the time – with far more dangerous and costly consequences.

But beyond the questions Guthrie raised regarding his fair-weather non-interventionism (which, by the way, is the preferred foreign policy of this website) … additional questions are now being raised regarding Paul’s readiness for prime time.

We’re never thrilled to find ourselves agreeing with Huckabee, but in this instance he’s absolutely right …

Rand Paul has the potential to be the sort of presidential candidate this website could support (as we wrote HERE).  But his refusal to stand fast against the shameful propaganda of the military-industrial complex is profoundly disappointing.

And apparently profoundly problematic for Paul …

Fox News And Donald Trump: At It Again

I read the comment section of the leftwing WaPo (linked by Drudge)…The comments were 20-1 against her, and cheering Rand Paul…

If you REALLY want the voters to respond, you’ll need to viciously attack the Democrats..and even more-so the Corrupt media…FITS is media…and your candidates got the living $#!t beat out of them. That should tell you something…

Do you have friends? Do you go outside? I seriously cannot tell if you’re a troll, or if you’re truly delusional. Hell, my responding to you is only going to contribute to your trolling ego, and help exacerbate your trolling, or delusions, to even further reaches of crazy.

Why not quit worrying about me…Dumb@$$…and concentrate on idiots, like yourself…who have severely damaged the country…

Weve started a “completely ignore” campaign on gt
Join in …

‘…Beyond that, they were (and are) disappointing commentaries on the extent to which Paul the younger lacks the consistency and political courage demonstrated by his increasingly nugatory, libertarian flake father, former U.S. Rep. Ron Paul….”

There, fixed it for you.

Show ANY interview of Obama like that and I will be impressed.

Seriously. Why did he walk into this thinking it was hard-hitting journalism? This is the Today show….they probably cut to him right after they finished baking Spring cupcakes or showing us how to better trim your dog’s toenails.

It may just be me, but why is it that most doctors (Paul is a doctor) think that you are not to question them? The way I see it, they’re no better than anyone else, even if they have a little more education. We as the voting public should be questioning the candidates extensively – I believe that it’s our duty as voters.

I wish Savannah Guthrie would interview a few select folks who post on this site. Can anyone guess who tops my list?

Why would you wish that on GT? Or on Savannah?

She is Chris Mathews in a skirt, and a lisp. Total left-wing fruitcake. Not a Paul (either one) fan, though I agree entirely that her lengthy statement was slanted. unprofessional and stupid. She’s not who Republicans should use to vet our GOP nominee.

You win for dumbest person on this forum.

Here’s another interview with Rand responding to unfair questions:

Also, there’s a new campaign out called “Women for Rand”:

HOADM– really now? Justifying MSM bias? Let’s recall several instances. After the. Benghazi tragedy, in which transparent lies were adduced on every Sunday talk show, BO had his word. Amidst several pages praising Islam, understanding why Libyans would be upset, endlessly blaming and decrying an obscure video that one millionth of 1% of US citizens were aware of, he threw in a passing sentence in the middle of it all: we don’t condone terrorism, a point belying his overall tone and belying the ruse.

This was a point in the prez debates in which Romney sought to highlight the Benghazi failure as denying terrorism. Ta da: moderator Candy Crowley helped out BO, “yes, he did mention terrorism,” thoroughly obliterating Romney’s valid point.

Out of the blue, in a debate, George Clinton White House Stephanopolous asked Romney if he would support a state law guaranteeing religious requirements. Huh? It was not an issue, Romney, puzzled, said it was not and knew of such pending proposals.. The purposeful Steph aggressively pushed, Yes or no, and thus the manipulation by biased media to contrive stories and to fan the dying sparks on the spurious, contrived “war on. women” on life support afterits transparent bunk-filled failure in the 2014 election may again have new life.

Put it in perspective.

Poor Romney. You believe that he was tricked by a newsreader. Maybe the republicans would appear more favorably if they just stuck to being interviewed by Hannity or Doucey over at Fox.

What nonsense. This is much ado about nothing- a lib newscaster (who generally gets paid to read news, not investigate or report) and a politician talking over each other during a remote interview. Wow, you never see that…

As a papoose, TBG remembers the elders in his tribe saying of GOP candidates, “They know better. They’re just saying that to get elected. After they’re elected they’ll do the right thing.”

Either Rand Paul is 1) A typical big government war-mongering Neo-con or 2)He’s pretending to be “mainstream” but will revert to his Dad’s libertarianism if elected.

TBG will probably vote for him in hopes that it’s the second.

He looks a little pill-ed up to me.
He’s a stereotypically egomaniacal physician-as-god surgeon. The press needs to keep that in mind.
Rand needs to keep in mind that there was always serious talk that John McCain was not temperamentally fit to be president, i. e., too unstable. That might stick to Rand if he keeps throwing fits. On, the other hand, it describes about half of the GOP 2016 clown car.

Paul isn’t running for president. like his dad, he’s running for a lifelong position sucking money from the pockets of ‘conservative’ boobs and rubes. a lot like half the ‘conservatives’ in american politics, media, churches…

With his frat boy, “how dare you” demeanor, who could seriously imagine Rand Paul in any world tense situation warranting a cool head and diplomacy?

It was a great interview in that it revealed Rand is clearly, not presidential material.
Thanks Rand!