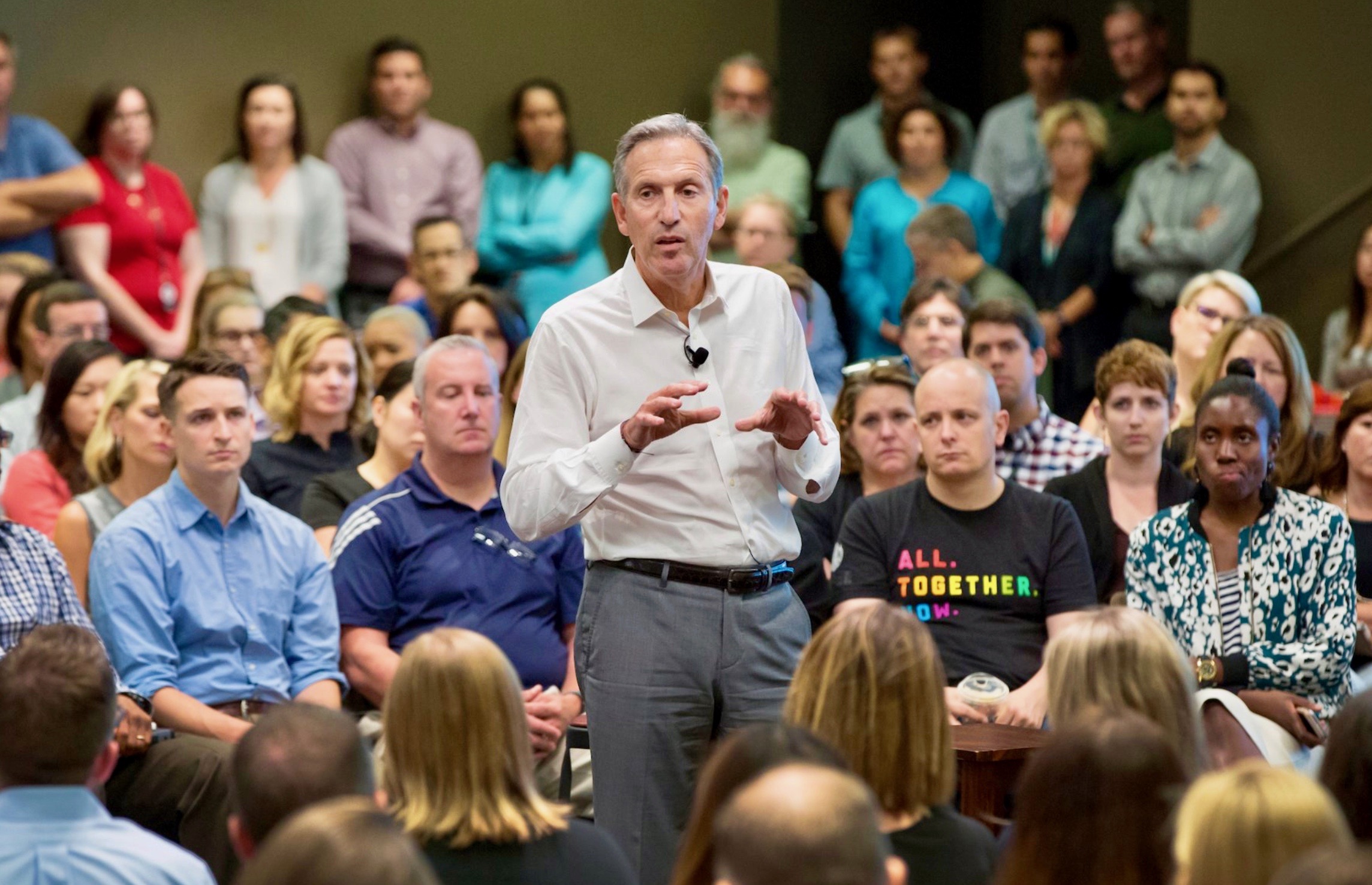 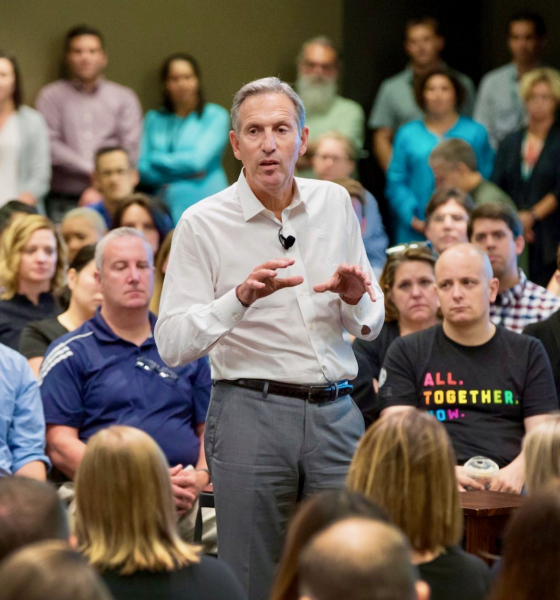 The former two-time chief executive officer of Starbucks is reportedly looking at running for president – as an independent.

Billionaire Howard Schultz, who led the Seattle-based chain from 1986-2000 and again from 2008-2017, told CBS’ 60 Minutes he was “seriously thinking of running for president … as a centrist independent, outside of the two-party system.”

In announcing his prospective candidacy, the 65-year-old New York City native – a self-described “lifelong Democrat” – made it clear he had no love for U.S. president Donald Trump.

“I think, like most people, I’ve become bored with President Trump and his tweets,” Schultz told CBS.

Trump fired back early Monday, tweeting that Schultz “doesn’t have the ‘guts’ to run for President!”

One theory is that Schultz is simply using the possibility of a presidential bid to sell copies of his new book, “From the Ground Up: A Journey to Reimagine the Promise of America.”

Liberals clearly do not want Schultz in the 2020 race, as an independent candidate running from the left – especially one with more than $3 billion to his name – could siphon votes away from the eventual Democratic party nominee.

“I have a concern that if he did run, that, essentially, it would provide Donald Trump with his best hope of getting re-elected,” noted Julián Castro, a former cabinet official under Barack Obama and one of many Democrats eyeing a possible 2020 bid.

Political analysts agreed with that assessment.

“Has (Schultz) ever heard the old saying, ‘The road to hell is paved with good intentions?'” tweeted Larry Sabato, director of the University of Virginia’s center for politics. “Someone should explain it to him. His slogan might as well be, ‘Re-elect Trump’.”

Schultz brushed off such concerns.

“I wanna see the American people win,” he told CBS.  “I wanna see America win.  I don’t care if you’re a Democrat, Independent, Libertarian, Republican.  Bring me your ideas.  And I will be an independent person, who will embrace those ideas.  Because I am not, in any way, in bed with a party.”

Not all potential Democratic presidential aspirants viewed Schultz with contempt, though.

One of them, former U.S. congressman John Delaney, tweeted that his party should look inward – and that a candidate like Schultz should be expected to enter the race if Democrats choose a nominee with “extreme positions that don’t reflect the majority of Americans.”

This news outlet has been yearning for credible independent candidates.  As we noted in a recent post, “like so many pro-freedom, pro-free market citizens … we are still waiting for a candidate to emerge who consistently represents our views.”

“We haven’t seen them yet, but if we do we will be sure to let our readers know,” we added.

Is Schultz such a candidate?  No … at least he certainly does not appear to be.

We appreciate his assessment of Democrats’ “free health care for all” proposal as something “the country cannot afford” (which it can’t), but beyond that we have seen nothing to suggest he is any different than the pack of liberals (including two other billionaires) seeking the Democratic nomination.

Having said that, Schultz is welcome to address our readers on any issue he wishes as he contemplates his prospective candidacy – a process we suspect will involve at least one visit to early-voting South Carolina.

Got something you’d like to say in response to one of our stories? Please feel free to submit your own guest column or letter to the editor via-email HERE. Got a tip for us? CLICK HERE. Got a technical question or a glitch to report? CLICK HERE. Want to support what we’re doing? SUBSCRIBE HERE.
Banner: Starbucks