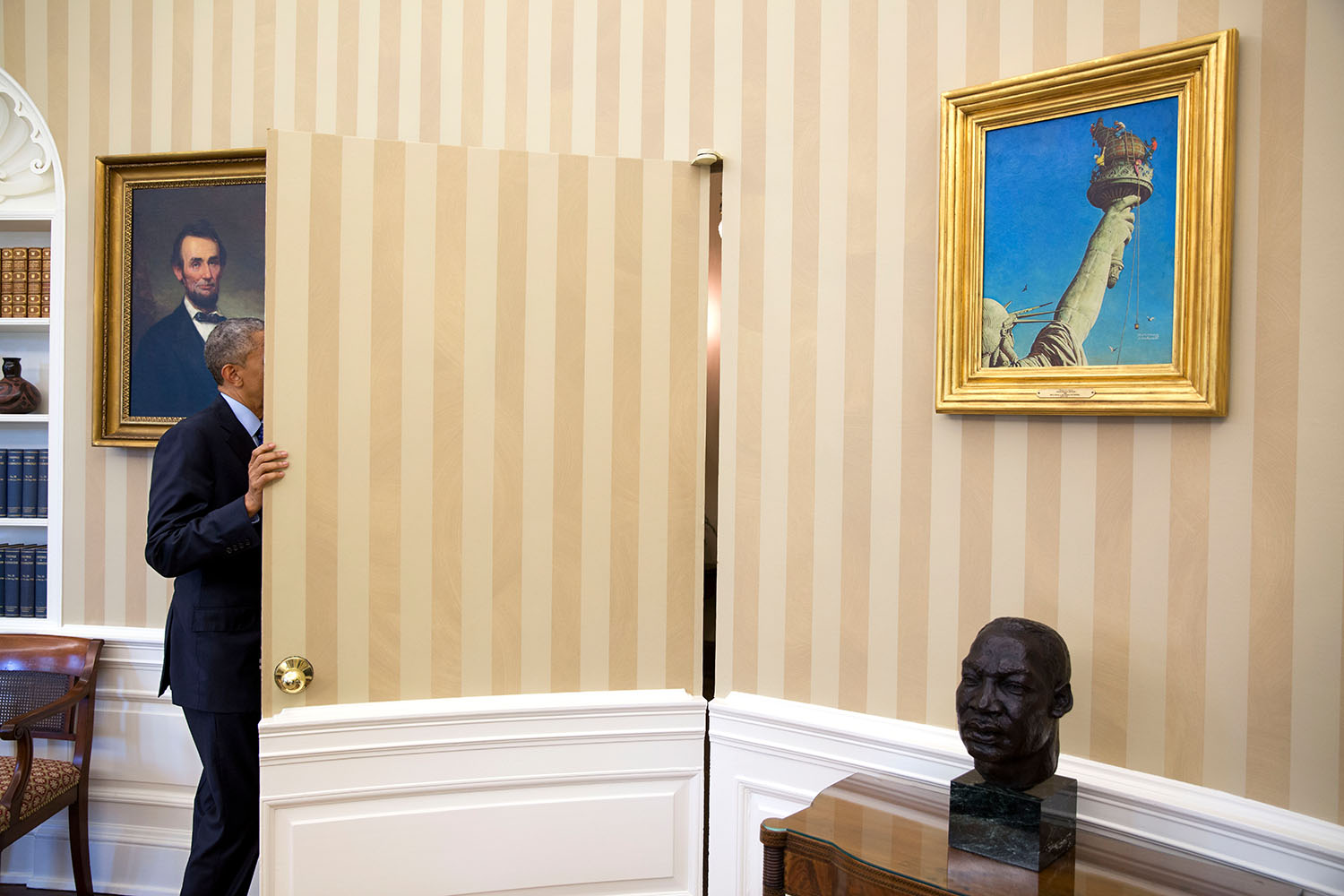 THANKS FOR EVERYTHING … NOT!

U.S. president Barack Obama will deliver his farewell address to the nation today … and thank God for that.

The man who promised hope and change eight years ago instead delivered nothing but debt, despair, division and dysfunction to the American nation.

Our only hope?  That the door to the Oval Office doesn’t hit Obama’s ass on the way out …

We’ve addressed the 44th president’s economic legacy previously, especially in regards to those black Americans whose hope for change soared the highest these last eight years.

But as much as Obama wishes it were otherwise, this isn’t about race.  There are faces of all races (and genders, creeds and sexual orientations) among the record number of Americans currently out of the labor force.

American incomes?  They increased a smidgen … by hook or crook.

What increased by a helluva lot more than a smidgen?  Government debt.  Obama took an already ridiculous figure and doubled it.  And that deficit spending is ramping up once again.

So when we say (as we’ve often said) that he took the failed policies of former U.S. president George W. Bush and put them on steroids … we’re not lying.  And for the record, prior to Obama we viewed Bush as the worst president ever … for reasons outlined here.

Not only has Obama’s unrestrained deficit spending been reckless … it’s been ineffective.  Just look at America’s ongoing anemic gross domestic product expansion (another number Obama has tried desperately to inflate by hook or crook).

His failure goes beyond embarrassing economic data points and scarcely-fathomable deficits though.

At home and abroad, America is reeling.

It’s almost as if Obama was trying to make things worse … on all fronts.  Which he did.

Which brings us to our final point: For all the haters of the so-called “alt-right,” this movement owes its existence (and much of its righteous indignation) to a steady stream of usurpations and condescensions emanating from the far left.

And the packs of lies told along with them …

Often these insults came straight from the mouth of the liberal “Messiah” himself … parroted by a legacy media establishment that has lost all sense of objectivity (and as a result, credibility).

Make no mistake: Donald Trump owes his surprise election to this as much as he owes it to the economic contrast drawn by voters in the previously dark blue “Rust Belt.”  Seriously, there’s only so much people will take, and in 2016 (thankfully) enough of them in enough of the right places in the country got together and said “enough.”

Enough of calling us racist and stupid and clingy and deplorable – all because we had the audacity to be frustrated (and yes, angry) at the heaping pile of wreckage Obama and his Chicagoland thugs have made of this country.  And of our hope.  And our liberty.  And our prosperity.

Barack Obama seems like a nice guy.  He seems like he’d be a fun person to drink a beer with.  Or shoot hoops with.

But the bottom line on his presidency is unavoidable: It was an epic fail on every front that matters.