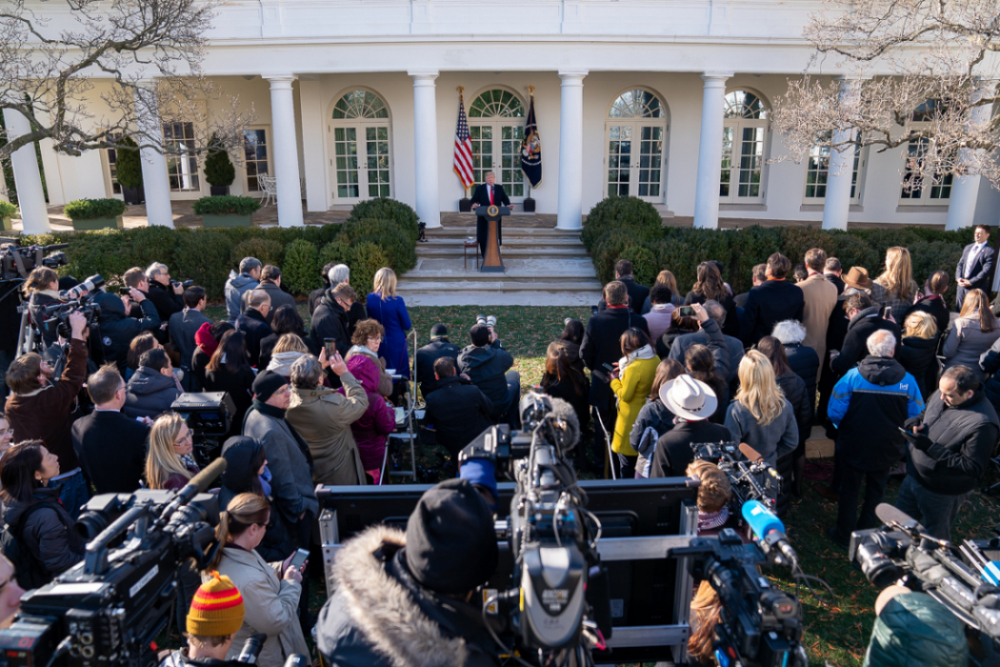 He caved to Republicans on funding for his border wall – twice – and now U.S. president Donald Trump appears to be caving to Democrats on a deal to end the latest partial shutdown of the federal government (a fight that began over … you guessed it … funding for the wall).

Except we are not supposed to call this a “cave,” according to Trump’s staunchest media apologist.

“Anyone out there, by the way, thinking President Trump caved … you don’t really know the Donald Trump I know,” Fox News host Sean Hannity insisted last week. “He will secure the border, one way or another.”

Will he, though?  Two years into his presidency, Trump has utterly failed to deliver on his signature campaign promise – a wall along the 1,954-mile border between the United States and Mexico that will (ostensibly) stem the tide of illegal immigration into this nation.

After vowing that Mexico would pay for the wall – which is estimated to cost anywhere between $25-30 billion – Trump has since bowed to the fact that the project will be subsidized by taxpayers.  Accordingly, he has sought $5.7 billion as a downpayment on the structure in the latest Washington, D.C. spending deal – which is $4.4 billion more than Democrats are willing to give him.

This disputed amount is what precipitated a record, 35-day partial shutdown of the federal government that began on December 22 and ended – at least temporarily – on January 25.

According to Hannity, Trump still “holds all the cards” when it comes to securing this additional $4.4 billion for the initial wall downpayment. 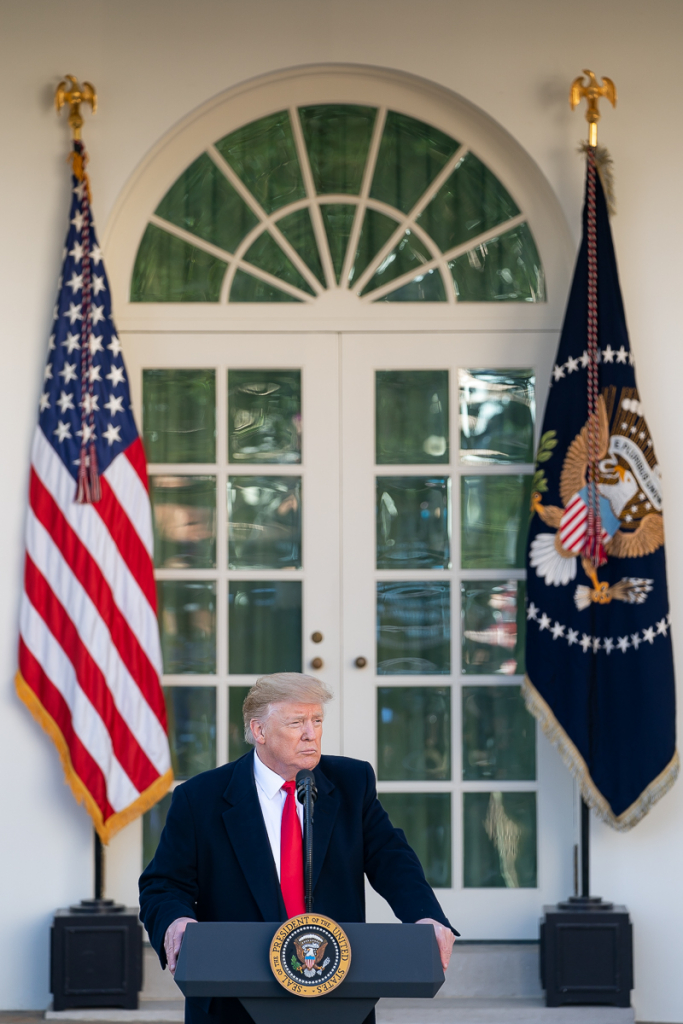 If Trump doesn’t get the funding deal he wants by February 15, he will partially shut down the government again – or declare a national emergency along the border and fund the wall out of the billions of dollars in new money recently plowed into the U.S. Department of Defense (DOD).

Funny … that is essentially the same proposal Trump rejected just two weeks ago when it was proposed by liberal Republican senator Lindsey Graham of South Carolina.

Needless to say, Trump’s base was displeased with his handling of the situation … just as they were displeased with his failed attempt to broker an end to the partial shutdown last week via the granting of amnesty to an estimated 800,000 undocumented immigrants.

“Good news for George Herbert Walker Bush: As of today, he is no longer the biggest wimp ever to serve as President of the United States,” conservative commentator Ann Coulter tweeted.

Coulter later appeared on Bill Maher’s Real Time program where she was called out for her prior support of Trump.

“You voted for him, Donald Trump, and now you’re finding out he’s a lying conman,” Maher said to Coulter. “What was your first clue?”

She is not alone in that sentiment.  This news outlet endorsed Trump in 2016 (twice) because we believed that he – unlike the fiscally liberal, open borders GOP establishment – was willing to “walk the walk” on any number of fronts critical to fulfilling his signature campaign vow to “Make America Great Again.”

Unfortunately, Trump continues to disappoint us on virtually every front … which is why this news outlet recently concluded that “there is no way in hell we will be endorsing him again in 2020.”

“Trump is a broken man,” conservative activist and former Trump backer Mike Cernovich tweeted.  “It’s over for him.”

Meanwhile, mainstream media luminaries – whom Trump has derided (often correctly) as “enemies of the state” – laid bare the political repercussions of his latest hoisting of the white flag.

“Not only did Trump alienate moderates with a shutdown, he upset his core 35 percent by caving – and, most significantly for 2020, did it all as Democrats held together on a major issue fight,” noted reporter Maggie Haberman of The New York Times.

To be clear: We hope Trump adopts the hardest possible line on the issue of illegal immigration when February 15 rolls around.  This news outlet has never breathed fire on the issue of illegal immigration, but we support funding for the border wall – which we view as a core function of government (securing the homeland).  We also believe pathways to “status” – not citizenship – for illegal aliens should be rigorously and consistently enforced.

We are not trying to come off as cold or unfeeling, but as we have said on numerous prior occasions America’s lifeboat is full.  We cannot afford to continue subsidizing perpetually open borders – nor can we continue to adhere to the constitutional bastardization of “birthright citizenship.”

Such policies are simply no longer sustainable …

Trump was supposed to be a champion on border security and hard line immigration reform, but halfway through his term in office it is becoming abundantly clear he would rather “cut and run” than “stand and deliver.”

Which is our way of saying we aren’t expecting much out of him come February 15 … or any date thereafter.