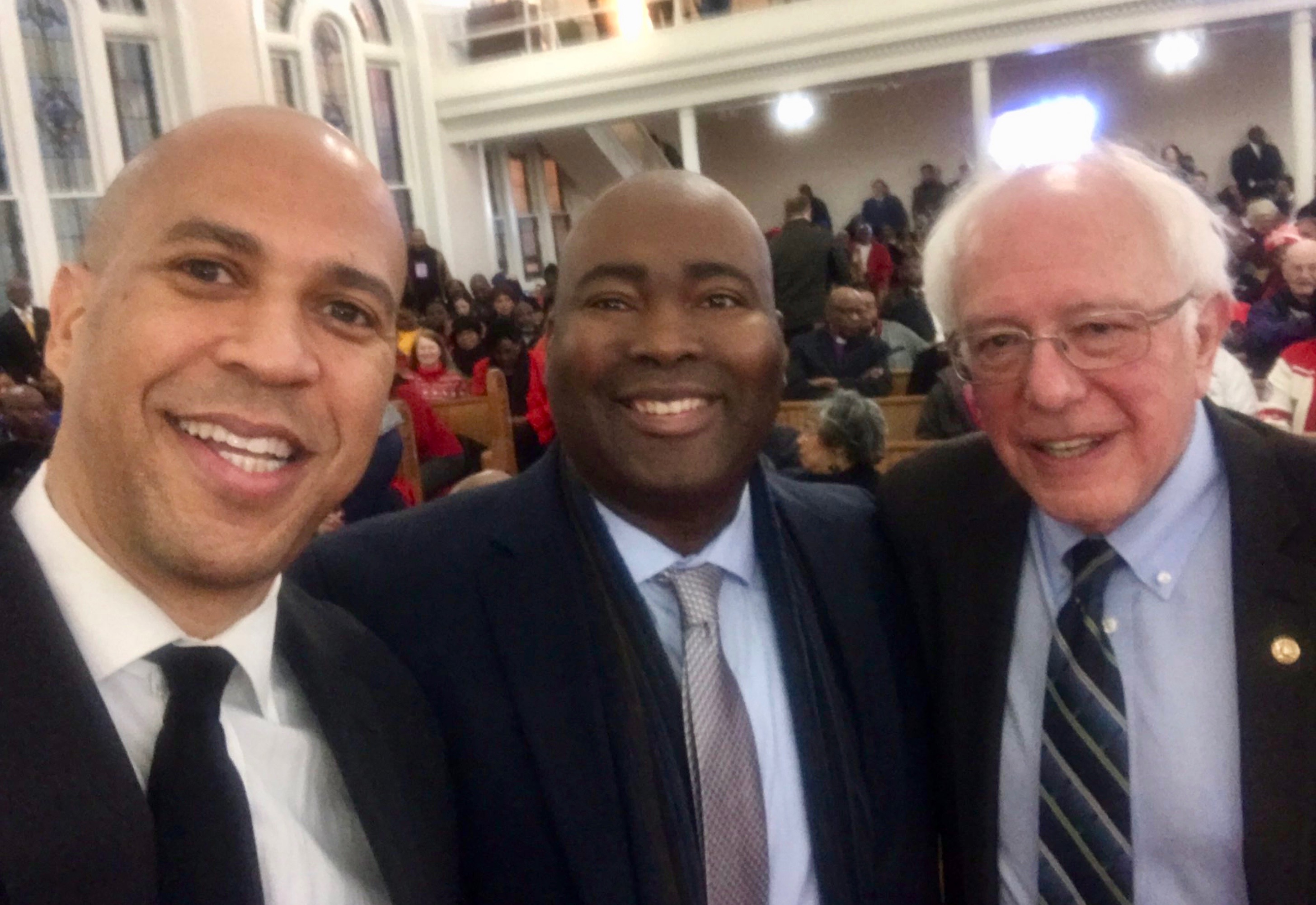 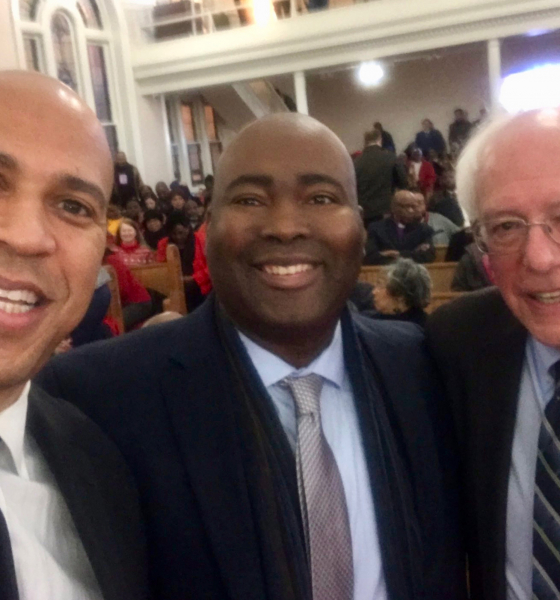 Cory Booker, Bernie Sanders make “First in the South” stops … not everyone impressed.

Cory Booker of New Jersey and Bernie Sanders of Vermont attended a service at Zion Baptist Church in downtown Columbia, S.C. prior to marching on the state capitol to participate in MLK Day ceremonies there.  Sanders is also scheduled to appear at a student forum at Benedict College in Columbia on Tuesday afternoon.

Worth nothing?  A black pastor at the church service – Shawn Johnson – chided politicians (including Democrats) for their alleged failure to “champion our causes.”

“Don’t be here just for a photo opportunity,” Johnson said from the pulpit.  “Don’t march today just to say you marched.”

The presidential politicking – and subsequent callout – came just hours after one of Sanders and Booker’s liberal colleagues, Kamala Harris of California, formally entered the 2020 election.

“I am running for president of the United States,” the 54-year-old Oakland native said. “And I’m very excited about it.”

Harris – who is seeking to become the nation’s first female president – has her own Palmetto State trip scheduled for later this week, incidentally.

Booker and Sanders’ trip also comes a day after another one of their liberal colleagues – Elizabeth Warren of Massachusetts – announced her first visit to South Carolina since launching a presidential exploratory committee.  Many others in this potentially massive field are also making plans to come to the Palmetto State, which hosts the “First in the South” presidential primary every four years.

Sanders, 77, ran for president in 2016 against eventual nominee Hillary Clinton – and the Democratic party apparatus, apparently.

The avowed socialist appears to be gearing up for another run, although he has yet to state his plans definitively.

If he does run, he will need to do much better with black voters – particularly in the south.  In fact, this was the focus of a piece by reporters Joshua Jamerson and Ken Thomas appearing in today editions of The Wall Street Journal.

Meanwhile Jamerson mocked Sanders on Twitter for a “Medicare for y’all” sign placed by a political action committee that supports the socialist’s political aspirations.

As noted in our previous 2020 coverage, this news outlet endorsed Trump (twice) during the last presidential campaign – including prior to the February 2016 “First in the South” presidential primary in the Palmetto State.  Unfortunately, we believe the forty-fifth president has failed to live up to his promises on any number of issues including spending cuts, tax reform, the nomination of pro-life judges and his proposed wall on the U.S.-Mexican border.

In fact, Trump has shown vacillation on the immigration issue both before and during the partial government shutdown that has ensued over funding for the wall … which he originally said Mexico was supposed to subsidize.

Yet while we are by and large disappointed in Trump, our news outlet has no interest in supporting a liberal Democrat for the presidency.  And based on how the last liberal presidency turned out, neither should you.

Still, our microphone remains open to any of the 2020 aspirants in the event they ever wish to make use of it in communicating their views to our readers …

Got something you’d like to say in response to one of our stories? Please feel free to submit your own guest column or letter to the editor via-email HERE. Got a tip for us? CLICK HERE. Got a technical question or a glitch to report? CLICK HERE. Want to support what we’re doing? SUBSCRIBE HERE.
Banner: @HarrisonJaime