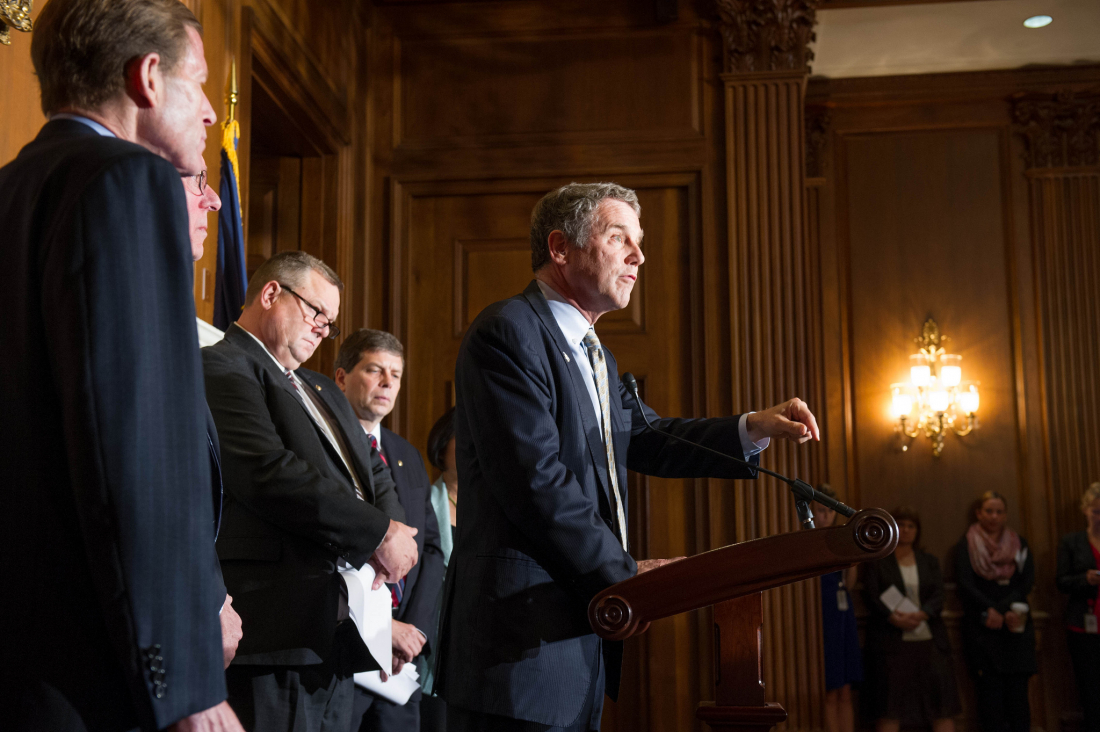 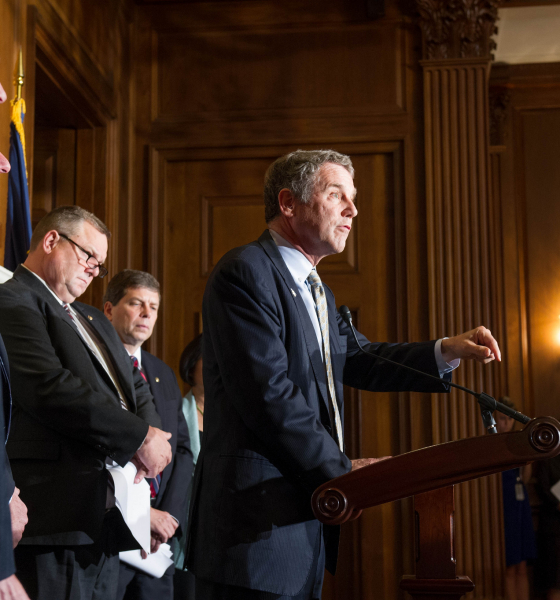 Another Washington liberal tests the waters …

This time it is third-term U.S. senator Sherrod Brown of Ohio, who is embarking upon a four-state “Dignity of Work” tour as a possible prelude to a presidential campaign.

“Dignity of work means hard work should pay off for everyone, no matter who you are or what kind of work you do,” Brown tweeted in announcing his tour.  “Over the next few months, I’ll be traveling around the country to hear from the people who make this country work.”

Brown served seven terms in the U.S. House of Representatives from 1993-2007.  Prior to that he served two terms as Ohio secretary of state from 1983-1991.  In 2006, he defeated two-term incumbent Republican Mike DeWine to claim his seat in the U.S. Senate.

Brown was reelected by Ohio voters in 2012 and 2018 – winning his most recent election by a 6.8 percentage point margin.  Not bad for a state that U.S. president Donald Trump carried by 8.1 percentage points in 2016.

A devout progressive populist, Brown is like most national liberals when it comes to fiscal and social issues – including his unwavering support for abortion-on-demand.

Having said that, we do appreciate his non-interventionist streak when it comes to foreign policy (he voted against the Iraq War) and we also appreciate that he has been right on trade issues in the past (voting against the failed North American Free Trade Agreement – or NAFTA).

Beyond that, though, we see little to like about the guy …

“People are working harder and producing more than ever before,” Brown wrote on his pre-campaign page.  “But their wages are flat and the cost of everything from healthcare, to rent, to college tuition is up. Even people with good jobs tell me they don’t feel stable. And many people find it difficult, if not impossible, to save for retirement.”

All of that is true … and Brown is smart to focus on these economic issues (and the underlying income inequity) is his campaign pitch.

But what is he going to do about it?

America cannot tax and spend its way to utopia … especially considering it is nearly $22 trillion in debt.

With the red ink skyrocketing …

The ongoing era of obscenely big government – advanced by Republicans and Democrats alike – has only exacerbated the problems faced by middle- and lower-income Americans.  In fact, we recently published an excellent guest column from Manzanita Miller of the center-right Market Research Foundation (MRF) highlighting the failure of liberal pipe dream policies like those advanced by Brown and other Democratic presidential contenders.

Does anyone really believe Brown’s brand of progressive populism has any more or less substance than the snake oil being sold by the rest of the pseudo-socialist Barack Obama-wannabes seeking the Democratic nomination?