by KELLI INGRAM || There are children in our own communities across the state of South Carolina who are also torn from their mother’s arms just like the children at the border and their trauma runs far and wide and will affect them for the rest of their lives.  These are the children in foster care; the ones who are in the custody of the S.C. Department of Social Services (SCDSS); the ones whose voices are muffled and cries are silenced every single day.

For their own safety they are removed from their parents’ care and placed into the care of complete strangers and then drown in the deep waters of the foster care system.

In April of 2015 we became foster parents and in May a beautiful baby boy with a head full of black hair came into our home and I’ll never forget the first time I held him.  He was three weeks old and we assumed we would only have him for six months or so and then he would be returned to one of his parents once they completed their proposed treatment plan in order to regain custody.  Fast forward to a year later and his mother decided to sign papers relinquishing her rights and naming us as his adoptive parents.

We took our adoption action to court and SCDSS showed up to dismiss our private adoption case stating that his biological mother was a “non-entity” even though her rights had not yet been terminated and that we were “merely the foster parents.”

When that little boy was nineteen months old SCDSS came to our home and took him out of my arms and we never saw him again.  In one day he lost everything he knew, the only mother and father he knew and four doting big sisters.  Watching him ride away in that government vehicle with his case worker who was one of the coldest people I’ve ever met just about brought my husband and me to our knees as we stood in our driveway.

Our boy strained in his car seat to watch us as they pulled away and he had no clue that it would be the last time he’d ever see us.  We did everything we could do to fight for his good and yes, we were strongly attached to him, but here’s the heart of this story: That little boy was very strongly attached to us and that is all that mattered.

Broken attachments are known to be “Adverse Childhood Experiences” which affect children for the rest of their lives and trauma occurs anytime a child is taken from whomever that child sees as their parent, not just their biological parents or blood relatives. Every time a secure attachment is broken the trauma just builds on top of past trauma and if we as a society cannot start to understand attachment and the way children bond to their caregivers then we are going to continue to see children suffer the consequences of mental injuries and later down the road we will see our state prisons filled with the grown up versions of these children.

Just weeks after we saw our boy for the last time my husband and I met with then-lieutenant governor Henry McMaster who was just days away from being sworn in as our governor.  We had the privilege of sitting in his office and telling him our story and what was going on in the agency that he was about to take on.  We were very honest with him about the issues within the agency and the animosity towards foster parents.  We watched his assistant take copious notes as we poured out our hearts and all but begged him to change the way SCDSS disregards child psychology.  But sadly there was never any kind of follow-up on that point and it became clear to me that the emotional needs of orphans and vulnerable children are not at the top of his priority list.

Governor McMaster’s SCDSS causes mental injury to children every single day in this state and it’s no wonder when they don’t even have a child psychologist on staff.

How can you make informed decisions on behalf of children when you hire people who have absolutely no background in the psychological complexities of children who have been abused and neglected?  Who is it in these back rooms making decisions for the children in foster care?  What credentials do they have to decide who should be caring for these children or who should adopt them?  More times than not they have none; I have been told most of them do not even have undergrad degrees in child welfare, let alone child psychology.  And this is not an indictment against case workers or staff, but against leadership; in fact most case workers I know genuinely care about kids and even they have expressed concern to me that they are not qualified or trained to make these decisions.

Over and over again I have seen SCDSS take securely attached children who have the opportunity to be adopted by foster parents whom they have been with for YEARS and tear them away to be placed with distant blood relatives who have all of a sudden risen to the surface, so that they can be with “kin.”  Where is the public outcry or media coverage for this injustice?  Ask anyone on the street in any county of South Carolina and they will tell you that is the most inhumane, calloused decision you can make for a child who has been bonded to their caregivers for years.

SCDSS says they follow policy but it’s only ever the policies that are the most convenient for them; others are ignored and children suffer at the hands of over-worked, underpaid and unqualified staff.

So here we are at a cross roads in our state and we need reform.  We need fresh new eyes; we need folks who are educated in bonding and attachment and who care about preventing childhood trauma.  We need new people running SCDSS and right now the only road I see to lead us to true change is to vote a new governor into office.  If you want to see the great state of South Carolina move forward in child welfare and be a state that values keeping families together then I implore you to vote for John Warren as our new governor.

I know him and his wife personally and I know that he cares about children and wants reform at SCDSS just as much as I do.  Let’s not watch our child welfare system sit stagnant any longer and let’s vote for a man who has a passion for the plight of the orphan.  The people of our great state do care for its most vulnerable citizens and I have seen a wave of people rising up in our community and I truly believe this generation will be the one to radically prioritize children first. So let’s elect a leader who will reflect our passionate concern for our children just like we’ve watched our nation’s outcry for the children at the border. 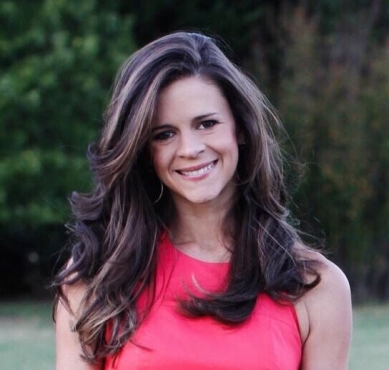 Kelli Ingram is a wife, mother to six children by birth, adoption and foster care and passionate about caring for the plight of vulnerable children.