This news site is no longer in the business of defending U.S. president Donald Trump.  Why?  Because on too many occasions, he’s chosen to maintain … not drain … the Washington, D.C. swamp.

Had Trump been a conventional candidate for president this would have been fine.  Well, not fine … but expected.

Trump was not a conventional candidate, though, he was a revolutionary one … or at least he was supposed to be.

He took on both the “Republican” and Democratic establishments in our nation’s capital.  And defeated them both.  He also beat back the military-industrial complex – as well as the propaganda machines posing as “mainstream media” (including his new favorite news channel).

As such, his administration was supposed to be a populist insurgency, not a case study in ongoing accommodation.

Unfortunately, ongoing accommodation is exactly what we’re getting from Trump … with a price tag that defies comprehension.

Anyway, just because we’ve lost faith in Trump doesn’t mean we are going into the business of aiding and abetting his enemies when they attack him groundlessly.

To be specific, it doesn’t mean we’re going to go rushing into the arms of even more fiscally reckless politicians – or start listening to politicized “law enforcement” officers perpetually peddling the notoriously overblown “Russian meddling” narrative.

From the very beginning, we’ve called this scandal out for what it is – an elaborate effort to cover up the real rigged election of 2016, the Democratic nomination of Hillary Clinton and subsequent efforts to cover up her crimes.

As we’ve repeatedly noted, Clinton was guilty as hell of deliberately violating multiple federal open records statutes – including illegally transmitting classified information over a non-secure email address.  Not only that, she repeatedly lied about it to the American people and appears to have deliberately destroyed evidence related to a federal investigation into her actions.

It didn’t matter, though, because that investigation – like Clinton’s nomination – was rigged in her favor.

Enter Michael Cohen, an attorney of Trump’s who handles that for him.

Two months ago, Cohen told The New York Times that he paid $130,000 to adult film star Stormy Daniels out of his own pocket as part of a nondisclosure deal precluding her from discussing her relationship with Trump.  Cohen added that he neither sought nor received reimbursement from Trump, any of his businesses or his political campaign for the controversial payment.

Daniels has since sued Trump, arguing that Cohen broke the deal by discussing it.

You know … the “first rule of Fight Club.”

“A guy walked up on me and said to me, ‘Leave Trump alone. Forget the story,'” Daniels told Anderson Cooper during a nationally televised interview last month. “And then he leaned around and looked at my daughter and said, ‘That’s a beautiful little girl. It’d be a shame if something happened to her mom.’ And then he was gone.”

Daniels has also hinted that she might have evidence to support her claims about Trump. 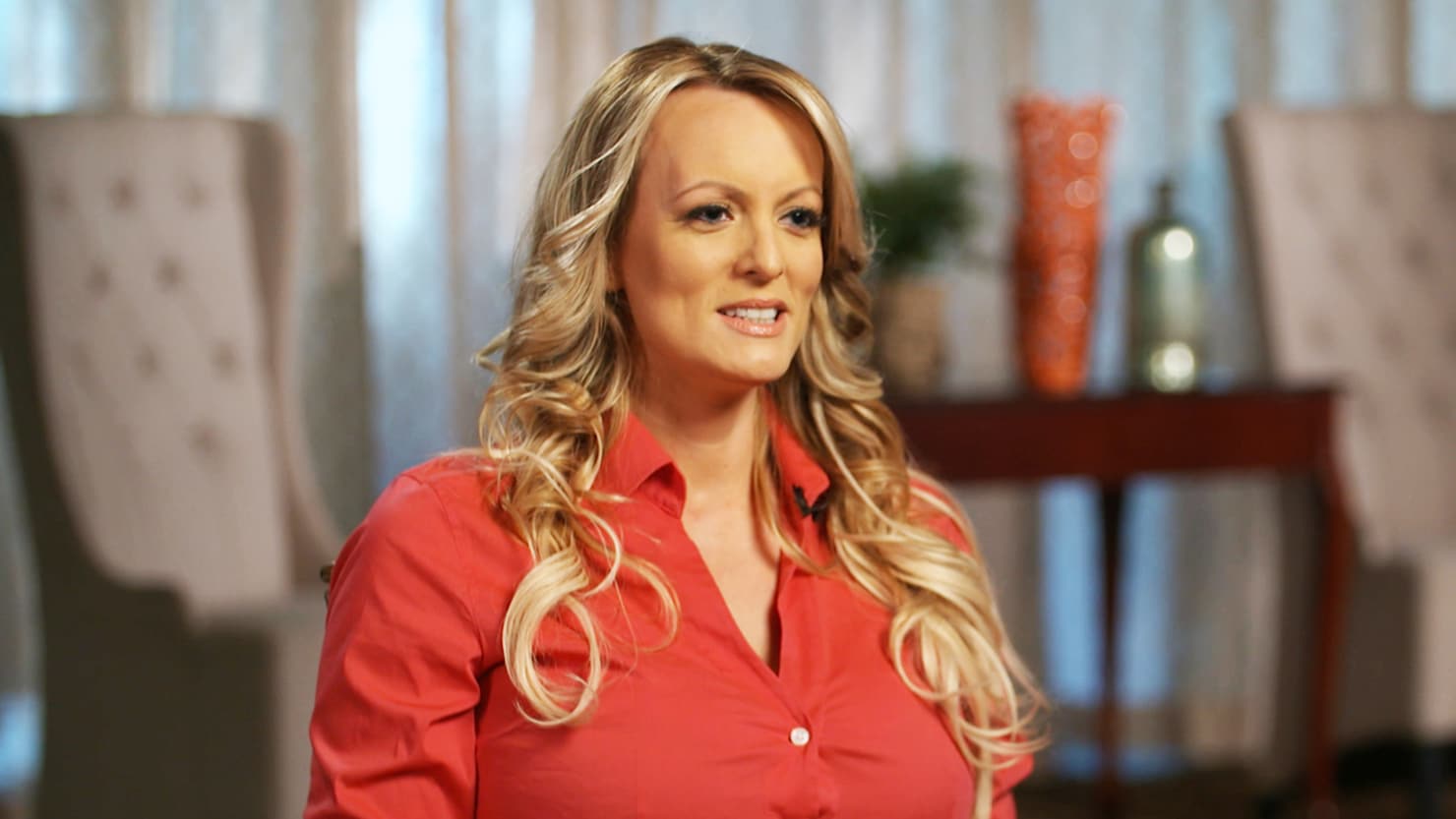 This week, the storm over Stormy (above) reached category five status.

On Monday, agents of the Federal Bureau of Investigation (FBI) raided Cohen’s Rockefeller Center office in New York City and a Park Avenue hotel room where he resides, seizing a host of records that are rumored to include documents related to the Daniels’ payoff.  The raid was based on a search warrant obtained via a referral from former FBI director Robert Mueller, whose investigation into the “Russian meddling” allegations has produced nothing but liberal spin up to this point.

Mueller’s investigation has also ignored compelling evidence related to what really happened in 2016 – prompting us to withdraw our initial support for the probe.

Not surprisingly, Trump was incensed by the raid.

“So, I just heard that they broke into the office of one of my personal attorneys – a good man,” he told reporters on Monday prior to a meeting with his military advisors. “It’s a disgraceful situation. It’s a total witch hunt.”

So … what gives with this raid?

Is it a legitimate inquiry into a possible crime?  Or is it – as Trump contends – a violation of his right to due process (how ironic would that be)?

It’s not immediately clear … but the raid(s) against Cohen clearly represents the most direct shot Mueller has taken at Trump.  For the moment.

Will it hit its target?  And if so, will it draw blood?

We remain convinced Mueller’s investigation is a sham intended to do political damage to Trump.  Of course at this point, we don’t really care whether Trump is damaged politically or not.  Having said that, we will continue to defend Trump’s right to due process … even if he doesn’t defend ours.