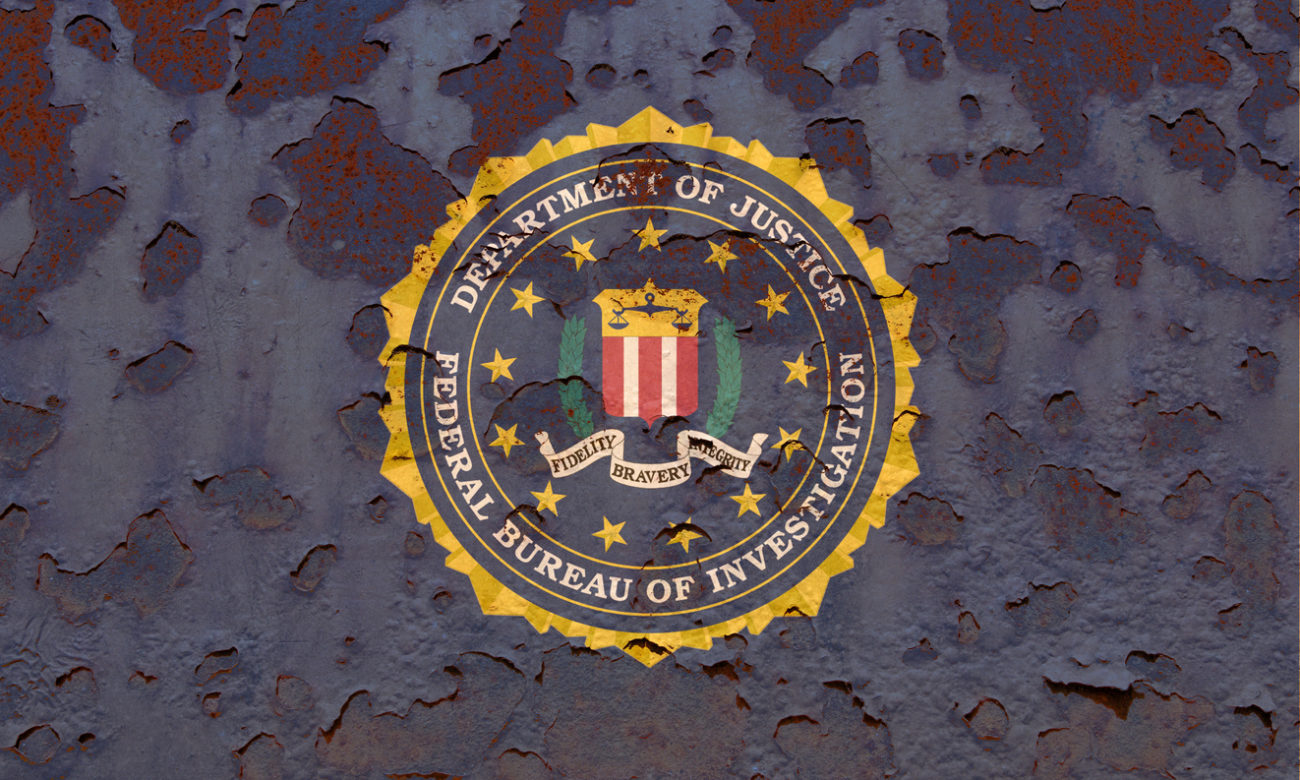 This news site isn’t part of the cult of U.S. president Donald Trump.  We endorsed him (twice) in the 2016 presidential election – and have been generally supportive of his policies since he took office.  But he also routinely disappoints us, and when he does we’ve never hesitated to call him out (click here and here for two recent examples).

On the whole we think Trump is far better than the alternative (i.e. a Democrat or an establishment “Republican”) … but he’s also nowhere near as good as he promised us he was going to be.

Here’s a guy who took on the entire Washington, D.C. establishment – including broad swaths of his own party – to get where he is today.

Shouldn’t he be uncompromisingly advancing the ideals (and fulfilling the promises) of his insurgent candidacy?

We certainly think so …

Anyway, while we don’t servilely praise Trump or reflexively endorse his policies we have roundly condemned ongoing efforts by the far left and its media mouthpieces to destroy him via the so-called “Russian meddling” scandal.   Specifically, we’re referring to the discredited dossier that was funded by the Clinton campaign (and prior to that by Trump’s establishment “Republican” rivals).

From the very beginning, we’ve called this scandal out for what it is – an elaborate effort to cover up the real rigged election of 2016, the Democratic nomination of Hillary Clinton and subsequent efforts to cover up her crimes.

As we’ve repeatedly noted, Clinton was guilty as hell of deliberately violating multiple federal open records statutes – including illegally transmitting classified information over a non-secure email address.  Not only that, she repeatedly lied about it to the American people and appears to have deliberately destroyed evidence related to a federal investigation into her actions.

It didn’t matter, though, because that investigation – like Clinton’s nomination – was rigged in her favor.

As we’ve since learned, the Federal Bureau of Investigation (FBI) was completely in the tank for Clinton – while actively conspiring against Trump.  It was the pièce de résistance of the political weaponization of law enforcement under the administration of former U.S. president Barack Obama. 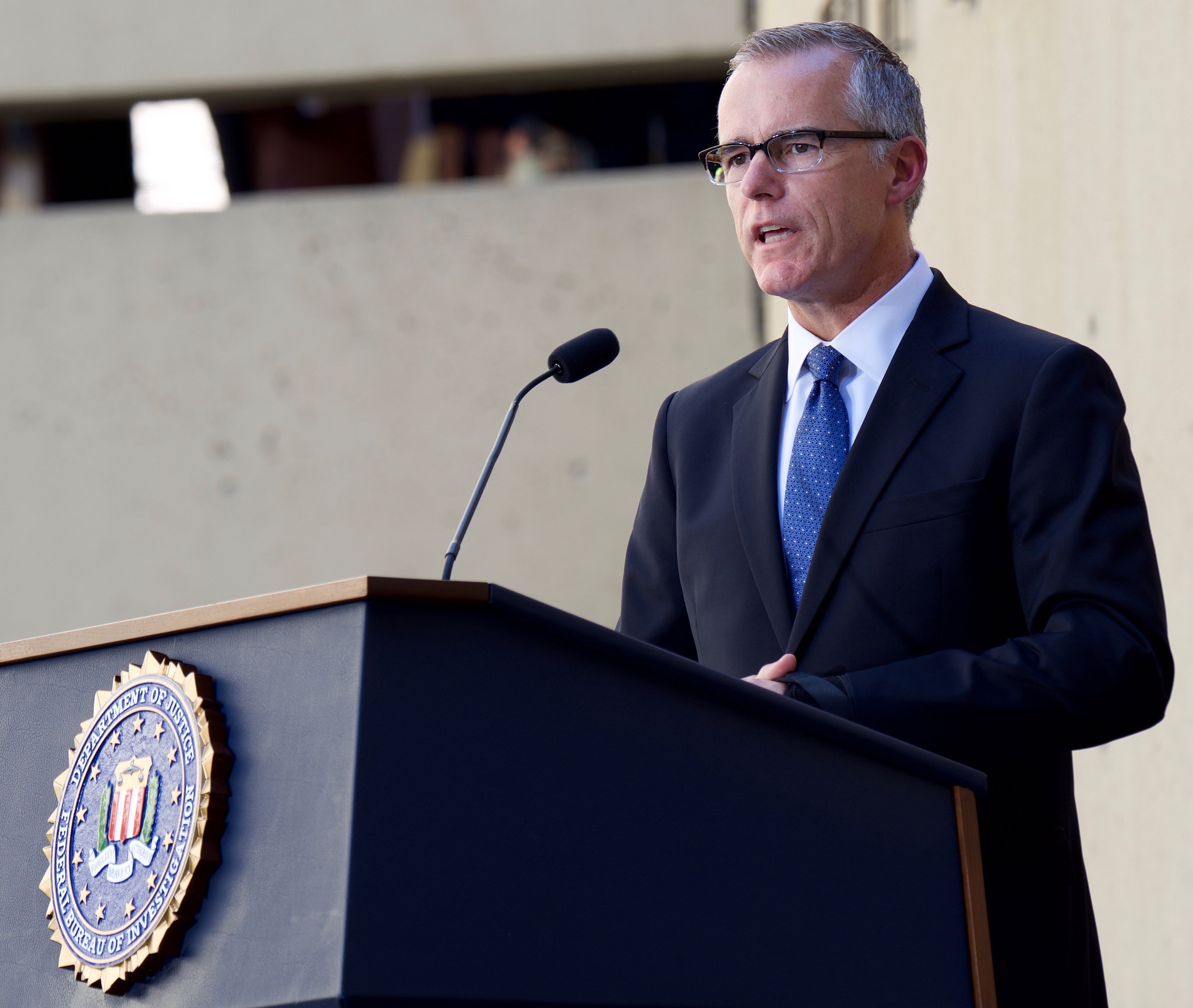 “Pursuant to Department Order 1202, and based on the report of the Inspector General, the findings of the FBI Office of Professional Responsibility, and the recommendation of the Department’s senior career official, I have terminated the employment of Andrew McCabe effective immediately,” U.S. attorney general Jeff Sessions said in a statement.

“After an extensive and fair investigation and according to Department of Justice (DOJ) procedure, the Department’s Office of the Inspector General (OIG) provided its report on allegations of misconduct by Andrew McCabe to the FBI’s Office of Professional Responsibility (OPR),” Sessions continued.  “The FBI’s OPR then reviewed the report and underlying documents and issued a disciplinary proposal recommending the dismissal of Mr. McCabe.  Both the OIG and FBI OPR reports concluded that Mr. McCabe had made an unauthorized disclosure to the news media and lacked candor – including under oath – on multiple occasions.”

U.S. justice department inspector general Michael Horowitz has been conducing an internal probe into the FBI’s handling of the Clinton investigation.  His report has yet to be made public, but its release is imminent – and is said to contain damning information about McCabe and former FBI director James Comey, who was fired by Trump last May.

“The FBI expects every employee to adhere to the highest standards of honesty, integrity, and accountability,” Sessions added in his announcement of McCabe’s termination.  “As the OPR proposal stated, ‘all FBI employees know that lacking candor under oath results in dismissal and that our integrity is our brand.'”

McCabe lashed out at his former boss – and against Trump.

“This attack on my credibility is one part of a larger effort not just to slander me personally, but to taint the FBI, law enforcement, and intelligence professionals more generally,” McCabe said. “It is part of this Administration’s ongoing war on the FBI and the efforts of the Special Counsel investigation, which continue to this day. Their persistence in this campaign only highlights the importance of the Special Counsel’s work.”

As is his custom, Trump weighed in on McCabe’s firing via Twitter, calling it a “great day for the hard working men and women of the FBI.”

Andrew McCabe FIRED, a great day for the hard working men and women of the FBI – A great day for Democracy. Sanctimonious James Comey was his boss and made McCabe look like a choirboy. He knew all about the lies and corruption going on at the highest levels of the FBI!

Trump had nothing to do with McCabe’s firing, according to his spokesperson Sarah Sanders.

“That’s a determination we left up to attorney general Sessions, but we do think that it is well documented that he has had some very troubling behavior and has been a bad actor,” Sanders said.

Technically Sessions didn’t make the decision to fire McCabe, either.  He simply accepted a recommendation from the FBI’s office of professional responsibility.

Again, we don’t care about the process.  Or the “process bitching” from the liberal press …

If you think firing McCabe was totally the right thing to do and fully justified, ask yourself this: Why was it done at 10 pm on a Friday night?

We have previously referred to the political weaponization of the FBI and the DOJ as “damning and indefensible.”  We also believe it casts a pall over the ongoing probe led by U.S. special counsel and former FBI director Robert Mueller (an inquiry which our news site originally supported).

Unfortunately, Mueller’s investigation appears to be every bit as rigged as the Clinton probe.

The end result of all this?  Further erosion of public trust in an institution that ought to be the most trusted in the land.

If we’ve said it once we’ve said it a million times: Law enforcement is a core function of government – at multiple levels.  As such, it must be conducted with maximum efficiency, accountability and transparency.

In other words, it cannot be manipulated in pursuit of political outcomes by corrupt politicians, bureaucrats and their defenders in the legacy press …