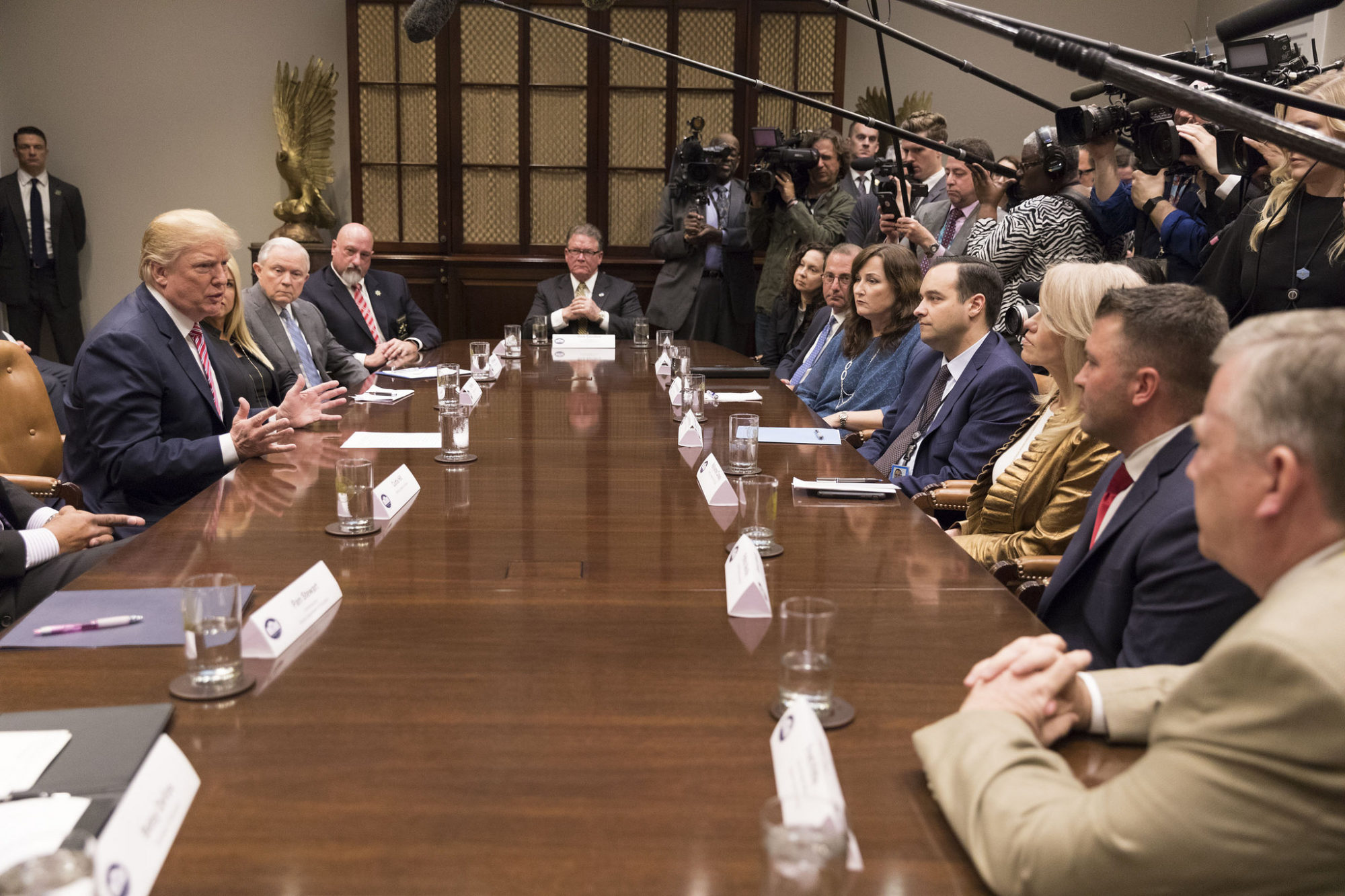 U.S. president Donald Trump is getting blowback from his base – a rarity – after making some constitutionally questionable comments during a meeting with lawmakers in Washington, D.C. this week.

Specifically, Trump said he supported taking guns from individuals who are believed to be dangerous – due process be damned.

“I like taking the guns early, like in this crazy man’s case that just took place in Florida … to go to court would have taken a long time,” Trump said. “Take the guns first, go through due process second.”

Trump is obviously referring to the failure of the Federal Bureau of Investigation (FBI) to respond to credible information regarding threats made by Nikolas Cruz, the perpetrator of last month’s school shooting in Parkland, Florida that left 17 people dead.

More specifically, he was responding to comments made during the meeting by vice president Mike Pence.

“Allow due process so no one’s rights are trampled, but the ability to go to court, obtain an order and then collect not only the firearms but any weapons,” Pence said.

“Or, Mike, take the firearms first, and then go to court,” Trump responded

That’s not how this works.

Conservative commentator Ben Shapiro referred to Trump’s comments as a “betrayal,” arguing the right would have lost its mind had similar statements been made by former U.S. president Barack Obama.

“This is all disgraceful nonsense,” Shapiro wrote for Daily Wire.  “The Constitution guarantees due process. Trump can’t waive it, and to suggest that we simply ignore due process in order to seize guns is both fascistic and idiotic. If Obama had done the same, Republicans would have started drawing up articles of impeachment.”

This news site endorsed Trump (twice) … but we have been unafraid to call him out when we think he deserves it.

Does he deserve it here?  Absolutely …

We understand the reflexive need to blame something in the aftermath of tragedies like the school shooting in Florida.  However eroding our most fundamental freedoms is never the answer.