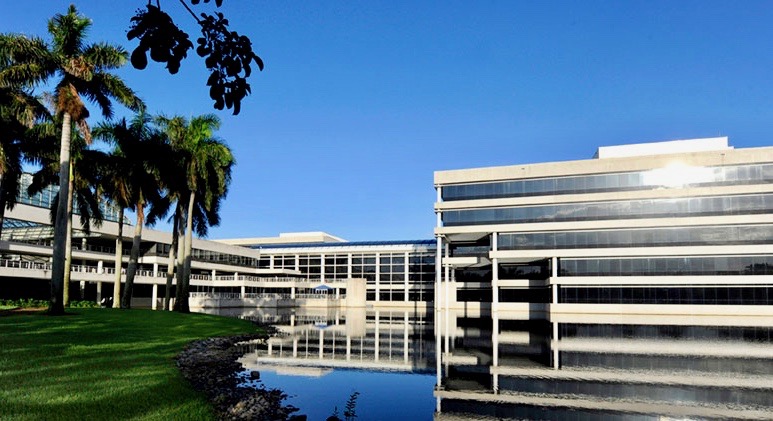 A South Carolina senator who represents the area decimated by #NukeGate – a spectacularly failed command economic intervention in the energy industry – has been in secret talks with a company he hopes can extricate the Palmetto State from the mess.

Senator Mike Fanning – who says he’s “not a fan” of the deal submitted earlier this month by Virginia-based Dominion Energy – has been negotiating behind the scenes with Florida-based NextEra Energy, a company reportedly interested in purchasing both crony capitalist power provider SCANA and government-owned utility Santee Cooper.

Fanning isn’t the only state lawmaker involved in such sub rosa discussions either, we’re told.

Numerous elected officials in the Palmetto State are meeting behind closed doors with the various out-of-state companies vying to play a starring role in South Carolina’s energy future – which is looking bleaker than it has in decades in the aftermath of the #NukeGate debacle.

For those of you waking up from an extended nap, SCANA and Santee Cooper spent the past decade building two next-generation nuclear reactors in Jenkinsville, S.C. at a cost of $9.8 billion.  The money was spent, but the reactors were never finished.  In fact they’re not even half-finished – with the cost to complete them reportedly ranging anywhere from $9-16 billion.

Unable to pony up that kind of cash, Santee Cooper pulled the plug on the project six months ago – killing an estimated 5,600 jobs, squandering billions of dollars in investment (including more than $2 billion raised through rate increases on consumers) and throwing the state’s energy future into chaos.

Documents released in the fall revealed executives at the two utilities knew over a year-and-a-half ago that the reactors were doomed – yet continued to raise rates on consumers anyway.  In fact, ratepayers are still shelling out an estimated $37 million per month on these reactors.

All of this socialization of investment risk was authorized by the now notorious Base Load Review Act, a piece of constitutionally dubious special interest legislation advanced by liberal “Republicans” – and allowed to become law by former governor Mark Sanford.  Not surprisingly, many of the politicians who supported this special interest legislation are now running for their lives (or flip-flopping as the political winds blow hither and yon).

In addition to the political fallout and corporate maneuvering, #NukeGate has prompted a flood of lawsuits and a rapidly escalating, multi-jurisdictional criminal probe.  Additional litigation is likely forthcoming no matter what lawmakers decide to do with the hated law – with the potential to tie any agreement in knots for years.

That pretty well brings us up to the present … and a bitter insider battle raging at the S.C. State House over how best to pick up the pieces of what amounts to a $10 billion hole in the ground.

Dominion has offered $14.6 billion to buy SCANA (including $1.3 billion in reimbursements to its ratepayers), but its proposal has been harshly criticized by many lawmakers – including Fanning – who believe it doesn’t offer enough in the way of future ratepayer relief.  Accordingly, the former educator has taken it upon himself to enter into conversations with another out-of-state energy company in the hopes of striking a better deal.

“I have been in communication with NextEra – I don’t know if I would call it brokering a deal, though,” Fanning told us. “Obviously I am not a fan of the Dominion deal.”

In fact, Fanning (below) accused the company of “holding a gun to our head” – a curious way to describe the proposed SCANA purchase. 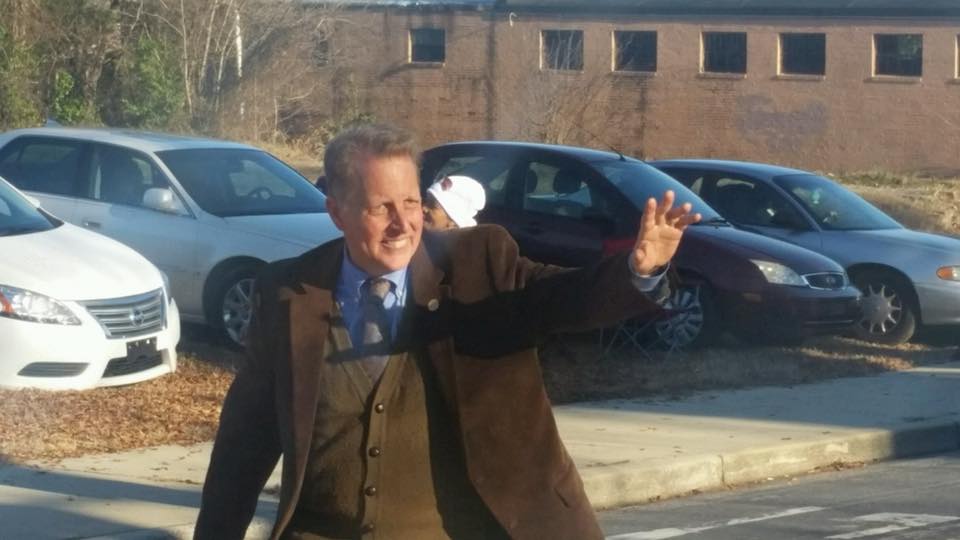 “They are not here to save South Carolina,” Fanning said of Dominion, whose executives he has mercilessly blistered during the #NukeGate debate at the S.C. State House.

According to the freshman senator – whose district includes the Fairfield County town where the abandoned reactors are located – his negotiations with NextEra are focused on finding what he believes will be a better deal for the state.

“I want them to know if we are able to get a deal on the table it has to be significantly better than what is currently out there,” he said.

“They need to know that I will attack them with the same vociferousness,” he told us.

Fanning declined to discuss the particulars of his conversations with NextEra executives, however he claimed they did not include a discussion of specific reductions in the “nuclear surcharge” hundreds of South Carolina ratepayers are still shelling out for the uncompleted reactors.

“I do not have a number,” Fanning said of the future costs associated with the abandoned project. “I purposely have not asked them for a number.”

“I told them that if you can get it to zero in the future, I’ll take whatever the hit is in the past,” he said. “These are the conversations I’m having with NextEra and the other companies.”

“It’s not just NextEra – there are other players out there,” Fanning said. “And not just those who have submitted offers to the governor’s office for Santee Cooper but those who have expressed an interest in SCANA as well. I’ve been reaching out to them.”

According to Fanning, there are at least two other companies he has been negotiating with, although he declined to identify them.

This news site reported earlier this month on rumors of a NextEra offer for SCANA, however as of this writing no such offer has materialized.  According to our sources, the rumored NextEra offer involved a deal to purchase both SCANA and Santee Cooper.

NextEra was funding an advocacy group in South Carolina earlier this month, however this organization – led by former U.S. congressman Gresham Barrett – went silent after a reporter with The (Columbia, S.C.) State newspaper exposed its relationship to the energy conglomerate.

“They have been very present,” he told us.

Why is Fanning negotiating independently on the #NukeGate deal?

“I am in a place of leverage,” he told us, adding that he and his colleagues in the General Assembly “need to have as many offers as possible.”

“I’m going to keep doing what I can to flesh out additional offers,” he said.

Fanning also told us he’s responding after Dominion and SCANA “inserted” lawmakers into the deal.  How did they do that?  According to him, by making their agreement contingent on lawmakers preserving the Base Load Review Act.

Wait … wasn’t it the General Assembly that “inserted” all of us in this mess ten years ago when it allowed SCANA and Santee Cooper to subsidize this project on our backs?

Now we expect the same lawmakers to “negotiate” an exit strategy on our behalf?

Obviously Fanning wasn’t in the General Assembly at the time, but most of his colleagues were …

Our view on all of this?  As we’ve stated repeatedly, we prefer a negotiated settlement to a protracted legal battle that could conceivably cripple the state’s economic viability for years to come – and potentially destroy its credibility in the bond markets.

“Our goal is simple: A reasonable settlement that maximizes ratepayer relief, within the confines of what the courts will accept and the markets will bear,” we wrote earlier this week.

Can we get there without the whole thing blowing up in our faces?  Stay tuned …