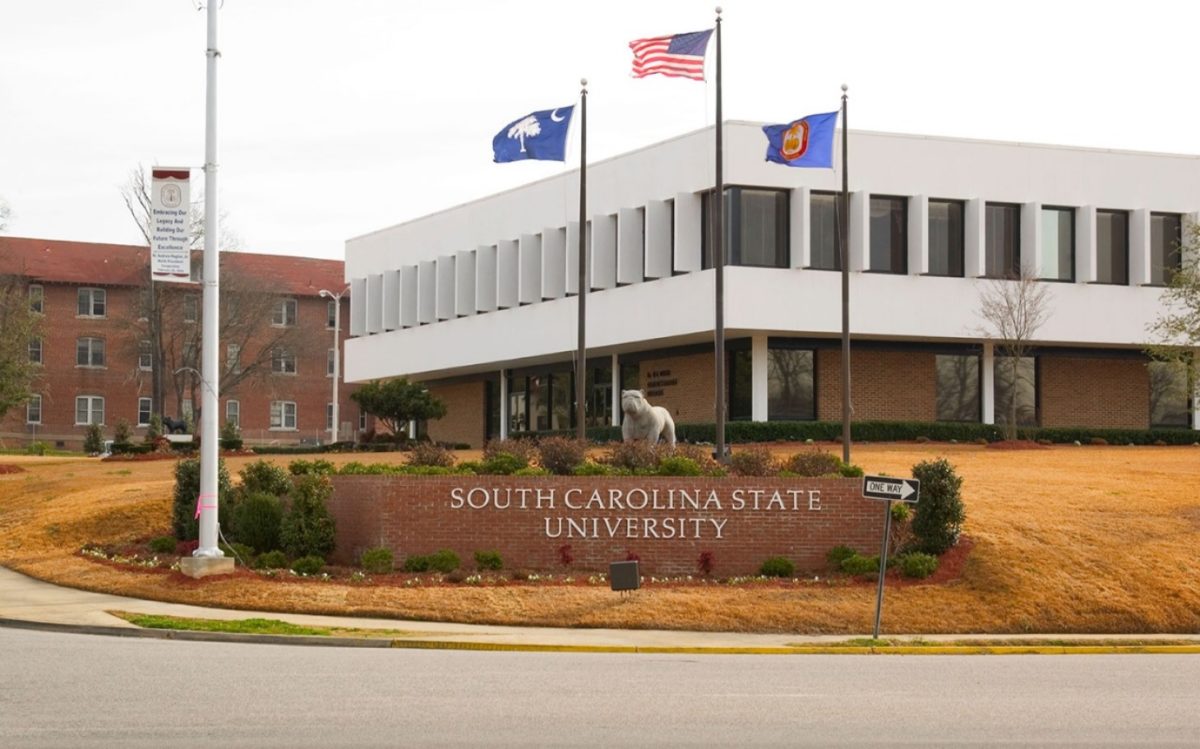 The former chairman of the board of South Carolina State University (SCSU) was resentenced earlier this week in connection with his role in a corruption scandal at the historically black, chronically mismanaged government-run institution.

Jonathan Pinson, 47, of Greenville, S.C. was originally sentenced in May of 2015, but the U.S. fourth circuit court of appeals vacated three of the counts against him – necessitating a resentencing hearing.  That hearing finally took place on Thursday in Charleston, S.C., with Pinson receiving a new sentence on charges of conspiracy to commit wire fraud, mail fraud, wire fraud, money laundering and making false statements.

How much time did he get?

Remember this guy and his assorted scandals?

Pinson was mixed up in all sorts of corrupt enterprises during his tenure at the head of SCSU, and was tied to several prominent black politicians in the Palmetto State while his various fleecing schemes were taking place.

“One scheme revolved around the 2011 homecoming concert at SCSU and Mr. Pinson’s efforts to steer the concert promotion contract to his close friend and former SCSU roommate in exchange for a kickback,” a release from Drake’s office noted.  “Other schemes included Mr. Pinson’s theft of government funds earmarked for the installation of a diaper plant in Marion County.  Evidence showed that proceeds from the grant, intended to create jobs in rural Marion County, were instead pocketed by Mr. Pinson and his associates, Lance Wright, Tony Williams, and Phil Mims, each of whom pled guilty to charges related to the fraud.”

“Mr. Pinson was also convicted of theft of government funds received from a 10 million dollar American Recovery and Reinvestment Act (ARRA) grant (commonly known as stimulus money) intended for the development known as the Village at Rivers Edge (VRE),” the release continued.

“In the final scheme Mr. Pinson again used his position as Chairman of the Board of SCSU to influence officials at SCSU to purchase land known as ‘Sportsman’s Retreat,’” Drake’s release added. “The seller of the property, Richard Zahn, Pinson’s business partner, testified that he agreed to pay a kickback to Mr. Pinson in the form of a new Porsche Cayenne, an SUV valued at approximately 90 thousand dollars.”

We’re glad Pinson is finally being held accountable for his corruption, however we view this entire case as a colossal failure on the part of the U.S. Department of Justice (DOJ) under the “leadership” of former president Barack Obama and his two choices for attorney general, Eric Holder and Loretta Lynch.  Not to mention an ongoing failure on the part of the U.S. attorney’s office here in the Palmetto State … which turned a blind eye to a stolen election involving some of the same corrupt politicians mixed up in Pinson’s schemes.

In fact, now that we’ve seen just how irredeemably corrupt the DOJ became under Obama (including the political weaponization of the FBI), it’s a lot clearer to us why “justice” hasn’t fallen down on the heads of so many prominent black Democratic politicians in the Palmetto State.

Got something you’d like to say in response to one of our stories? Please feel free to submit your own guest column or letter to the editor via-email HERE. Got a tip for us? CLICK HERE. Got a technical question or a glitch to report? CLICK HERE. Want to support what we’re doing? SUBSCRIBE HERE.
Banner: SCSU