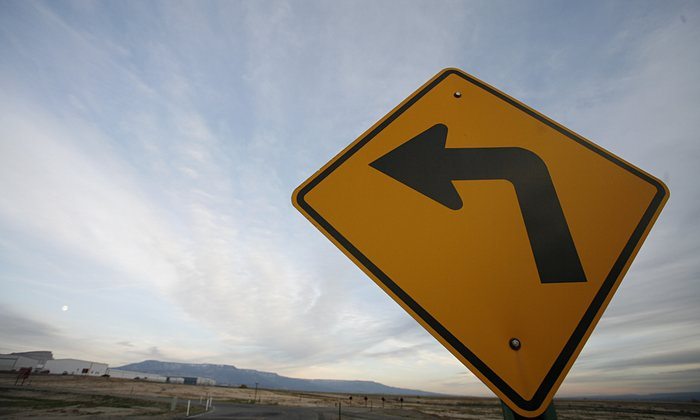 THE FOURTH ESTATE IS IN THE TANK …

|| By WILL FOLKS || So as regular readers know, I spent the last 72 hours hiking through one of the last unspoiled wilderness areas in my home state of South Carolina – Jocassee Gorges.

Anyway, as our weary crew wandered down the mountains, we would up in a Pickens County, S.C. Bojangles.

Before I could settle into my seat and enjoy that first juicy, delectable bite of spicy Cajun filet biscuit – the television perched above our table began barking out torrents of the political chatter I’d (thankfully) forgotten all about over the previous three days.

“What did he say now?” one of my fellow hikers wondered, gesturing toward the television.

Turns out the answer was … nothing.

All of these annoyingly shrill talking heads were still waxing incredulous about Trump’s week-old comments regarding the family of Humayun Khan, a U.S. soldier of Pakistani origin who was killed in 2004 in Iraq.

Did Trump mishandle that situation?  Um … yes.  Badly.  He was way off-message … and way off-base.  And worst of all, the whole thing was a totally unnecessary, unforced error.

But is this seriously still the narrative that’s dominating the MSM?

With all the egregious stuff Hillary Clinton has done … is this still what the media is obsessed with?

A few hours later – arriving back at my home in the Midlands region of Columbia – I started scrolling through the mountain of messages awaiting me.  One of them was from Trump’s campaign, and featured a video of Clinton addressing a conference of black and Hispanic journalists from all across the country.

“Strangely, the journalists in attendance applauded Clinton throughout her speech and as she answered questions,” Trump’s press release noted.

“From the start as Clinton was introduced, she was immediately cheered and greeted with unwavering approval by journalists in the crowd,” the release continued.  “After her speech, Clinton held a ‘press conference’ and took questions from journalists who just earlier had been fawning over her.”

“It seems like the applauding journalists in attendance need a refresher course in impartiality,” Trump’s release concluded. “Favoring one candidate over another further erodes the public’s trust of what should be an unbiased media.”

At this point it’s obvious the mainstream media is in the tank for Clinton … doing her dirty work and covering up her scandals even as she habitually ignores them.

In fact, according to Lissandra Villa of Time, Clinton “has not held a formal press conference in more than 240 days, earning criticism from reporters and her traveling press corps.”

I haven’t read a word of that criticism, have you?

Instead it’s been all Trump demonization, all the time …

Villa’s report added that Clinton’ appearance before the group of black and Hispanic journalists – after which she answered eight questions chosen by a moderator – did not constitute a real ‘press conference.”

“The fact that the eight questions were chosen by a moderator left many to conclude that the event was not a press conference,” she wrote.

Obviously my website is not objective – but there’s a big difference: I don’t claim that mantle. I don’t hide the fact that when I publish articles, I’m trying to persuade you.

The MSM?  They deliver biased, agenda-driven (often corporate connected) coverage under the veneer of professional impartiality.

And don’t look now, but they’ve already decided who your next president is going to be …

Will Folks is the founding editor of FITSNews.com, the website you are currently reading.