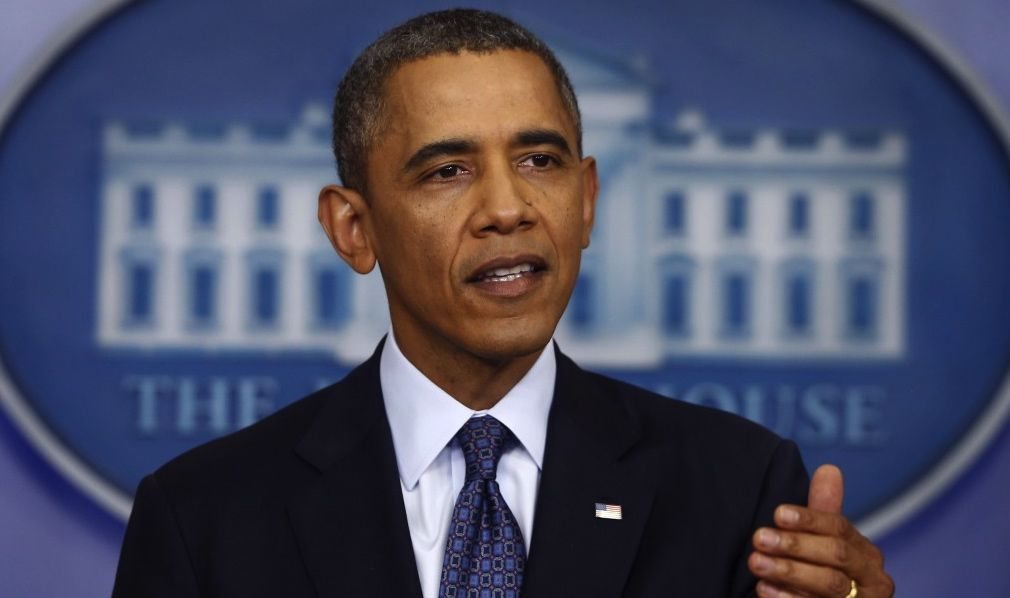 “If you like your doctor or health care plan, you can keep it.”

It’s one of many lies spoon fed by U.S. President Barack Obama, swallowed by the liberal mainstream media and now set to wreak havoc on the American economy. Because while you may indeed like your doctor and/ or your health care plan – if you’re one of 800,000 people in New Jersey, 279,000 in California, 140,000 in Michigan and 130,000 in Florida (just to name a few), you are out of luck.

And out of your existing coverage …

According to CBS News, “more than two million Americans have been told they cannot renew their current insurance policies – more than triple the number of people said to be buying insurance under the new Affordable Care Act, commonly known as Obamacare.”

And “this is just the tip of the iceberg,” the network reports.

Oh … and good luck getting on the government’s website to buy a new policy (which you have to have in order to avoid Obamacare’s “individual mandate” tax).

Of course it gets even better (or worse, if you’re Obama).

According to NBC News, as far back as July 2010 “the administration knew that more than 40 to 67 percent of those in the individual market would not be able to keep their plans, even if they liked them.”

Yet Obama continued to parrot his “if you like your plan, you can keep it” promise through 2012.

You know, we’d be tempted to enjoy Obamacare’s unraveling were it not so disastrous for the country – a majority of which has opposed the legislation from the moment it was rammed through the U.S. Congress (by hook and crook) three-and-a-half years ago.

Cannon says Obamacare opponents who want to defund the law “should be fighting to block the Medicaid expansion in the 25 states that have already authorized it.”

Cannon is also pushing more state leaders to challenge Obamacare’s illegal taxes – which the Internal Revenue Service is attempting to collect in 34 states (which refused to establish exchanges) despite the fact that no such authorizing language exists in the new law.

“The IRS is literally trying to tax, borrow, and spend more than $700 billion without congressional authorization – a more egregious example of taxation without representation than the Stamp Act,” Cannon writes.

He also says state legislatures should move to suspend the licenses of insurers who accept these illegal subsidies.

Here in South Carolina, the debate over Obamacare is about to ratchet up when S.C. Sen. Tom Davis holds a series of hearings on the law across the state. Davis has been tasked by S.C. Senate President John Courson with investigating the impact of the law on the Palmetto State and recommending legislative action to members of the General Assembly.

Obamacare forces them to drop many of their plans that don’t meet the
law’s 10 minimum standards, including maternity care, emergency visits,
mental health treatment and even pediatric dental care.

So basically insurance plans that don’t cover some really basic shit go away. At this point, if they get it through their employer, the employer has to go for a plan with more coverage. Otherwise, they can go on the exchanges and find a plan with more coverage, and maybe even get subsidies to help them pay for it, which might even result in paying LESS than they originally were.

But no! Obama said we could keep our plans, so that means we have to protect the shittiest plans out there at all costs! I have to have less coverage goddammit! Emergency visits? Mental health treatments? Who needs that shit? #YOLO

It also requires coverage for colonoscopies and maternity care… which is not usually a big need for young, healthy, single males. Why should they be forced to pay for that?

There were many more lies than that Smirks. You really are a blind cheerleader on the this topic.

It’s not just the on display(just go to healthcare.gov), ongoing catastrophe that you continually ignore….but your refusal to even acknowledge the basics of all the lies that “goebels” fellow was posting on the other thread, etc. leads me to believe you’ll never reconsider no matter the scope of failure…you have a weird emotional attachment to the point of reality avoidance.

$678 million dollar budget, half of which is spent and 3 years have gone by….yet they can’t even sign people up for the most part.

How much bigger can the failure get?

“subsidies”, when the government robs Peter to pay Paul, it can always count on the support of Paul.

Mental health treatments? Who needs that shit?
You, perhaps? Then again, I’m not aware of any effective therapy for cognitive dissonance.

If seriously ill mental health patients were in institutions, where they belong in the first place, then yes, you are correct.

There are many mentally ill people that don’t need to be in an institution. Your blanket statement shows your lack of knowledge on the topic.

And then you’d bitch about having to pay for them living in homes, rather than holding down a job, and paying taxes.

Smirks, from the time I left active duty until my wife and I decided to start thinking about kids we had a catastrophic health care plan that only covered big stuff – I think we paid less than $1,800 for the year. My wife is a nurse and I was a just off active duty army officer – I didn’t need health care insurance unless I broke my arm or got cancer so that’s the kind of policy we bought.
Sort of like your car insurance; when you scratch the paint in a parking lot you buff it out yourself, deal with it out of pocket or call your insurance company – who will immediately raise your rates. Tires wobble – you pay out of pocket. Engine coughs and spits – out of pocket. Car smashed by an oncoming truck – insurance company. Car needs new engine – warranty.
In the long run, which do you think is the most economical? Catastrophic care plans were perfect for me at that time.

Pea brain?? We’ve been told he is a nuanced thinking, Harvard-educated, genius and to say or think otherwise means you are a racist!
My world has been turned upside down. I’m going to visit the George W. Bush Library to get this cleared up. There must be clues there….

Remember those college transcripts are locked up never to be reviewed.

Well we can all go back to sleep now. Carpetbagger Davis has mounted his white horse and will soon be off to save the day!

Healthcare in America was already broken, but these elected morons made it worse. All of them.

Looks like ole Joe Wilson has gotten at least one thing right.

Of course he lied to sell this bullshit. All this guy does is lie. He’s so full of shit. Too bad so many idiots like the liberals who hang out here believe his lies. We tried to warn you about Obamacare but you drank it all down like the moronic lapdogs you are. Those chickens have come home to roost now, haven’t they? Obamacare was specifically designed to destroy the private health care market and throw the US healthcare system into complete chaos – for the sole purpose of giving the federal government the justification to go in and “fix” what they purposely fucked up to begin with.

Let’s get the facts straight here Teatards, the insurance companies negotiate with doctors and hospitals. Lexington Medical no longer accepts BCBS. Why? They can’t agree on payment for services. Two greedy players. Not Obama’s fault!!

Maybe also a question of solvency?

No, of course it’s never, ever O Hussein’s fault…just his destructive law…which he conveniently exempted himself from. Imagine that!

N.S.A. Promises to Stop Getting Caught Spying on Allies

WASHINGTON (The Borowitz Report) — Responding to the firestorm of controversy over its spying on European allies, the head of the National Security Agency said today it would do everything in its power to avoid being caught doing it in the future.

“There are two important jobs for every spy agency: spying on people and avoiding detection,” said the N.S.A. chief General Keith Alexander. “Unfortunately, at the N.S.A. we have only done the first job well.”

“We have abused the trust of some of our closest allies,” he said. “And none of this would have happened if they hadn’t found out.”

General Alexander said that the agency was instituting strict new practices that amounted to “a zero-tolerance policy on getting caught.”

“I had a meeting with my top people today and said, ‘I want you to put the same energy you put into spying on Germany, France, and Spain into keeping them from figuring out what we’re up to,’” he said. “‘Anything less than that will be unacceptable.’”

General Alexander also offered a heartfelt apology to German Chancellor Angela Merkel, a prime target of the agency’s eavesdropping. “I know how upsetting it must be for you to know that your closest ally has been listening in on your phone conversations for the past eleven years,” he said. “I give you my solemn promise that in the future you won’t know.”

Lieing liars lie, how is that news?

Less than six hours after FtsNews breathlessly reports this non-story, the rest of the blogosphere shoots it down in flames.

And yet the story is true imagine that: