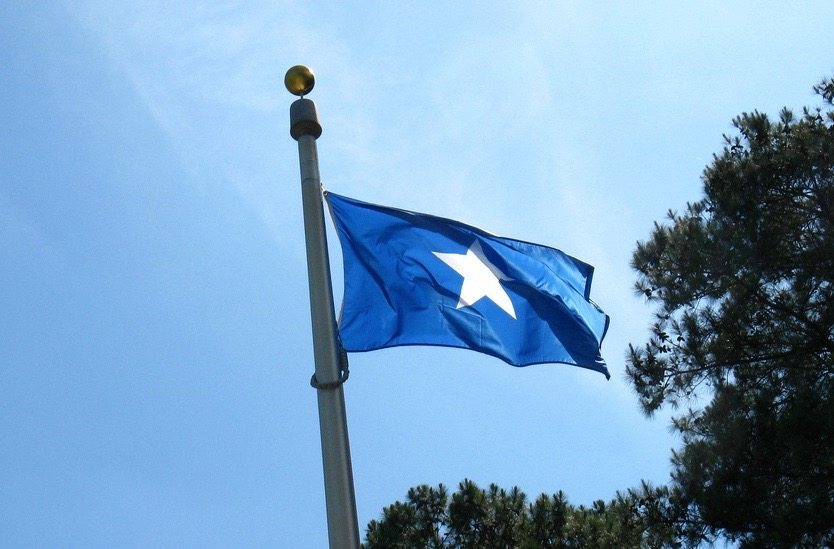 IMPASSE AT THE S.C. STATE HOUSE?

|| By FITSNEWS || At some point we’ve got to stop talking about flags … but that point doesn’t appear to be even remotely on the horizon in  South Carolina.

Multiple sources familiar with ongoing negotiations to remove the Confederate flag from the grounds of the S.C. State House tell FITS another Civil War-era banner – the Bonnie Blue flag – has become a focal point of contention.  In fact we’re told the debate over this flag could create an impasse that might leave the controversial battle flag of the Army of Northern Virginia at its current location for the foreseeable future.

Which of course would cause all hell to break loose …

“Republican” leaders have confirmed to FITS that there are more than enough votes to remove the Confederate flag from its current location on the north lawn of the State House – but only if the Bonnie Blue flag is raised in its place.

As we noted in this backgrounder on Confederate banners, the Bonnie Blue flag was flown by Confederate forces during the Battle of Fort Sumter in April, 1861.  Originating in Western Florida during the movement for independence from Spain, the banner migrated to Mississippi and other southern states as the War Between the States broke out.  The flag inspired the popular Confederate anthem “The Bonnie Blue Flag” – and was the origin of the nickname given to Rhett Butler and Scarlett O’Hara’s daughter in Gone With The Wind.

According to its supporters in the S.C. State House, the Bonnie Blue flag “has not been used as a hate symbol.” 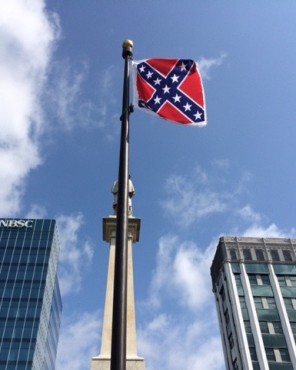 S.C. minority leader Todd Rutherford is having none of either one of those ideas.

“Totally unacceptable,” he told FITS.  “As are proposals to take down other monuments.  The compromise is the flag and the pole.”

In other words the Confederate flag is to be taken down and replaced by … nothing.

The rebel banner has become an issue again in the aftermath of last month’s horrific, racially motivated “Holy City Massacre” – the mass murder of nine black churchgoers at the Mother Emanuel AME Church in downtown Charleston, S.C.  The Mother Emanuel victims – including S.C. Senator Clementa Pinckney, the church’s pastor – were gunned down during a Bible study by Dylann Storm Roof, a 21-year-old white supremacist who used the Confederate flag as his calling card.

How’d we get here?  Why is a Confederate flag flying on government property in the first place?

To recap: On April 11, 1961 a version of the Confederate flag was hoisted above the S.C. State House at the request of S.C. Rep. John A. May of Aiken, S.C.  The following March, a resolution sponsored by May was passed to keep the flag flying for one more year.  However May’s resolution contained no end date, and so the flag flew from atop the dome (and from within both chambers of the State House) for another four decades until July 1, 2000.  That’s when a bipartisan, biracial compromise took the banner off the dome (and out of the chambers) and hoisted another version of the flag at its current location.

The compromise dictated that only a two-thirds majority of both chambers of the S.C. General Assembly could remove the flag from its new spot – although the constitutionality of that provision has been questioned.

The State Senate – originally viewed as the more likely roadblock to the flag’s removal – appears to poised to sidestep the Bonnie Blue debate.  In fact there are already twenty-nine co-sponsors signed onto a bill, S. 897, that would take the flag (and its pole) down free and clear of any entangling deals.

That means the drama will take place in the S.C. House of Representatives.

It’s a classic stalemate, in other words.

Lawmakers don’t need to get cute with this debate.  Take the banner down.  Do it now.  Don’t insist on anything in return.  And then move on to addressing the myriad of issues which make South Carolina one of the poorest, least intelligent, most underemployed, most dangerous states in America.

Speaking of which, in related news don’t miss our exclusive reporting (here and here) on ill-fated efforts by powerful S.C. Senator Hugh Leatherman to buy off Confederate flag supporters … with your tax dollars!