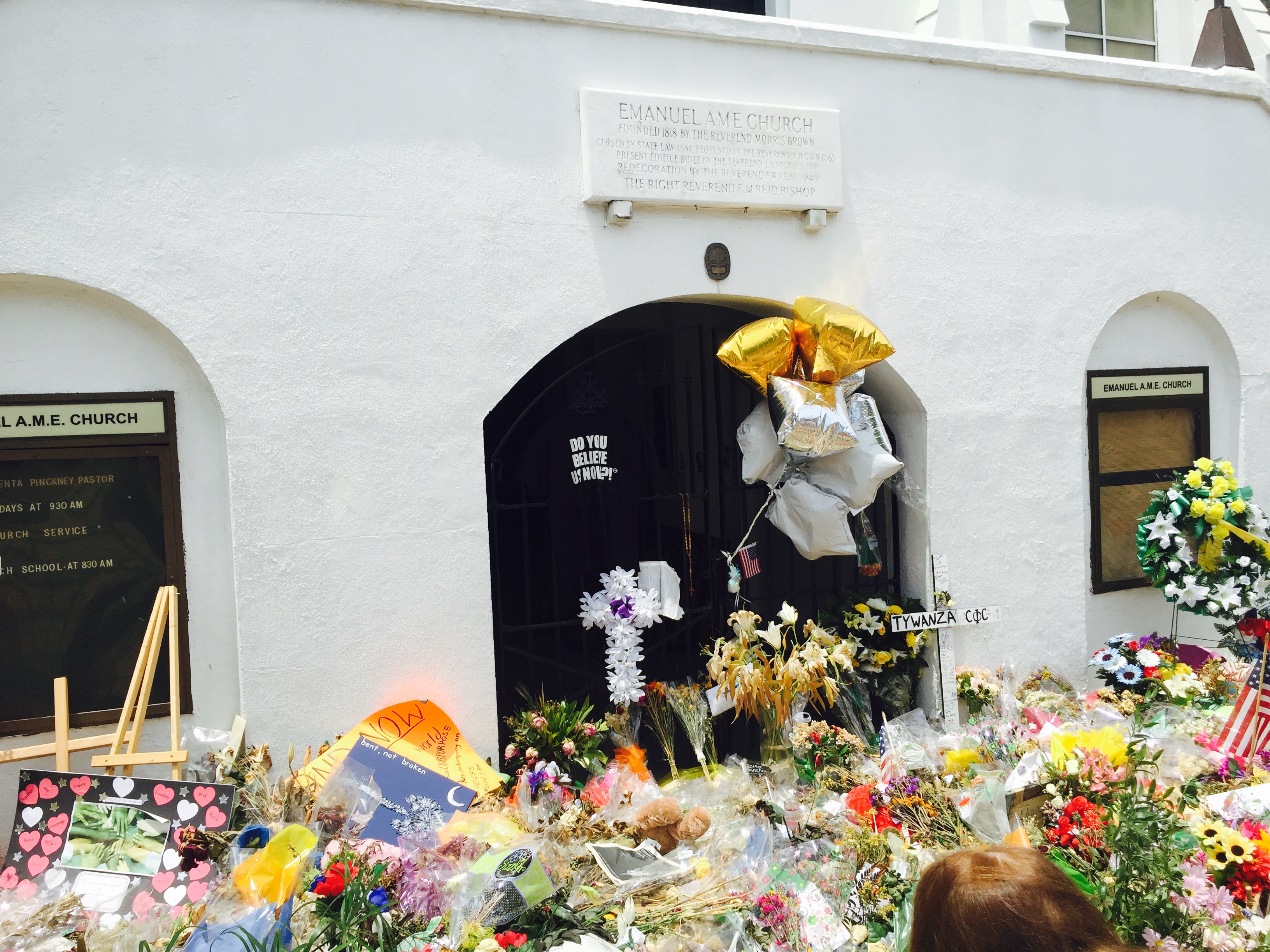 || By FITSNEWS ||  These amazing images were taken this afternoon outside of Mother Emanuel AME Church in downtown Charleston, S.C. – the site of last week’s horrific, racially motivated “Holy City Massacre.”

Nine people died inside this church … including its pastor, S.C. Senator Clementa Pinckney.

There’s been a lot of focus on race in the aftermath of this tragedy … and rightfully so.  Pinckney and fellow victims – Cynthia Marie Graham Hurd, 54, Susie Jackson, 87, Depayne Middleton, 49, Myra Thompson, 59 and Tywanza Sanders, 26, Daniel Simmons, 74, Sharonda Singleton, 45, and Ethel Lee Lance, 70 – were black.  And they were deliberately targeted and killed because they were black.

There’s also been a lot of focus on the symbolism of race … and rightfully so.

A “race war” was clearly the intention of the perpetrator of this premeditated, slaughter.

Instead, a state not known for being on the cutting edge of tolerance has responded with love.  With unity.  With color-blindness.  With forgiveness (starting with the Christian forgiveness shown to Roof by the families of his victims).  And yes, with change.

Look no further than the steps of Mother Emanuel AME …

Call Your US Senator: Tell Them To Vote “No” On Obamatrade