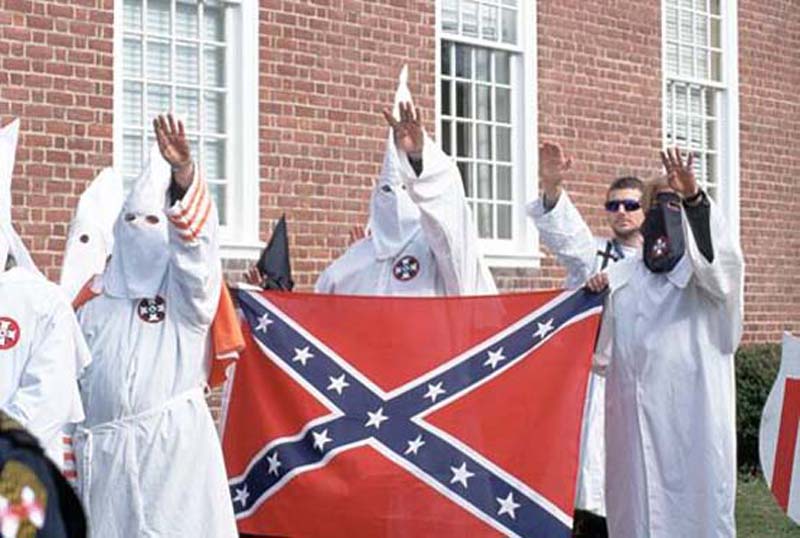 WILL DYLANN ROOF GET HIS “RACE WAR?”

|| By FITSNEWS || The Loyal White Knights of the Ku Klux Klan (a.k.a. this group) held a get-together on the outskirts of Pelion, S.C. last weekend.

According to sources familiar with the gathering, the group welcomed sixty-four new members into its fold.

Meanwhile in the South Carolina Upstate, a source familiar with a similar gathering near Pelzer, S.C. told FITS “dozens” of new converts had pledged their allegiance to the white supremacist organization.

As the KKK prepares for a public rally on behalf of the Confederate flag later this month, its swelling columns represent a sadly predictable response to last month’s horrific, racially motivated church shooting in Charleston, S.C.

There, nine black parishioners at the historic Mother Emanuel AME Church – including the church’s pastor S.C. Senator Clementa Pinckney – were gunned down by 21-year-old white supremacist Dylann Storm Roof, who has confessed to the crime and indicated his intention in carrying out was to start a “race war.”

In fact the KKK has publicly referred to Roof as a “soldier.”

The reemergence of the Klan represents the sort of divisiveness we’ve written against.  It’s a hate group, pure and simple.  And while we will always support its members’ constitutionally protected right to peaceably assemble – and to peaceably participate in the ongoing debate over the removal of the Confederate flag – the group’s history of violence cannot be ignored.

Our hope?  That the Confederate flag comes down quickly (as we’ve recommended) and that the voices of forgiveness and unity which carried the narrative in the immediate aftermath of the Mother Emanuel shooting continue to hold sway.

After all, the alternative – Roof getting the “race war” he wanted –  is unfathomable.