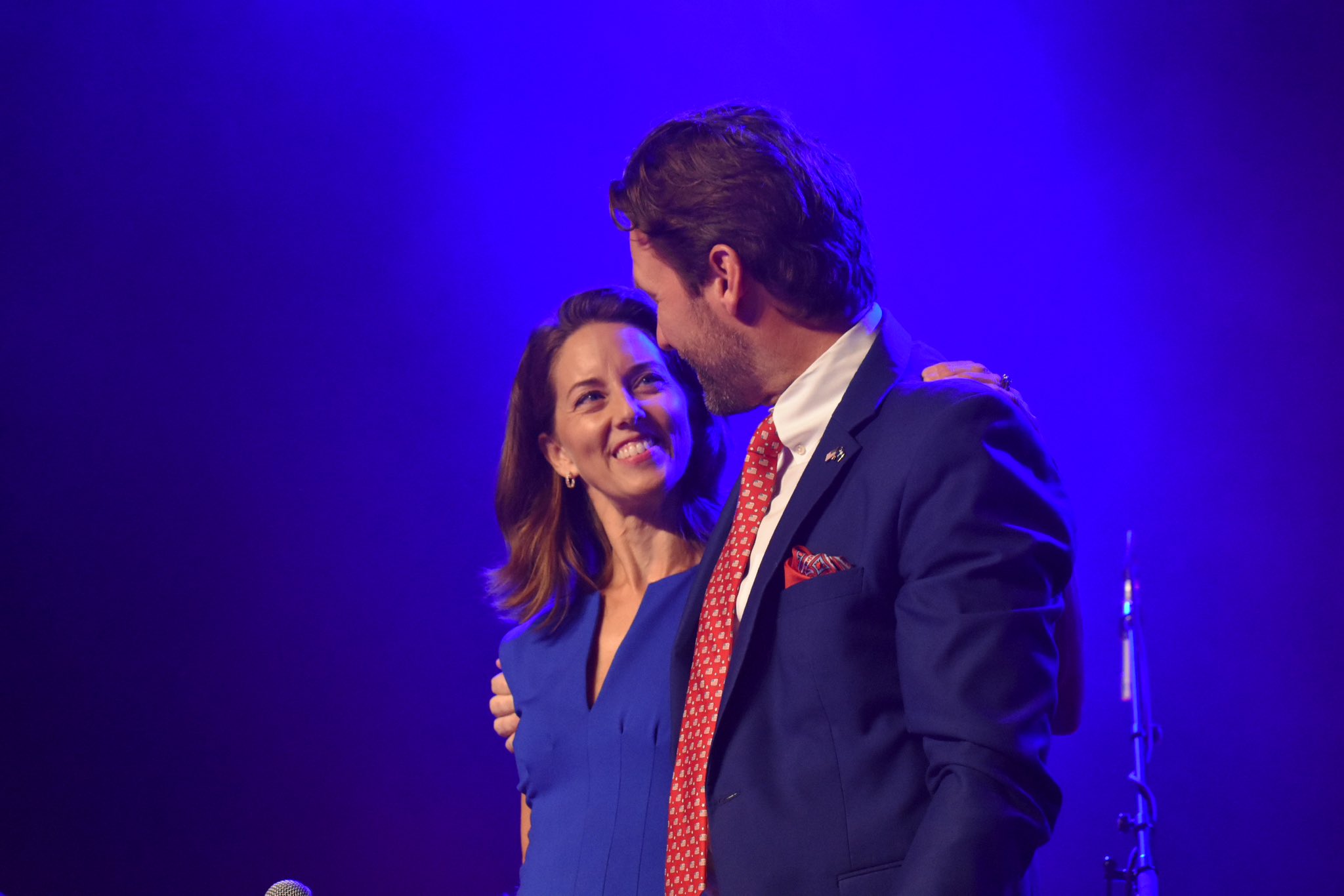 Well, the race was purportedly tied once Palmetto State voters had been “educated” by the pollsters as to the candidates and their positions on various issues, anyway …

Based on this data, Cunningham’s campaign blasted out an email asserting the 40-year-old former congressman had pulled within “striking distance” of McMaster in the November election. This news was attributed to the Statehouse Report – a progressive media outlet based in Columbia, S.C.

Cunningham’s lead strategist Tyler Jones touted the Democratic nominee as having a “clear path to victory” – and solicited additional campaign contributions from donors based on that assessment.

“This race simply isn’t competitive right now … and the Democratic nominee is running out of time to change that,” I remarked.

During the weeks that followed, nothing changed. Cunningham continued to do politically dumb things and, as a result, his “clear path to victory” wound up being about as legit as the “ocean engineer” entry on his résumé.

“Striking distance?” Please. You or I have a better chance of scoring a dinner with his gorgeous ex-wife.

Three days before the election, I projected McMaster would thrash the Kentucky native by an eleven-point spread – a definitional landslide. Contrary to the reflexive revulsion I received on social media in response to this predication, I based my estimate not on any affinity (or lack thereof) for either candidate … but on what I thought was going to happen.

(Which was pretty close to the mark, by the way).

Should it have been, though? As I have often noted, McMaster was (and is) an absolutely terrible governor. And an even worse candidate. The career politician has done absolutely nothing since he got elected but perpetuate South Carolina’s failed status quo. If anything, things have gotten worse under his “leadership.”

The Palmetto State desperately needed a competitive governor’s race this year – and many Democrats believed Cunningham would provide one.

That didn’t happen, though … at all.

Our audience knew over a year ago where this race was headed – and that was before Cunningham started alienating core electoral (and Democratic party constituencies) right and left.

The end result? McMaster (above) curb-stomped Cunningham in this decidedly frat-tastic affair, drawing 58.04 percent of the vote compared to Cunningham’s 40.67 percent. That huge margin of victory – 17.37 percent – was the largest GOP gubernatorial triumph in the last six election cycles.

Cunningham wasn’t the only one to get crushed, though. The GOP padded its majority in the S.C. House of Representatives – achieving supermajority status in that chamber (for whatever that has been worth). Meanwhile, a Lowcountry congressional district which was competitive in the last two election cycles – and was supposed to be competitive again this go-round – saw incumbent congresswoman Nancy Mace trounce her Democratic rival by nearly 14 percentage points.

Before we assess why Democrats got shellacked (again) in South Carolina, let’s first take note of really concerning part of all this for the Palmetto State’s perpetual minority party: Its failure to even put up a fight.

Fifty-six of the state’s 82 GOP-controlled House seats were uncontested. So were four of its seven independently elected statewide offices and two of its six congressional seats. That means even if there had been a Democratic wave in the Palmetto State, hardly anyone would have been there to ride it.


With so many uncontested – and non-competitive races – it’s not surprising only 1.72 million (50.98 percent) of the Palmetto State’s 3.38 million registered voters bothered to cast ballots. Percentage-wise, that turnout was well below the last gubernatorial election when 1.73 million (55.03 percent) of South Carolina’s 3.14 million registered voters showed up at the polls.

In other words, despite nearly a quarter of a million additional people being on the state’s voter rolls in 2022 – fewer people actually cast ballots.

And as you can see below, this turnout deficit came exclusively out of the hide of the Democratic electorate – most notably the 91,495 Democratic voters who backed the ticket of James Smith and Mandy Powers Norrell four years ago but declined to support Cunningham and his running mate Tally Casey last week.

All told, Cunningham and Casey convinced only 20.44 percent of South Carolina’s registered voters to support them – well below the 24.99 percent who backed Smith and Norrell in 2018. Conversely, McMaster and his running mate – Pamela Evette – drew roughly 29 percent of registered voters in each election cycle.

Why did Democrats see such a drop-off?

Lots of reasons. As I noted earlier this year, Cunningham alienated black voters during a contentious Democratic primary (and then re-alienated them when he chose a white running mate during the general election).

Did that cause black voters to stay home? It’s not immediately clear. Early voting totals showed black turnout consistent with previous election cycles, but it wasn’t lost on anyone when five black Democratic incumbents in the S.C. House – Matthews, Anne Parks, Kimberly Johnson, Shedron Williams and Chardale Murray – all lost their seats on election night.

Many black lawmakers blamed Cunningham for their defeat.

Cunningham further angered his base when Labor Party candidates were booted from the ballot in mid-August. He then proceeded to rub progressives’ noses in it just prior to the election by offering half of his cabinet appointments to “Republicans.”


Beyond this “game of subtraction” at the macro-level, a lot of Democrats just didn’t like their nominee very much on a personal level …

“I don’t think anybody’s ever heard him say thank you,” one prominent Democrat granted anonymity to speak freely told me.

Not everyone was disappointed in Cunningham, though.

“Getting voters out costs money and fundraising just wasn’t there for South Carolina Democrats this year,” said Jalen Elrod, third vice chair of the S.C. Democratic Party (SCDP). “The Cunningham team worked their asses off and they should be commended.”

Elrod also disputed the contention Democrats were defeated because black voters refused to support the ticket.

“‘Black voters’ staying home seriously mischaracterizes this campaign,” he said. “It seems like the impetus is often put on us as black voters. People always ask ‘why did black voters stay home?’ and never ‘why are white voters not voting for Democrats?’ I think there was just low interest in this campaign. People complain about this ticket’s demographics in a way they didn’t in 2018 even though it was exactly the same.”

“I don’t think Krystle Matthews had much impact on the race,” Elrod (above) said. “The ‘controversies’ she had were probably more prominent on social media than in real life. Tim Scott is easily the most popular politician in the state. No one was beating him this year.”

True … but something drove down Democratic turnout this year in South Carolina, and it doesn’t seem as though the party has any clue what it was. Nor how to flip the script and become more competitive in future election cycles.

“How the SCDP becomes more competitive is the $1 million question,” Elrod acknowledged.

To reiterate: No Democrat has won a top-of-the-ticket race in the Palmetto State this millennium. The last person to do it? The late Fritz Hollings, who defeated GOP congressman Bob Inglis in 1998 to win his final term in the U.S. Senate. Meanwhile, no Democrat has won a statewide election in South Carolina since 2006 – when Jim Rex defeated Karen Floyd in the race for state superintendent of education.

Rex has since bolted the party, incidentally …

Democrats’ deteriorating electoral outcomes are most perplexing. The GOP has given its major party rival every opportunity to seize the initiative in this “bright red” state in recent years. “Republicans” are badly divided … and beyond that, their status quo leaders (like McMaster) have produced embarrassingly atrocious results on a host of key economic, academic and quality of life metrics.

One would think this might be a recipe for competitive elections … yet Democrats continue to cede additional ground.

What do you think? Vote in our poll and post your thoughts in our always entertaining comments section …

Will Democrats turn it around in South Carolina in 2024 and erode Republican gains?