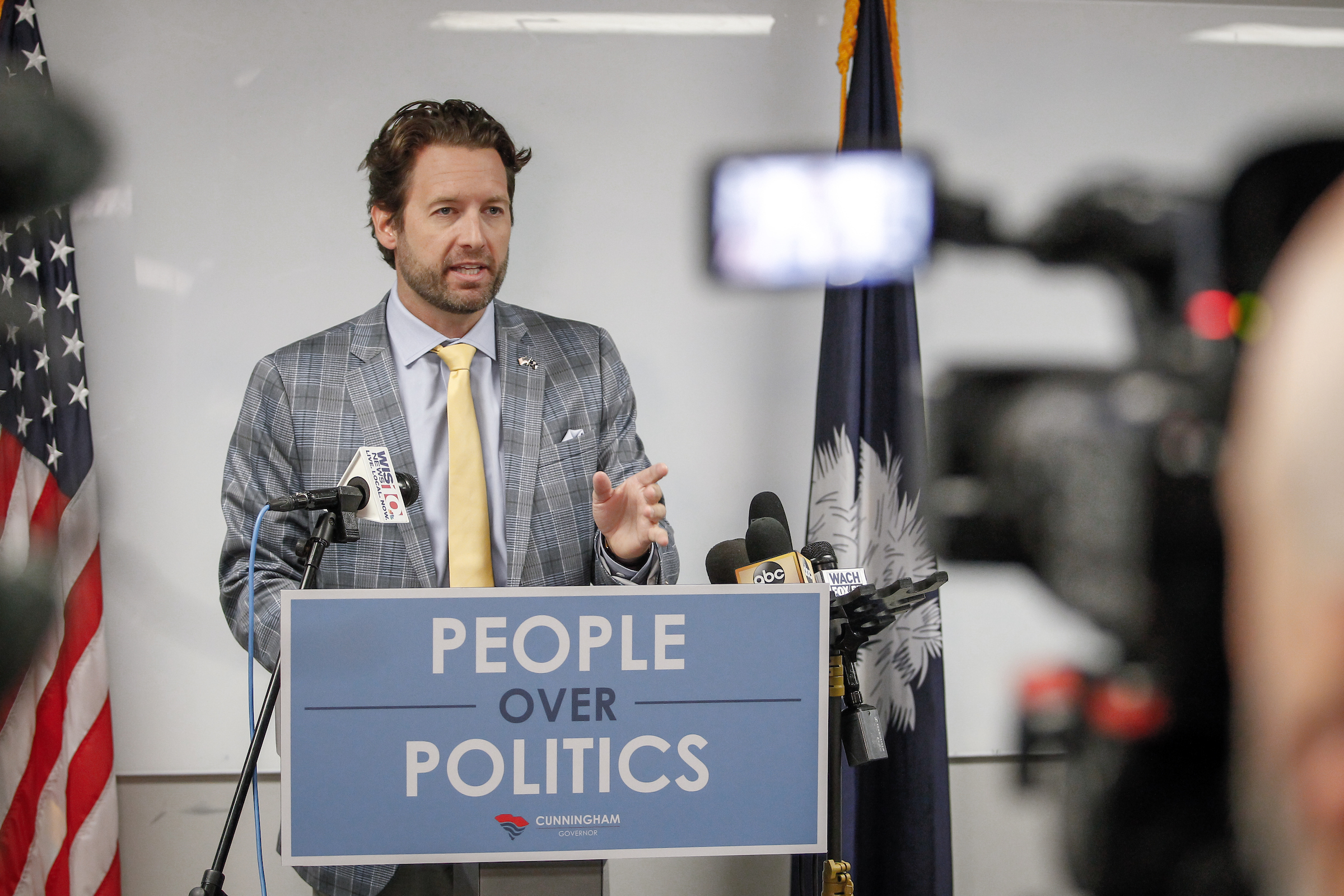 Politicians love the word “bipartisanship.” It’s their way of identifying as someone everyone likes – on issues everyone (supposedly) likes. So they use the word incessantly – even if the policies of the two major American political parties are remarkably similar when it comes to core issues like fiat money, interest rate hikes, federal outlays and (cough) “tax reform.”

To everyone going to the polls in this week’s midterm elections thinking there will be some sort of seismic shift in the trajectory of the American experiment based on the outcome, I would encourage you to amend your expectations.

Because you are laboring under a misapprehension …

This is not like The Matrix … there is no real difference between the red pill or the blue pill in this movie.

Seriously … both parties are equally full of it, which is why nothing should make a taxpayer’s rectum clench quite so hard as the words “bipartisan spending bill.” This is especially true in South Carolina, where the white Democrats who ran the Palmetto State for decades all gradually became “Republicans.”

Anyway … late last week, as part of his last-ditch bid for relevance/ competitiveness in a state which hasn’t elected a Democrat since 2006 (and hasn’t elected one at the top of the ticket since 1998), former U.S. congressman Joe Cunningham made a curious campaign pledge.

Cunningham, the Democratic gubernatorial nominee, vowed that if he were to be elected on Tuesday, November 8, 2022 that he would “offer half of all cabinet positions to Republicans.”

“This is an incredibly diverse state – racially, politically, economically – and state government should represent that diversity,” Cunningham. “When I’m governor, I don’t want to surround myself with people who agree with me on everything. I want to be challenged and hear from all sides before making the best decisions for our state. A bipartisan cabinet is one of many ways we can do that.”

Again … Cunningham’s gambit is predicated on the notion there is some fundamental difference between the two major parties beyond the hot-button, headline-grabbing social issues. Again, though … like I said: He is laboring under a misapprehension.

But what about politically? Is Cunningham likely to pick up electoral support against incumbent “Republican” Henry McMaster as a result of his pledge?

Here’s why: In yet another polarized national election year, straight ticket voters (i.e. those who support only candidates from one party or the other) are going to turn out in droves. Especially in South Carolina, where the GOP routed Dems in 2020 on the strength of a nationalized straight ticket.

That meant Democrats were facing stronger headwinds than usual in the Palmetto State … meaning they could afford absolutely no erosion in their base.


What does Cunningham’s base look like? It’s a disaster.

Cunningham’s campaign was in a hopeless electoral position from the get-go. But then he dug his hole even deeper by alienating black voters during a contentious Democratic primary (and then re-alienating them when he chose a white running mate for the general election).

According to my sources, Cunningham’s “black problem” extends to activists – who feel as though he let them down during his one term in Washington, D.C.

From there, Cunningham angered old people … who have been turning out in record numbers during the early voting period in South Carolina. Oh, and while most of those are likely GOP voters, Cunningham managed to upset one particularly influential elderly black male.

The cherry on top of Cunningham’s “subtraction sundae?” Pissing off progressives – a.k.a. the Democratic core. In fact, his eleventh hour “bipartisan” pledge has only validated concerns raised by many far left South Carolinians who view the 40-year-old Kentuckian as little more than “McMaster Lite” – someone insufficiently committed to the liberal cause.

Add it all up and you’ve got a top-of-the-ticket Democrat angering multiple core constituencies during what certainly seems to be another GOP wave election in the Palmetto State.

This is why I’m projecting Cunningham to lose by double digits … even though McMaster is an incredibly weak incumbent.