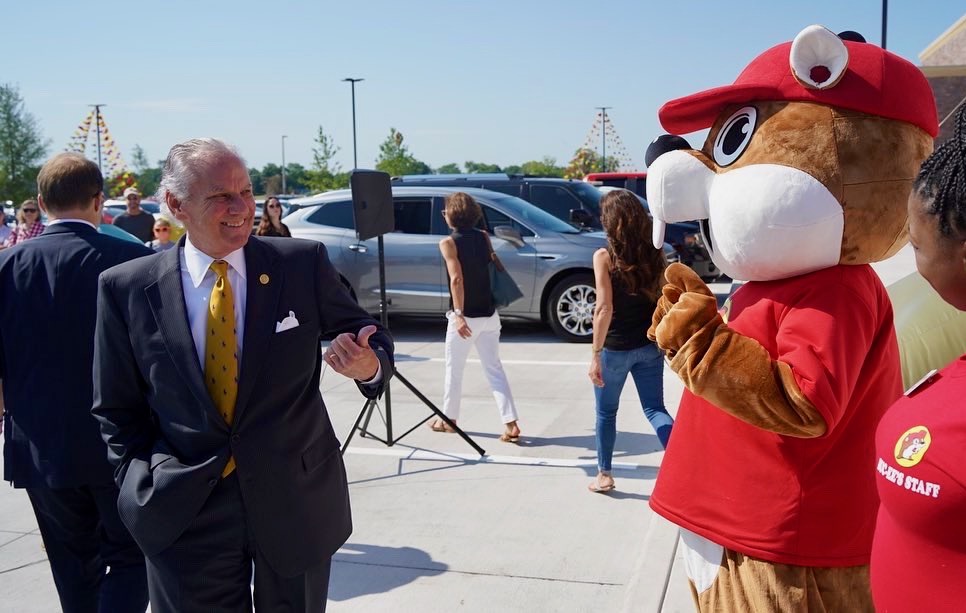 It’s no secret South Carolina is getting its ass handed to it by neighboring states when it comes to competitive tax policy. For example, while North Carolina implements another round of substantive, broad-based tax relief, Palmetto State lawmakers cannot seem to agree on even the most minuscule tax cut.

The Tar Heel state is cutting $13 billion over the next six years via permanent reductions in its top marginal rate. Meanwhile, South Carolina cannot even agree on a $1 billion cut (a big chunk of which is tied to a one-time rebate).

What can they agree on, though? Obscene government growth …

Billions more is flowing into state coffers in the form of federal bailouts … money which also could have gone toward tax relief (or at least to offset tax relief).

No wonder the S.C. General Assembly has been ranked as the most liberal GOP legislature in America for two years running (a streak likely to be extended this year).

Anyway … at a time when gas prices have soared to record levels, Republican legislators and governors in multiple southern states are taking steps to ease the pain their citizens are feeling at the pump. In Georgia, governor Brian Kemp signed legislation two months ago which suspended the state’s gasoline tax through the end of May – saving motorists an estimated $400 million.

Kemp could conceivably extend this emergency tax break via executive order, too.

Meanwhile, U.S. senator Raphael Warnock of Georgia – a Democrat elected in the January 2021 special election – has pushed for the temporary suspension of the federal gas tax through the end of the year.

“Hardworking Georgians being squeezed at the pump understand that every penny counts,” Warnock said in announcing his proposal.


Of interest? DeSantis announced his proposal at the Daytona Beach Buc-ees – part of a growing chain of mega-convenience stores popping up along Interstate highways across the nation.

This week, Buc-ee’s opened its newest location in Florence, S.C. The ribbon-cutting was attended by governor Henry McMaster, ways and means chairman Murrell Smith and numerous other camera-craving Palmetto politicians.

Unfortunately, there was no discussion of tax relief for beleaguered South Carolina motorists at this ceremony – just a bunch of fiscally liberal politicians posing for pictures with Bucky the Beaver.

“This is not a gas station – this is a destination,” Smith said at the ceremonial ribbon-cutting.

Um, no … this is a place people will pass by on their way to states with more competitive economies. Sure, some motorists will stop … but only if they need gas. Or have to pee.

It would be one thing if McMaster, Smith and other South Carolina “Republican” politicians were merely committing sins of omission against the Palmetto State economy. Unfortunately, in addition to resisting calls for long-overdue tax relief – they have been consistently raising taxes on our comparatively poor citizens for years.

And while McMaster technically “opposed” a gigantic 71 percent gas tax hike that passed the GOP-controlled legislature in 2017 – regular readers of this news outlet are well aware that his opposition was purely for show. McMaster vetoed the tax hike, but he didn’t lift a finger to have it sustained. Furthermore, he aided and abetted the tax hikers by issuing his veto immediately – refusing to give tax hike opponents the time they needed to rally support to sustain him.

“A charade,” I called it at the time.

Indeed. As one liberal mainstream media columnist noted at the time, McMaster “could have made it a lot harder to override his veto.”

That’s an understatement. Had McMaster showed so much as an ounce of leadership – or been willing to spend even the smallest amount of political capital in support of his veto – this gas tax hike never would have become law. Meaning South Carolinians would be feeling significantly less pain at the pump right now.

“McMaster could have stopped the gas tax hike dead in its tracks – but instead, he chose to play politics,” I noted in a recent recap of this bait and switch.

Duke Energy’s ‘Taxation Without Representation’ Scheme Is Back

The 2022 Hurricane Season Is Going To Be Bonkers