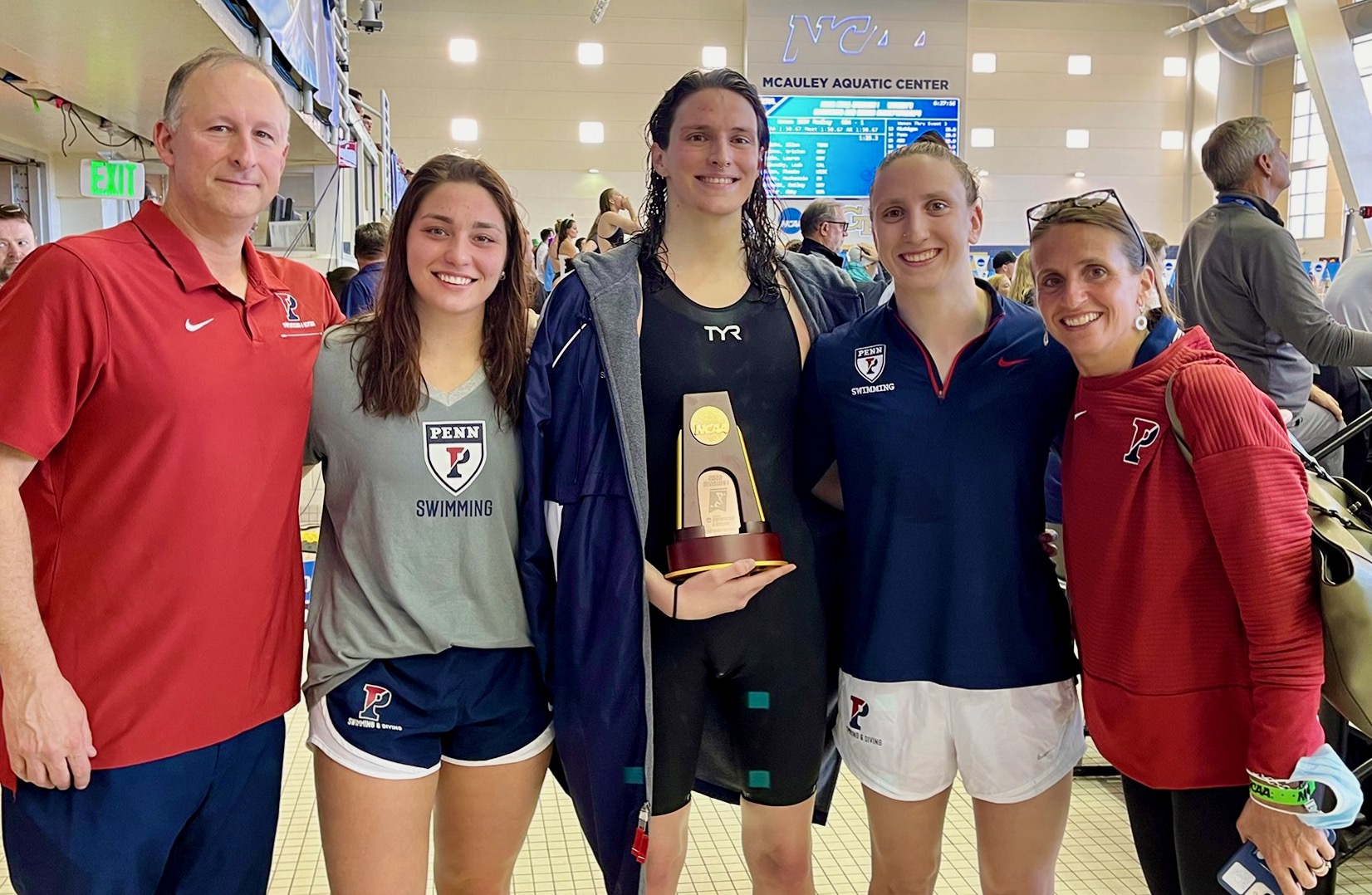 One of the greatest quotes in American oratory revolves around a core conception of liberty. It is an expression which perfectly encapsulates the necessary limitations of the fundamental freedoms upon which this nation was built (freedoms for which millions have sacrificed – including many who gave what Abraham Lincoln famously called “the last full measure of devotion”).

Lincoln had a way with words … but so did the unknown author of this quote.

And while its attribution remains unresolved (some have actually credited it to Lincoln), its first recorded usage came from the lips (as irony would have it) of national prohibitionist John B. Finch.

“Your right to swing your arm leaves off where my right not to have my nose struck begins,” Finch said during an 1882 address in Iowa City.

Or in the modern parlance, “your right to punch stops at the tip of my nose.” And vice versa.

I have written often on the concept of dueling liberties. In doing so, I have argued in favor of circumstantial discernment – and against the adoption of any categorial imperatives. As a general rule, though, I believe the expression of one’s liberty ends when it begins to “impose upon a greater liberty of someone else.”

“The integrity of intercollegiate and high school athletics is under attack as biological males have been allowed to compete in female sports in the name of advancing ‘acceptance’ and ‘inclusivity,’” I noted in a column earlier this month. “The result of this expanded ‘tolerance?’ Fundamental unfairness and discrimination against biological women … literally, a deprivation of their liberties.”

This issue is not a new one for this news outlet. I wrote on it extensively back in 2018 when Rachel McKinnon – who teaches philosophy at the College of Charleston – began claiming championships in women’s cycling despite the fact she is a biological male.

“I respect McKinnon’s right to identify as a female,” I wrote at the time. “However I simply cannot support her infringement on the rights of others in the field of athletic endeavors. Whatever your view on human sexuality, fundamental fairness should win out in this particular instance.”

I have repeated this view often over the intervening years as many prominent female leaders – including Tulsi Gabbard, Nikki Haley, Ashley Trantham and Caitlyn Jenner (yes, you read that right) – have stood up in defense of the integrity of women’s sports.

“This is a question of fairness,” Jenner (the most famous trans woman in the world) told TMZ last spring. “That’s why I oppose biological boys who are trans competing in girls’ sports in school. It just isn’t fair and we have to protect girls’ sports in our schools.”

This issue matters more than ever now that the über-liberal National Collegiate Athletics Association (NCAA) is recognizing – even celebrating – the accomplishments of swimmer Lia Thomas of the University of Pennsylvania. Earlier this month, Thomas captured the NCAA women’s 500-yard freestyle national championship despite the fact she is a biological male (and previously competed as such for two years).

To hear the “woke” media tell it, everyone should applaud Thomas – and celebrate her “championship.” To them, she is – in the words of “reporter” Nick Reynolds of The (Charleston, S.C.) Post and Courier – one of many “trans girls” who has courageously risen above discrimination “based on the sex they were assigned at birth.”

The definitive deification of Thomas was penned by author Louisa Thomas of The New Yorker, who began her piece by asserting that the trans swimmer was under attack because she “won too much.” Thomas claimed “female athletes have bodies of different sizes, colors, shapes, and sexualities,” and that bodies which “differ from a feminine – and, often, white – ideal, have, for a long time, been castigated as too muscular, too masculine, too threatening.”

For those of you unhip to the implication, Thomas is saying anyone who objects to biological males unfairly infiltrating women’s athletics is not only transphobic but also a racist. Not to mention a dreaded “castigator.”

“Trans women are grossly underrepresented at high levels of all sports, particularly in the winners’ circles,” Thomas continued. “If trans athletes have physical advantages, it appears these have been overwhelmed, so far, by social, legal, financial, and other disadvantages.”

Are you kidding me?

Once again, to hear these people tell it society is at fault for being insufficiently tolerant of this utter sham.

At the very end of her tome, Thomas ever-so-briefly addressed the “physical advantages” Lia Thomas enjoys over her female competitors – although she dismissed these out of hand (not unlike Penn, the Ivy League and the culture warriors at the NCAA).

“It may be that Thomas retains a significant metabolic and physiological advantage over cisgender women,” she wrote. “It may be that she is an outlier. It may also be that she is swimming faster relative to her competitors than before in part because she is in a better place now – no longer battling gender dysphoria, able to swim, as she put it, as her authentic self, comfortable pulling on a swimsuit and feeling her body for what it is, slipping through the water.”

To hear Thomas’ teammates tell it, her “better place” comes at their expense. And at the expense of the integrity of intercollegiate athletics. Last month, sixteen members of the Penn women’s swimming team sent a letter to the school and Ivy League officials urging them not to allow Thomas to compete against female swimmers.

“We fully support Lia Thomas in her decision to affirm her gender identity and to transition from a man to a woman. Lia has every right to live her life authentically,” the letter read. “However, we also recognize that when it comes to sports competition, that the biology of sex is a separate issue from someone’s gender identity. Biologically, Lia holds an unfair advantage over (the) competition in the women’s category, as evidenced by her rankings that have bounced from No. 462 as a male to No. 1 as a female. If she were to be eligible to compete against us, she could now break Penn, Ivy, and NCAA Women’s Swimming records; feats she could never have done as a male athlete.”

Thomas’ teammates weren’t the only ones who rebuked the fundamental unfairness of the NCAA allowing her to compete against biological females.

“Lia Thomas’ victory is an insult to the biological women who raced against her, against those who fought for Title IX and equal opportunities for female athletes (and) against science, and the unmistakable physiological differences between the male and female sexes,” John Lohn, editor-in-chief of Swimming World magazine wrote this week.

Lohn added that Thomas was “spurred by the NCAA,” which according to him “will be remembered for turning its back on biological women and producing a competitive environment that was anything but legitimate.”

Indeed. The NCAA claims to offer “a fair, inclusive and fulfilling environment for student-athletes.” But the Herb McAuley aquatic center in Atlanta, Georgia utterly failed to offer such an environment last week.

Czech tennis great Martina Navratilova – who won a stunning 18 grand slam championships from 1978-1990 (and who is, incidentally, one of the most outspoken gay rights advocates in the world) – agreed when she told News Nation that the NCAA is to blame for creating such a transparently anti-competitive environment.

“It’s not about excluding transgender women from winning ever,” Navratilova said. “But it is about not allowing them to win when they were not anywhere near winning as men.”

Nor is it about excluding athletes like Sarah Fuller of Vanderbilt who wish to compete in arenas where their biological gender places them at a competitive disadvantage.


Anyway, Navratilova said Thomas’ swimming records should be accompanied by an “asterisk” – and that the NCAA should explore hosting events exclusively for trans women in the future.

The points raised by Lohn and Navratilova are valid. Hell, that’s an understatement. This is one of those rare moments in our societal discourse in which we are confronted by an absolute right and an absolute wrong.

“If you know sport, you know this beyond a reasonable doubt: There is an average 10-12 percent performance gap between elite males and elite females,” Duke law professor Doriane Lambelet Coleman and senior lecturing fellow Wickliffe Shreve observed in a recent report which broke down the differences between male and female athletic performance. “This differential isn’t the result of boys and men having a male identity, more resources, better training, or superior discipline. It’s because they have an androgenized body.”

“(This explains) why competitive sport has traditionally separated biological males (people with male bodies) from biological females (people with female bodies), and also why legal measures like Title IX in the United States require institutions to set aside and protect separate and equal funding, facilities, and opportunities for women and girls,” Coleman and Shreve continued.

That is correct. And it is my sincere hope that the female athletes and institutions deprived of their rightful places on the podium by Thomas and other trans athletes will explore their options under Title IX.

In the meantime, though, the woke spin machine is working overtime in support of Thomas. Its social media silencers and cancel culture goons are on high alert – ready to stamp out anyone who utters so much as a syllable of common sense opposition to this definitional discriminative insanity.

He is correct. The bid to fundamentally reorient our species is a one-way ratchet, and the only thing moving farther and faster to the left than the attempted reorientation is the hypocritical, selectively enforced rulebook for discussing these issues.

Again, please hear me out on this: I do not want to be misunderstood or perceived as unfeeling. People should always be free to make choices about who they want to be – even if those choices are in a state of flux. If you want to identify as a man, woman – or doorknob – that’s your right.  I have always sought to acknowledge the “fluidity” certain people feel about their gender – to the extent some people identify with a particular gender at all.

It is not up to me to judge – and it certainly not up to government to judge.  Government is bound by the Fourteenth Amendment to provide equal protection to all of its citizens.  That includes men, women and, well … whatever it is you think you are.

The key word there is “equal,” though …

Astute readers of this column will notice I never denigrated Thomas – or the other trans women referenced in this story. I didn’t mock them or troll them – or call them mentally ill – or do the typical “conservative” media hit job. In fact, I referred to each of them by the gender they have chosen to be identified with. Furthermore, to everyone reading this I believe it is incumbent upon good-hearted people to respect the choices these individuals have made (or at the very least be respectful in objecting to them).

This must stop. And as a father to two daughters (and five sons), I am going to do everything in my power to see that it does.

More On The “Yucca Conspiracy”