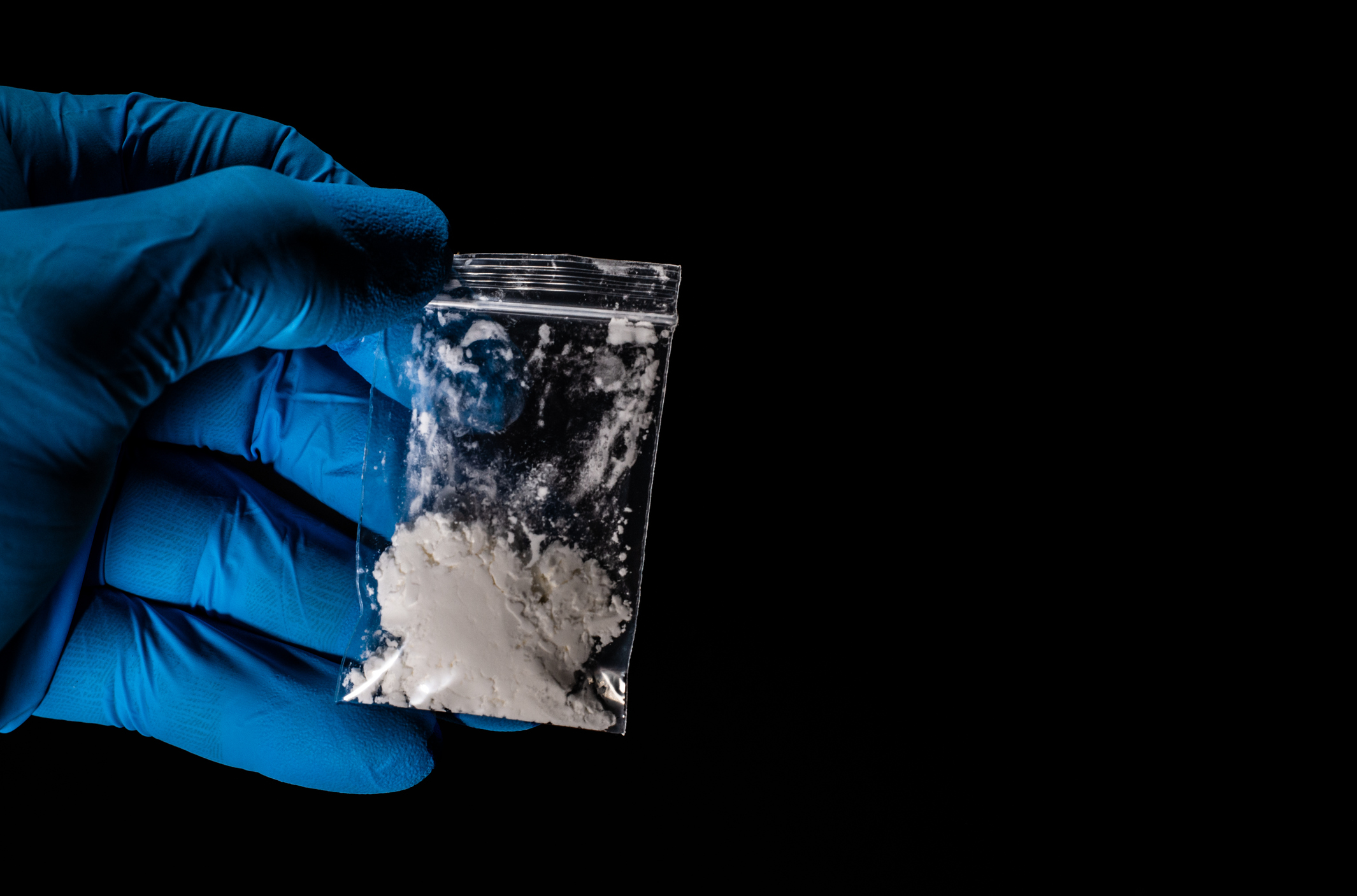 In the fifth season of the hit detective series Bosch, local investigators are trying desperately to get federal authorities to pay attention to a “pill mill” operation involving synthetic opioids. Basically, the ringleaders of this pill mill bribe junkies to get prescriptions filled at local pharmacies – taking the drugs they obtain and reselling them on the streets.

The feds are initially uninterested in the local case … but then they learn fentanyl is involved.

Fentanyl, to quote the fictitious U.S. Drug Enforcement Administration (DEA) agent from Bosch, was the “magic word” he and his fellow feds needed to hear in order to break up the pill mill and arrest its operators.

What is fentanyl? According to the DEA, it is a synthetic opioid which is anywhere from 80-100 times stronger than morphine. Developed for cancer patients – including terminally ill cancer patients – it is being produced in massive quantities by black market drug dealers because it dramatically enhances the potency and the addictiveness of a wide range of their more conventional offerings.

“Black market drug dealers are increasingly combining illicitly manufactured fentanyl with heroin, cocaine, ecstasy (MDMA), methamphetamines – even marijuana – in the hopes of stretching out their supplies,” I observed last summer in addressing South Carolina’s worsening opioid epidemic. “This is similar to a process known as ‘cutting’ – in which drugs like cocaine are mixed with other substances (including laundry detergent, baking soda, procaine or lidocaine).”


Mexico is an emerging hotbed of clandestine fentanyl production, according to the DEA … which I will address in more detail momentarily.

Earlier this month, I published a story on the latest overdose death data from the South Carolina Department of Health and Environmental Control (SCDHEC). According to the agency’s numbers (.pdf), from 2019 to 2020 the total number of “opioid-involved overdose deaths” in South Carolina climbed by 59 percent – from 876 to 1,400. Total overdoses climbed from 1,131 to 1,734 according to the agency – an increase of 53 percent.

Driving these spikes? Fentanyl – which was responsible for an estimated 1,100 overdoses in the Palmetto State in 2020, a jarring 105 percent increase from the previous year.

SCDHEC’s release – while significant – was also dated. In the hopes of getting a sense of fentanyl’s real-time impact I reached out to Renée Wunderlich – the newly minted director of public information at the S.C. State Law Enforcement Division (SLED).

SLED’s narcotics agents are on the front lines of the battle against fentanyl. Also, the agency’s chief – Mark Keel – has repeatedly warned the public of the dangers of an unregulated drug marketplace.

“The opioid crisis continues to have a devastating effect on families here in South Carolina,” Keel said. “SLED agents will continue to investigate and arrest those who distribute this dangerous, deadly drug.”

Increasingly, Keel and his agents are fighting an uphill battle …

Those findings are consistent with information I am receiving from my network of sources all across the state.

“People are buying Xanax … (which are) fake,” one Upstate source familiar with the drug trade told me. “They’re pressed fentanyl.”

According to this source, there has been a dramatic uptick in fentanyl overdoses in 2022 – which she says is tied to the prevalence of “laced” substances.

“Something is definitely going on with the amount of fentanyl circulating,” the source continued. “The amount of people in their twenties and thirties dying right now up here is out of this f*cking world. Everything is cut with it. Even cocaine. People are snorting coke and overdosing on fentanyl.”

Cocaine isn’t the only thing laced with the drug, either …

“It’s in the weed,” the source added, underscoring one of chief Keel’s primary concerns regarding the unregulated decriminalization of marijuana.

One attorney in the Palmetto Lowcountry chided me recently for focusing on alleged drug smuggling connections tied to the ‘Murdaugh Murders’ crime and corruption saga while ignoring the “fentanyl epidemic currently ravaging our communities.”

Post-mortem toxicology results (above) collected by SLED have highlighted fentanyl’s deadly spike – with the drug appearing in 451 cases in 2021 compared to just 26 in 2014. That’s a scarcely believable 1,634.6 percent increase.

Far from ignoring this trend, though, my news outlet has been sounding the alarm for several years.

Moreover, I have been unflinchingly direct in addressing this issue on a personal level.

Anyway, the same spike visible above is also evident in SLED’s toxicology data from driving under the influence (DUI) cases …

Where is the drug coming from? As mentioned earlier, Mexico is a primary manufacturer – and the suddenly porousness of the border between the United States and its southern neighbor has fueled a massive influx of drugs.

A lack of enforcement by the U.S. Customs and Border Protection (CBP) agency under the administration of Joe Biden certainly appears to be fueling the recent spike.

“In January, CBP (officers) at the Southwest border ports seized nearly 10,600 pounds of various illicit drugs, a 12 percent decline from January 2021, and more than 60 percent less than they nabbed in January 2020,” an analysis of federal data conducted by the Center for Immigration Studies (CIS) determined. “In December, drug seizures at those ports were 13,270 pounds, a 53 percent decline from December 2020, and almost 72 percent less than they seized in December 2019.”

As for the U.S. Border Patrol (USBP), its agents at the Southwest border “seized 7,983 pounds of drugs in January,” according to the CIS analysis.

Again, this analysis is based on federal data.

Not surprisingly, the issue of diminished enforcement at the southern border was raised by former U.S. president Donald Trump during his remarks at a MAGA rally in Florence, S.C. on Saturday.

“We have hundreds of thousands of people dying to drugs that come over the southern border now,” Trump said during his address. “We did a tremendous job on the southern border. We had the best numbers we’ve ever had. And we’ve had the best drug numbers – we stopped drugs at a level that nobody had ever seen before. And now they’re coming in at a level that no one has ever seen. When you have open borders, nobody’s ever seen anything like it before.”

According to Trump, “we are losing our country no different than if we had lost it in a war.”

“The Biden administration has spent months and months obsessing over how to stop the invasion of a foreign country,” Trump added. “I believe Americans deserve a president who will stop the invasion into our country.”

While the border policy debate continues to rage ahead of the 2022 national elections, the fentanyl epidemic is only worsening here in the Palmetto State – and beyond.

How best to combat it? For now, the manufacture and distribution of anti-overdose drugs like naloxone is critically important – as is increasing funding for border security, gang interdiction and drug treatment efforts.

As a longtime libertarian, though, I cannot help but put forward the flip side to this coin … namely the longer-term solution of ending prohibition.

“Legalizing heroin and fentanyl will immediately save lives,” Trevor Burrus of The Cato Institute noted in a column posted last fall. “Street opiates are tainted and of uncertain potency, but pharmaceutical-grade opiates are perfectly safe to take in the proper amount. Doctors and nurses inject dangerous opiates into patients thousands of times per day, and they do it with confidence because they know what drug they are administering and how much to give. Recreational heroin users are capable of doing the same thing. After all, it’s their life.”

“Will there still be overdose deaths if we legalized heroin?” Burrus continued. “Absolutely, and quite a few, just as there are still many deaths from alcohol abuse. Yet if we found out that thousands were dying from alcohol tainted with poison, we would first address that problem. After we stop the thousands of unnecessary deaths, we can start rationally dealing with other problems associated with drug and alcohol abuse.”

Burrus makes good points, but his reference to the “safety” of so-called “pharmaceutical-grade opiates” is disappointing. While I support the notion of standardization in dispensing drugs (especially given the potency of fentanyl and its even more dangerous cousin, carfentanil), it is important not to ignore the true root of this epidemic. Specifically, we cannot forget there is an entire class of drug dealers dressed in white lab coats doling out dangerous substances to patients with little to no medical justification for doing so.

And the forces pushing them …

Nor can we forget this network of “respectable” drug dealers is funneling new patients to the criminal syndicates responsible for the clandestine manufacture and distribution of fentanyl.

Bottom line? There are no easy answers … because, unfortunately, there is no shortage of enemies in need of fighting.