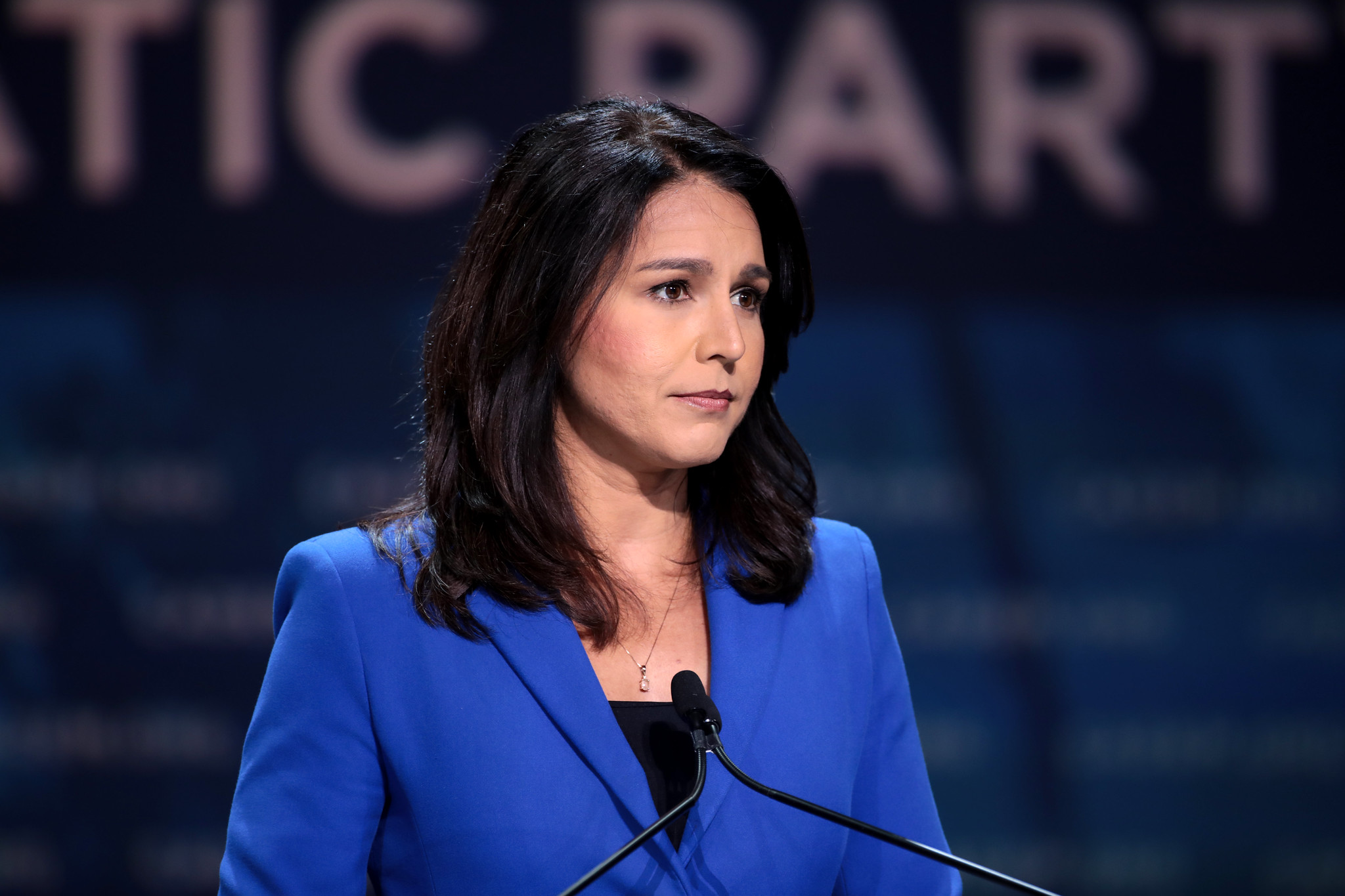 Gabbard’s bill – H.R. 8932 – would provide that “for purposes of determining compliance with Title IX of the Education Amendments of 1972 in athletics, sex shall be determined on the basis of biological sex as determined at birth by a physician.”

In other words, biological males would be prohibited from participating in women’s sports at the intercollegiate level.

According to a news release from Gabbard and Oklahoma lawmaker Markwayne Mullin, the passage of Title IX nearly half a century ago “led to a generational shift that impacted countless women, creating life-changing opportunities for girls and women that never existed before.”

Unfortunately, some states (including South Carolina) “are misinterpreting Title IX, creating uncertainty, undue hardship and lost opportunities for female athletes,” according to Gabbard, an outgoing four-term congresswoman from Hawai’i who ran unsuccessfully for the Democratic presidential nomination in 2020.


“Our legislation protects Title IX’s original intent which was based on the general biological distinction between men and women athletes based on sex,” Gabbard said. “It is critical that the legacy of Title IX continues to ensure women and girls in sports have the opportunity to compete and excel on a level playing field.”

Joining Gabbard and Mullin in introducing the bill were four other GOP lawmakers – including South Carolina’s Jeff Duncan.

According to reporter Benjamin Zeisloft of Campus Reform, Gabbard and Mullin’s legislation was hailed by one conservative organization as “a courageous stand for fairness and female athletes.”

“Biology matters in many areas,” Emilie Kao of the Heritage Foundation told Zeisloft. “It matters in sports because it determines competitiveness, performance, and results. There is widespread bipartisan support for keeping male and female sports separate. Americans know that the law should protect fair competition by acknowledging the reality of sex differences.”

Legislation similar to Gabbard’s has previously been introduced in South Carolina by state representative Ashley Trantham of Pelzer, S.C.

Trantham’s bill would “ensure continued inclusivity of females in the school sports arena by providing that public and private middle school-level and high school-level teams and sports must be designated based on biological sex.”

Furthermore, it would “provide that teams or sports designated for females may be restricted to students of the female sex.”

“South Carolina has a proud history of cultivating talented and successful female athletes,” Trantham said last March in unveiling her bill. “For years, we have witnessed our daughters chase their dreams, set new records, and stand at the top of the championship podium in women’s sports. Women have worked way too hard for equality in sports and regressing is NOT an option!”

Unfortunately, the S.C. High School League recently adopted a policy that would permit biological males to participate in girls’ sports – undercutting the notion of equal protection and affording these competitors an unfair advantage.

As of this writing, the “Republican-controlled” S.C. General Assembly has yet to take action in response to this policy change – but Trantham is keeping the issue on the frontburner.

Last month, Trantham (above) pre-filed her “Save Women’s Sports Act” – H. 3477 – ahead of the legislative session scheduled to convene next Tuesday (January 12, 2021). The bill has been referred to the chamber’s judiciary committee, which is chaired by attorney Chris Murphy of North Charleston, S.C.

No word yet on when it may receive a hearing …

Do we support efforts by Gabbard, Trantham and others to ban biological males from participating in female sports?

This news outlet has addressed this issue extensively in the past. In doing so, we have sought to acknowledge the “fluidity” certain people feel with respect to their gender (to the extent some people identify with a gender at all). But fluidity – or one’s own perception of who they are (or want to be) – does not change the fact we were all born belonging to one of two genders. Nor does electing to amend our gender “identification” – whatever the motivation – mitigate clear and compelling differences between these two genders.


“As libertarians, we believe people should be free to make choices about who they want to be – even if those choices are in a constant state of flux,” we wrote. “It is not up to us to judge – and it certainly isn’t up to government to judge.  In fact, government is bound by the Fourteenth Amendment to provide equal protection to all of its citizens.  That includes men, women and, well … whatever.”

However, we can only support these liberties up until the point when they begin to “impose upon a greater liberty of someone else.” And when it comes to males attempting to participate in the sphere of female athletics, as we have previously stated “the prevailing liberty is clear.”

Should biological males be allowed to compete in female sporting competitions?