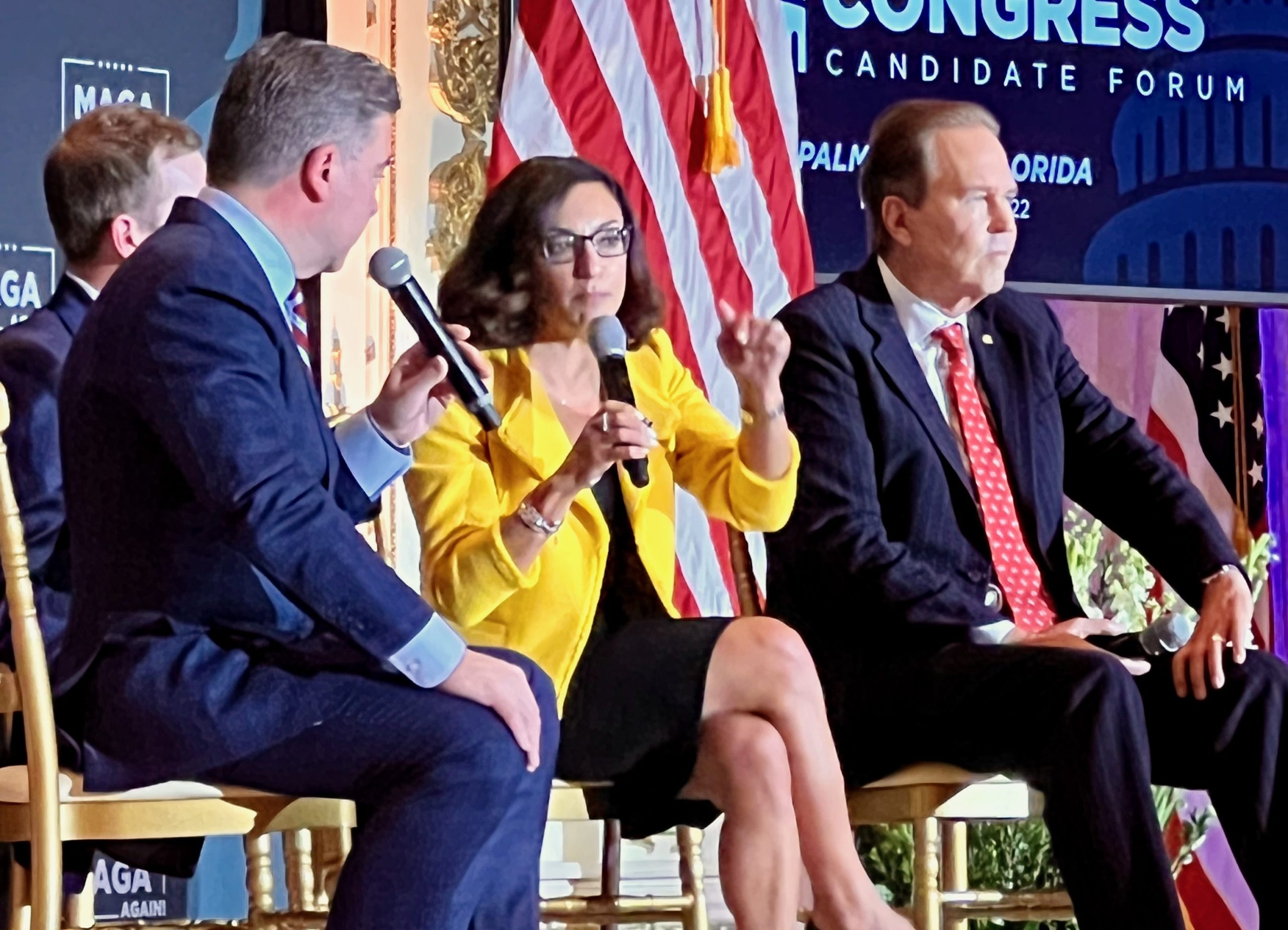 Meanwhile, Fry is challenging fifth-term incumbent congressman Tom Rice in the South Carolina seventh congressional district – which includes the Grand Strand region of the state. That district clocks in at R+9, according to NRRT’s polling.

Both Arrington and Fry have already been endorsed by Trump, news which broke exclusively on this outlet (here and here).

The price to attend was not cheap …

“The cost of admission ranges from $3,000 per individual for basic access to as much as $250,000 per couple for full VIP treatment and access,” noted Marc Caputo for NBC News. “All the money is for the super PAC, not the candidates. Because he’s not an announced federal candidate, Trump has more latitude in raising and spending the money.”


Trump also hasn’t definitively stated his plans for the 2024 election cycle … which could be part of a much bigger plan. As his former chief of staff Mick Mulvaney noted in an exclusive piece on this news outlet yesterday, Trump has tremendous flexibility when it comes to when he enters the 2024 race.

In fact, according to Mulvaney, Trump could conceivably bypass most of the early-voting states – freezing out his potential top-tier GOP competitors during the primary process.

Who knows? Maybe he can convince South Carolina to cancel its primary altogether (again)?

Arrington’s race against Mace has drawn the most headlines given the incumbent’s endorsement by former United Nations ambassador Nikki Haley – a #NeverTrumper who later “earned” a spot in the former president’s administration due to his desire to clear a path for her successor as governor of South Carolina.

Haley is viewed as a 2024 presidential frontrunner – although the MAGA contortionist has said she will not seek the presidency in the event Trump runs.

Both Mace and Haley blasted Trump following the mob violence at the U.S. Capitol on January 6, 2021.

Haley also aggressively rebuked Trump in the aftermath of the riots …

Both Mace and Haley changed their tunes (here and here), however, when it became clear the GOP electorate was sticking with Trump.

Trump has ridiculed Haley for her hypocrisy, however he granted her an audience at Mar-a-Lago last November. Mace is clearly not to be the recipient of any such détente.

Last November, Trump listed Mace as one of the GOP lawmakers in Washington, D.C. he was targeting for defeat. That confirmed my prior coverage … which delved extensively into the origins of Trump’s disdain for his former South Carolina staffer.

As for Fry (above, left), Trump is endorsing him because Rice was one of the ten GOP lawmakers who voted to impeach him last January over his alleged “incitement” of the riots.

Rice has since doubled down on that vote, while his wife – commercial realtor Wrenzie Rice – fanned the flames when she referred to Trump’s supporters as a “cult” and likened the ex-president to Adolf Hitler.

Of interest? Fry’s attendance at the Mar-a-Lago event this week caused him to miss a key tax cut vote in the S.C. House of Representatives – a fact that was not lost on the Rice campaign.