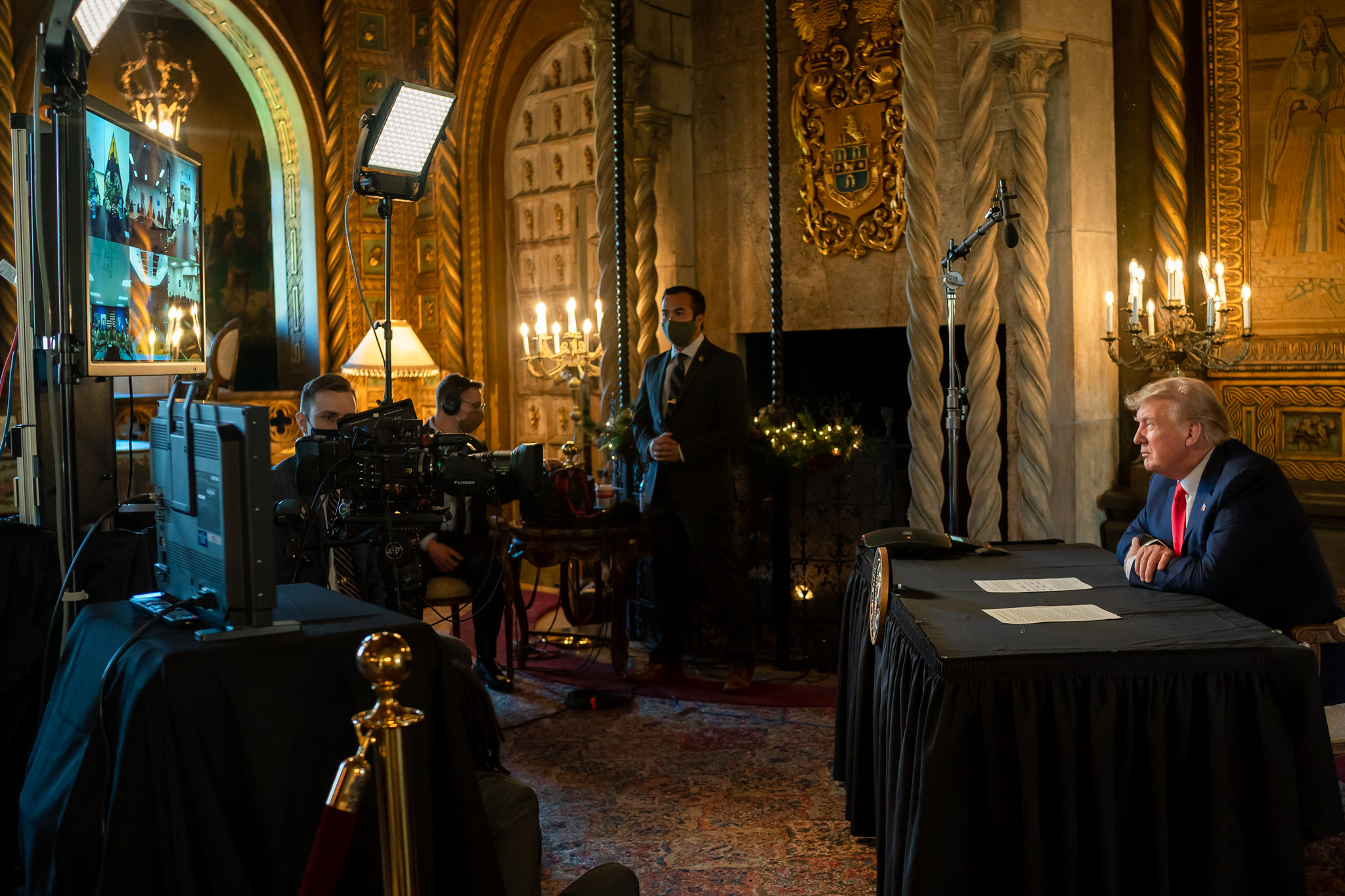 Back in January, U.S. congressman Tom Rice shocked the nation when he joined nine other Republican lawmakers in voting to impeach then-president Donald Trump over the latter’s alleged “incitement” of a mob that stormed the U.S. capitol on January 6, 2021.

That vote – which Rice has steadfastly defended, incidentally – was a definitional shocker.

For starters, Rice was a longtime Trump supporter – voting with the former president more than ninety percent of the time during the latter’s tenure in office. Also, the seat Rice currently holds – representing South Carolina’s seventh congressional district – is staunchly Republican. Seventh district voters backed Trump with 58 percent of the vote in 2016 and supported him with 58.8 percent of the vote again last fall.

Obviously, several of the GOP lawmakers who joined with Democrats to impeach Trump were … expected defections. Take Liz Cheney of Wyoming, for example, who lost her leadership post in the U.S. House over her opposition to Trump. Cheney, a staunch “neoconservative,” was a #NeverTrump Republican from day one, though.

“This is one no one saw coming,” noted Domenico Montanaro, senior political editor for NPR.

Rice’s vote had seismic reverberations in his district – prompting a groundswell of conservative grassroots opposition to his reelection bid as well as a flood of challengers for his seat. It also drew a formal rebuke from his own party.

Rice’s wife, commercial real estate agent Wrenzie Rice, didn’t help her husband’s cause when she described backers of the former president as part of a “cult.”

“The Trump cult runs strong,” Wrenzie Rice wrote in an email to one of her husband’s supporters that was leaked to the press two months ago. “Sometimes I wonder if this is how Hitler came to power.”

Given all this acrimony, you would expect Trump to have zeroed in on Rice as his top target for defeat in the 2022 election cycle in South Carolina. That would also make sense considering Rice is, by virtue of his impeachment vote, the most vulnerable incumbent congressman in the Palmetto State – and perhaps one of the most vulnerable incumbent members of congress in the country.

You would be wrong, however …

According to multiple source familiar with the 2022 midterm plans of the 45th president, his top target for defeat in the upcoming election cycle in South Carolina is incumbent first district congresswoman Nancy Mace.

“He wants her gone more than Tom Rice,” one Trump confidant told me recently, referring to Mace.

Mace did not vote to impeach Trump. However, she did rip him in no uncertain terms for allegedly fomenting the violence.

Mace (above) also claimed Trump’s actions on the day of the riots “put all of our lives at risk,” referring to herself and other members of congress.

As I have often noted, Mace made the same political miscalculation (when it comes to GOP primary voters, anyway) as former South Carolina governor Nikki Haley – who made similar comments in the aftermath of the capitol riots.

Haley has been contorting herself ever since in the hopes of getting back in Trump’s good graces (and the good graces of his followers) … to no avail.

“Haley bet on Republican voters abandoning Trump – but instead they abandoned her,” I noted in post last month which took note of Haley’s latest hypocrisy.

Mace has also been working overtime in the hopes of rehabilitating herself with the right (and far right) wings of her party – posting bikini bod pictures to social media, carrying a loaded firearm on her hip to party meetings and taking a high-profile junket to the U.S.-Mexican border.

Will any of it matter if MAGA voters are against her, though?

Mace has already drawn a pair of GOP primary challengers – and could face even more opposition as Trump backers are said to be actively recruiting, vetting and auditioning candidates to run against her.

Why are Trump’s strategists – and according to some, Trump himself – so invested in seeing her defeated? Especially in light of Mace’s ongoing rearguard march back to MAGA-land?

According to my sources, it all goes back to Trump’s June 10, 2020 decision to give Mace his “complete and total endorsement” in her general election campaign against former U.S. congressman Joe Cunningham, whom she narrowly defeated last fall.

“We need you in Washington fast,” Trump tweeted at the time.

“Mr. President, I can’t thank you enough,” Mace responded. “Together we will take back the House!!”

Trump’s intimates tell me he was warned by numerous advisors not to endorse Mace last spring – even after she won the GOP primary for the first congressional district.

“She will stab you in the back,” one of Trump’s advisors reportedly cautioned him.

Another warned the former president that Mace was “just like Nikki Haley” and likely to be a “fair weather fan” – one whose own ambition would supplant any stated loyalty to the White House.

Trump brushed off these warnings, however, telling his advisors he owed Mace an endorsement because she was one of his former employees during the 2016 “First in the South” presidential primary.

Along with former U.S. ambassador Ed McMullen and former S.C. majority leader Jimmy Merrill, Mace was one of the first three “First in the South” staffers Trump hired. She continued to work for his national operation for seven months following his victory in South Carolina.

During the 2020 congressional primary campaign, Mace’s status with Trump was questioned by several of her primary rivals – including Mount Pleasant, S.C. town councilwoman Kathy Landing.

Landing cited rumors surrounding Mace’s departure from the Trump campaign in the summer of 2016 – and said her erstwhile primary rival should have addressed the speculation once and for all during a May 2020 debate.

“Nancy Mace should have answered why she was not on President Trump’s team for the final months of the campaign,” Landing told me after the debate.

Another one of Mace’s primary rivals – “Bikers for Trump” founder Chris Cox – claimed Mace was fired from Trump’s campaign, an allegation Mace has repeatedly denied. Meanwhile, a whisper campaign during the 2020 primary suggested Mace’s departure from the Trump campaign may have been linked to something even more salacious.

This news outlet was leaked one especially juicy morsel – however it did not rise to the level of something I would report.

Mace’s campaign rebuked the rumors surrounding her departure from the 2016 campaign as “conspiracy theories and lies.”

“In 2015 Nancy was hired to work on the Trump campaign until the end of the South Carolina primary, but instead ended up being asked to travel to several more states and work for them longer than planned,” Mace spokeswoman Mara Mellstrom said at the time. “Nancy loved every minute of it, but politics isn’t her occupation. She earns her living and pays her bills in real estate and has done so for the past several years. She had to get back to her job doing that.”

Whatever precipitated Mace’s departure from the Trump campaign, the questions stopped after she won the June 2020 primary. And with Trump’s support, she proceeded to eke out a razor-thin victory over Cunningham to become the first Republican woman ever elected to congress from South Carolina.

Confronted with Mace’s post-riot quotes, Trump reportedly seethed. Stoking his ire? The fact he went out on a limb for Mace against the advise of so many of his counselors.

“If there is one thing he cannot stand it is someone telling him ‘I told you so,'” one Trump-affiliated strategist told me.

Obviously, Trump is mercurial … and there is plenty of time between now and next June for him to reconsider. And who is to say Mace won’t try to use her vaunted powers of persuasion to succeed where Haley has failed – notably in getting an audience with Trump at his Mar-a-Lago club in Palm Beach, Florida?

As of this writing, though, Mace’s post-riot rebuke of the former president – and her more recent embrace of his rivals in Washington, D.C. – has firmly established her as his top target for defeat in the Palmetto State in the coming election cycle.

BANNER VIA: The Trump White House