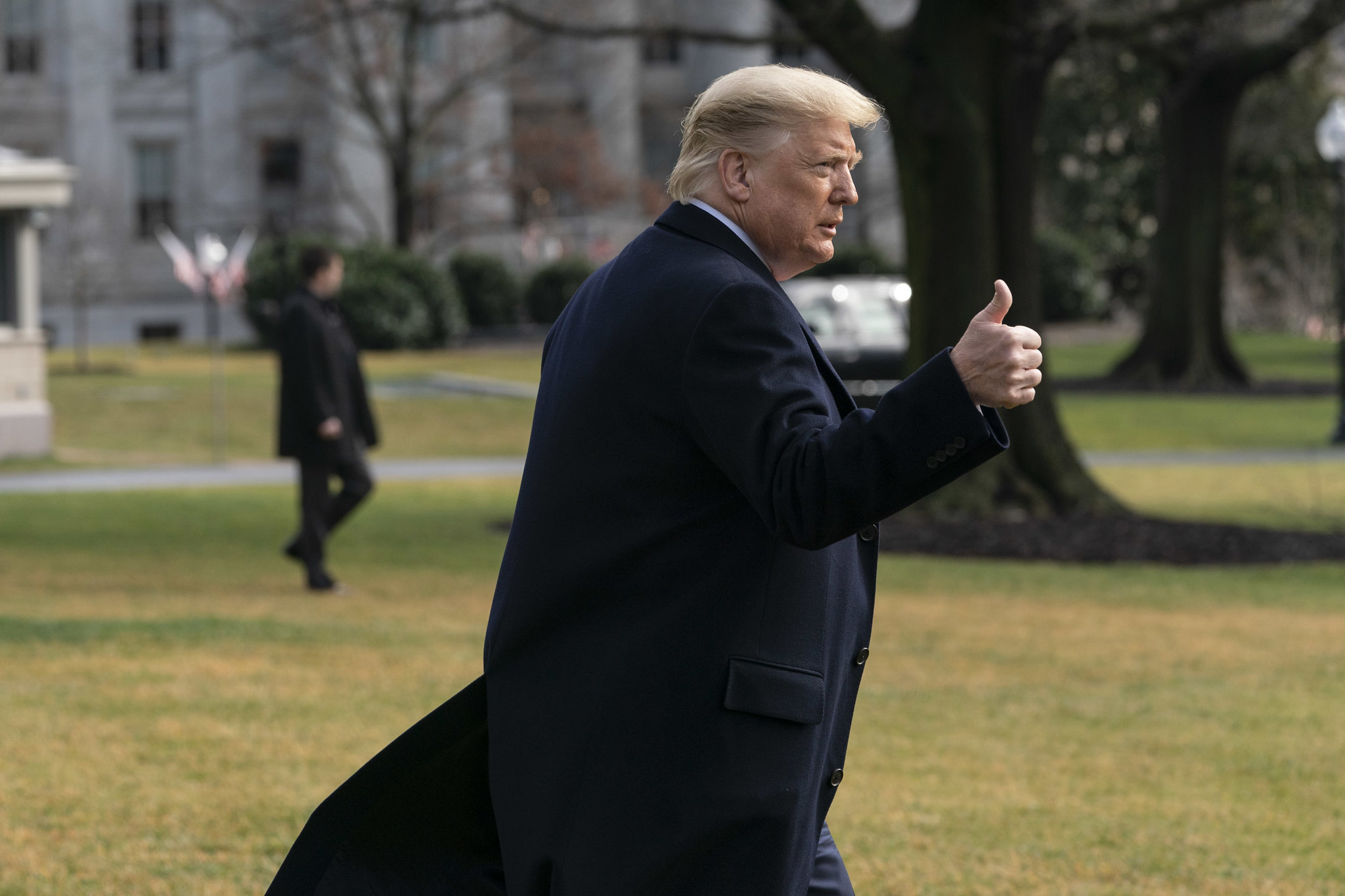 One of the stories that is not being told in the aftermath of the presidential primary election in New Hampshire is the extent to which U.S. president Donald Trump fared exceedingly well in his non-race against former Massachusetts governor Bill Weld.

With 96 percent of precincts reporting, Trump had already drawn a whopping 127,937 votes – easily outdistancing the 75,439 received by Democratic primary winner Bernie Sanders in a competitive race.

That sort of turnout in a non-competitive election is, to borrow the president’s vernacular, “yuge.”

Yet it barely registered as a blip on the national radar.

Trump is correct to bring this up … but in doing so, he raises an interesting point regarding a recent decision by Republicans in South Carolina to cancel the Palmetto State’s “First in the South” GOP presidential primary.

Ostensibly on the orders of his campaign …

To recap: The S.C. Republican Party (SCGOP) called off its 2020 primary as an admitted sop to Trump – although its leaders later tried to rationalize the move as an attempt to save taxpayer money (like that’s something South Carolina Republicans would do … LOL).

The decision – which flagrantly violated party rules (and state law) – was upheld by a S.C. circuit court judge, although we believe her erroneous ruling has left the door open to a compelling legal challenge down the road.

In fact, we referred to the decision by judge Joceyln Newman as “not only wrong” but “demonstrably false.”

In South Carolina, state law requires that presidential preference primaries be conducted in accordance with the rules of the two major political parties – and the SCGOP’s rule unambiguously called for a primary to be held in 2020.

Party leaders were permitted to change the date of the election – or schedule a primary if one was not authorized by its convention delegates – but they were (are) not allowed to cancel the election.

So why did the GOP break its own rules and call it off?

One theory is that canceling a non-competitive primary would permit Trump supporters to cross over (South Carolina is an open primary state) and manipulate the outcome of the “First in the South” Democratic presidential primary … a phenomenon which is apparently happening (or at least being discussed by Trump supporters).

Others believed Trump’s political advisors were worried about a challenge from former South Carolina governor Mark Sanford (clearly they shouldn’t have been) – or a national discussion about the adverse impact of the trade war on the Palmetto State.

Whatever the reason, we repeatedly urged party leaders not to go down the path of disenfranchising the state’s GOP electorate.

“This is bigger than politics. Or ideology. This is about American democracy and the fundamental, (we presumed) unassailable right of American citizens to participate our Republican form of government,” we wrote last summer.

Of course, in failing to follow the law (and denying democratic process to hundreds of thousands of GOP voters), South Carolina Republicans have also hurt Trump.

“Obviously Trump is not going to lose a GOP primary in South Carolina … where Republican voters are monolithically behind him (particularly in the wake of the impeachment saga),” we wrote back in December.

Now that Trump has been acquitted in the impeachment trial, his South Carolina support is even stronger … meaning turnout for him in the Palmetto State would have been through the roof had Republicans held their election.

Seriously … Trump could have won South Carolina’s GOP primary with 99 percent of the vote. And in the process outdrawn the entire Democratic field.

Talk about some solid messaging points …

Or rather potentially solid messaging points.

By canceling the South Carolina primary, though, Republicans have not only denied Trump a positive electoral narrative … they have potentially fueled the perception of a surge in Democratic voter intensity (which coming on the heels of strong Democratic turnout in New Hampshire could lend fresh momentum to the party as it enters the thick of its primary fight).

After all, national reporters are dying to write about a “blue wave” against Trump, right? What could possibly be more compelling than a blue wave crashing onto the bright red shores of GOP-controlled South Carolina?

Even more ominous for Trump than a missed messaging opportunity is the potential for scandal related to the SCGOP decision. This news outlet has heard from numerous national media sources eager to know the backstory behind the party’s decision.

For that, we would need to point them to comments made by chairman Drew McKissick fourteen months ago.

“Considering the fact that the entire party supports the president, we’ll end up doing what’s in the president’s best interest,” McKissick told reporter David M. Drucker of The Washington Examiner in December 2018.

The follow-up questions here are obvious: Who told the party that breaking its rules/ state law was in Trump’s best interest? Was the party instructed to cancel its primary? When was this directive communicated? Was the Trump reelection campaign involved? Was anyone in the White House involved?

So far, Trump’s campaign and the SCGOP have avoided any sustained, mainstream media scrutiny regarding the decision to cancel the primary – but the growing likelihood that Trump supporters will infiltrate the Democratic race could soon invoke this narrative on the national stage.

And from there who knows how things might play out …

Should South Carolina Republicans have cancelled their 2020 presidential primary?