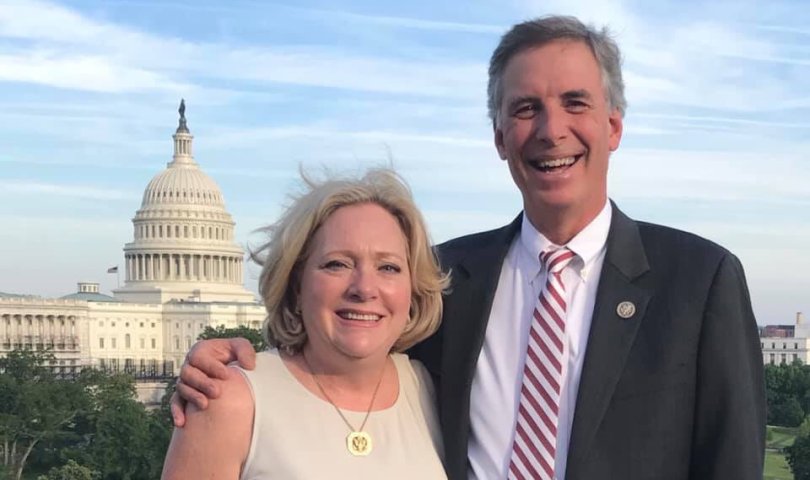 As I noted in an article published just last week, South Carolina congressman Tom Rice was already facing an uphill road in his bid for a fifth term in the U.S. Congress.

Well, that path may have just become completely unnavigable …

Rice, readers will recall, was one of ten GOP members of the U.S. House of Representatives who who joined Democrats in impeaching former president Donald Trump over the latter’s alleged “incitement” of a mob that stormed the U.S. capitol on January 6, 2021.

As I have previously pointed out, this vote has defined Rice’s reelection bid in the Palmetto State’s pro-Trump seventh congressional district – generating a groundswell of conservative grassroots opposition, a formal rebuke from his own party and a flood of challengers.

Despite the overwhelming condemnation Rice is facing from Republican voters in his district, the 63-year-old attorney has remained defiant regarding his vote …

“I will always choose to protect the Constitution over any one man,” Rice wrote in an email to supporters last week.

Apparently Rice’s wife, commercial realtor Wrenzie Rice, has been even more defiant in support of her husband’s vote to impeach Trump …

According to reporter Tom Pappert of the website National File, Wrenzie Rice penned an email earlier this year to an unnamed individual who had previously written her husband expressing support for his impeachment vote.

In responding to this individual, Rice described backers of the former president as part of a “Trump cult” and – according to Pappert – “likened the 45th president to genocidal dictator Adolf Hitler, one of the most evil villains in history.”


“Tom has not waivered (sic) one bit on his vote, but the Trump cult runs strong,” Wrenzie Rice is said to have written in the email, which was reportedly dated February 8, 2021. “Sometimes I wonder if this is how Hitler came to power.”

The interchange between Wrenzie Rice and this anonymous supporter was provided to Pappert by “a senior South Carolina Republican party official.”

Ready for some irony? Just three weeks ago, Drew McKissick – chairman of the S.C. Republican party (SCGOP) – was pilloried after he referred to certain Trump supporters as being part of a “leper colony.” That remark resulted in McKissick being censured by the Horry county Republican party.

These battles are part of what I have described as an ongoing GOP “civil war” in the Palmetto State – one unfolding ahead of statewide partisan primaries in June of 2022 and the pivotal “First in the South” presidential primary in January 2024 (well, assuming Republicans don’t cancel this election again).

Gable wrote that Wrenzie Rice’s “cult” reference invokes memories of “Jim Jones and his kool aid drinkers or Charles Manson and his group.”

“Is cult really the proper term to use to describe a substantial group of voters in the seventh district who have cast ballots for her husband in the past?” Gable wondered. “One must question how, after eight years in the Washington political climate, both the congressman and his wife remained so politically unaware of how Rice’s vote to impeach President Trump would alienate so many voters in his district and why both chose to double down on their stance against Trump?”

As noted previously, I did not agree with Rice’s impeachment vote. Not because I supported Trump or his actions leading up to the riots (I endorsed libertarian candidate Jo Jorgensen in 2020, by the way) – but because I simply didn’t believe the former president’s actions warranted impeachment. In fact, in the aftermath of the capitol riots I made certain this news outlet – unlike the mainstream press – went out of its way to defend free speech and rebuke censorship.

Still, I have also acknowledged that Rice and other lawmakers “were put in a pretty scary position by the Trump supporters who stormed the capitol on January 6, 2021.” Accordingly, I have declined to judge them for voting their consciences on that issue.

At this point, though, Rice would have better luck switching parties and running as a Democrat for this district. Because there is no way in hell he is going to win the Republican nomination.