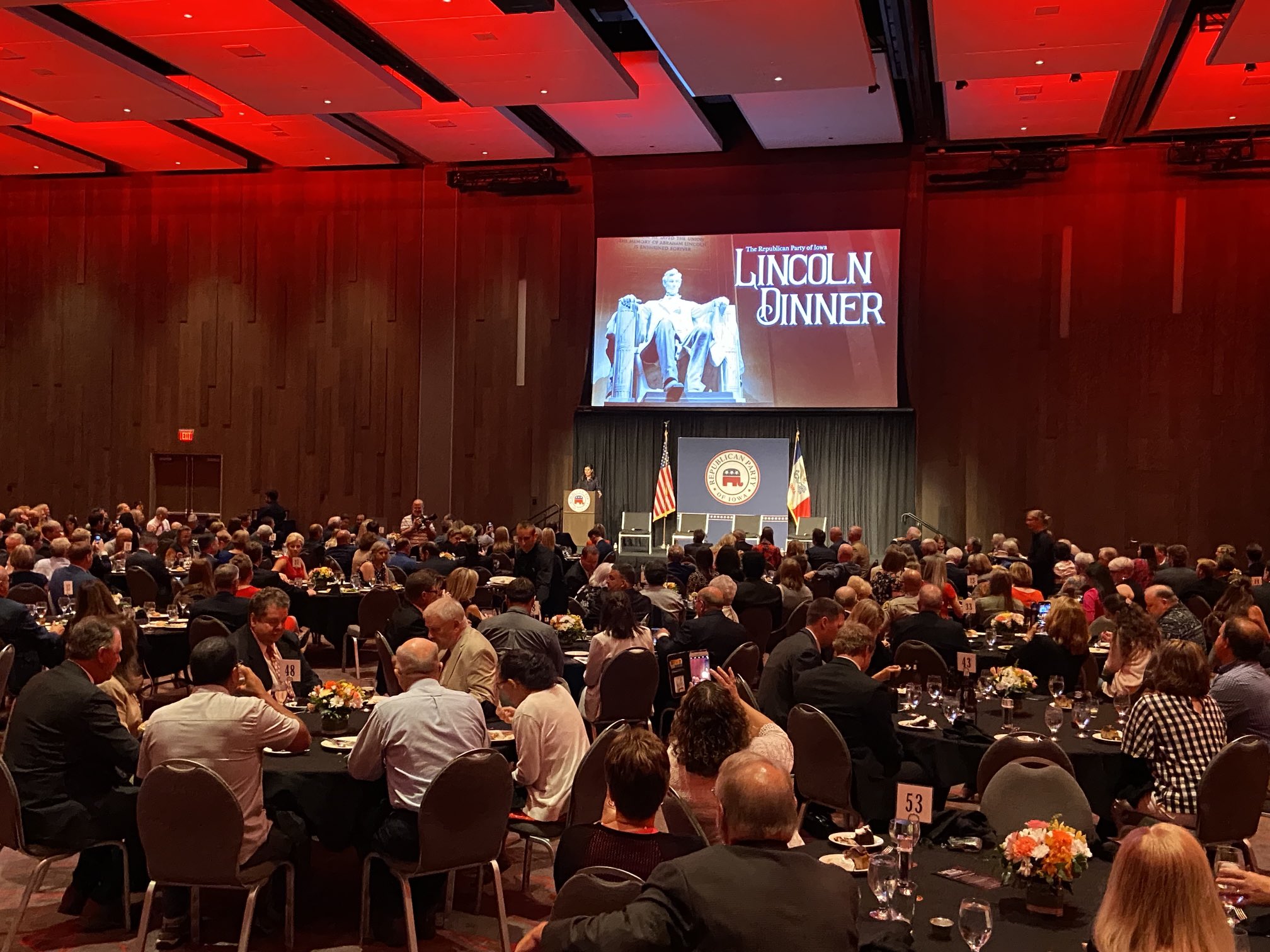 Former United Nations ambassador Nikki Haley continued contorting herself on the subject of her old boss – ex-president Donald Trump – delivering a speech in early-voting Iowa which heaped praise on the man whose political obituary she proclaimed only a few short months ago.

“Thank goodness for Donald Trump, or we never would have gotten Kamala Harris to the border,” Haley told Iowa Republicans – a reference to the former president’s planned visit to the U.S.-Mexican border next week.

Trump’s trip appears to have inspired a long-awaited border visit by U.S. vice president Kamala Harris – who has been taking heat for her failure to directly address the immigration crisis that president Joe Biden tasked her with handling several months ago.

In addition to praising Trump on the issue of border security, Haley touted his foreign policy successes – saying she “saw firsthand as ambassador to the United Nations that Donald Trump put America first.”

Haley’s comments came as she delivered the keynote address at the Republican Party of Iowa’s annual Lincoln Dinner on Thursday evening.

As readers are no doubt aware, these remarks sounded a decidedly different tone than the one she invoked regarding Trump six months ago …


In the aftermath of the bloody rioting at the U.S. capitol on January 6, 2021, Haley and other GOP politicians blasted Trump for his alleged role in inciting the violence. But none went as far in rebuking Trump – and writing him off politically – as the former South Carolina governor.

Haley was already considered suspect by Trump supporters (and other conservative Republicans) prior to making these comments. Now she is nothing short of a pariah on the right (and with Trump) … and her ongoing efforts to rehabilitate her image do not appear to be working.

“Haley’s apparently trying out for the U.S. Olympic gymnastics team – doing a full backflip with a 180-degree twist landing in a kneeling position facing Mar-a-Lago,” one national GOP operative told me this week. “She’s no Simone Biles, but the girl has spunk and isn’t afraid to look like a fool. Don’t imagine she’ll be representing team USA to the world any time soon though.”

Despite being shunned by the conservative base of the GOP, Haley has been embraced with open arms by the establishment wing of the party – which is eager to capitalize on her status as a minority female. Haley embraced this identitypolitik shtik in her Iowa address, touting her status as “the first female and minority governor of South Carolina.”

Haley’s Iowa speech came just days after she was spotted huddling with ex-White House luminaries Ivanka Trump and Jared Kushner on Kiawah Island, S.C. – another reminder of the influential alliances she made during her two years in Trump’s cabinet.

As I noted in my report on that gathering, Ivanka Trump and Kushner intended to “draft” Haley as a replacement for former vice president Mike Pence on the 2020 GOP ticket – an effort which obviously failed. Like Haley, Pence has fallen out of favor with Trump and his supporters in the aftermath of the Capitol riot.

But Pence doesn’t have this power couple in his corner …

While Haley faces potentially insurmountable odds in winning over grassroots conservatives, she maintains a solid base of neoconservative and Israeli financial backers. That should keep her relevant in the 2024 conversation even as she struggles to live down her prior criticism of Trump …