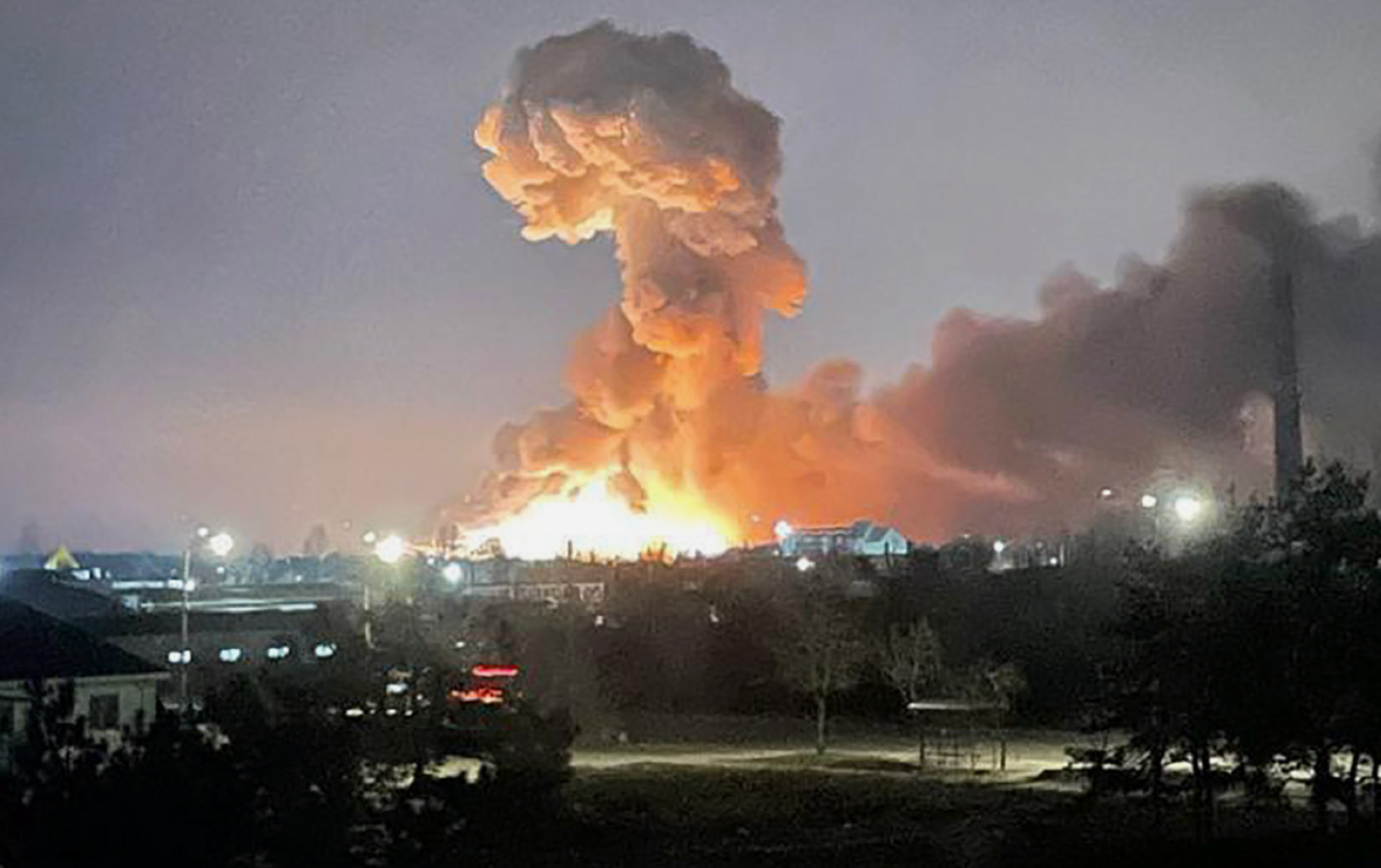 Seven years after an American-led coup ousted a democratically elected pro-Russian government in Ukraine – and less than two years after the eastern European nation signaled its intention to cooperate militarily with western governments – the bear is back.

After months of speculation as to its intentions, Russia launched a “special military operation” in its former satellite country – a move Ukrainian president Volodymyr Zelensky decried as a “full-scale invasion” of his nation.

Whatever you want to call it, the aggressive military action has threatened to upend the global balance of power – and has U.S. president Joe Biden (a man with some serious Ukrainian skeletons in his closet) staring down the most serious foreign policy challenge of his administration.

“The prayers of the entire world are with the people of Ukraine tonight as they suffer an unprovoked and unjustified attack by Russian military forces,” Biden said in a statement issued from The White House, calling the invasion “a premeditated war that will bring a catastrophic loss of life and human suffering.”


“Russia alone is responsible for the death and destruction this attack will bring, and the United States and its Allies and partners will respond in a united and decisive way,” Biden continued. “The world will hold Russia accountable.”

“I think what you’re going to see is that Russia will be held accountable if it invades,” Biden said at the time. “And it depends on what it does. It’s one thing if it’s a minor incursion and then we end up having a fight about what to do and not do.”

Ukrainian leaders rebuked him for this statement.

“We want to remind the great powers that there are no minor incursions and small nations,” Zelensky said.

Still, the western response to the invasion is necessarily limited. Russia supplies Europe – especially Germany – with the natural gas it needs to keep homes heated (and keep the lights on). Russian gas exports set a new record in 2021, with Germany receiving more than half of its natural gas via a Russian pipeline. Does Europe really want to play a “sanctions game” with Moscow given its dependency on Russian energy?

While America and the world mull their response, Russian tanks were pouring into Ukraine

“Our plans are not to occupy Ukraine, we do not plan to impose ourselves on anyone,” Russian leader Vladimir Putin said in an address to his nation.

Putin added a dire warning for “those who may be tempted to intervene” on Ukraine’s behalf.

“Whoever tries to interfere with us, and even more so to create threats to our country, to our people, should know that Russia’s response will be immediate and will lead you to such consequences as you have never experienced in your history,” he said.

Russian military leaders gloated on the early success of their operation.

“Military infrastructure, air defense facilities, military airfields and aircraft of the Armed Forces of Ukraine are being put out of action by high-precision means of destruction,” a statement from the nation’s ministry of defense noted.

In Ukraine, leaders condemned the incursion and vowed to defend their nation’s sovereignty. They also appealed to the rest of the world for help.


“Putin has just launched a full-scale invasion of Ukraine,” the country’s foreign minister Dmytro Kuleba noted. “Peaceful Ukrainian cities are under strikes. This is a war of aggression. Ukraine will defend itself and will win. The world can and must stop Putin. The time to act is now.”

Kuleba pleaded for “devastating sanctions on Russia” as well as “weapons and equipment” for Ukraine. He further requested financial and humanitarian assistance.

Will America oblige these requests? Of course. Prior to the invasion, American taxpayers had already subsidized more than $650 million in military aid to Ukraine in the last year alone.

I suspect much more will now be approved via “emergency authorization.”

“This war and suffering could have easily been avoided if (the Biden administration) and NATO had simply acknowledged Russia’s legitimate security concerns regarding Ukraine’s becoming a member of NATO, which would mean US/ NATO forces right on Russia’s border,” former U.S. congresswoman Tulsi Gabbard noted.

It actually goes much deeper than that …

In 2014, the United States orchestrated the overthrow of Ukraine’s democratically elected government. Yes, you read that right. The country which prides itself on making the world “safe for democracy” led a coalition of some unseemly allies (including the Nazis) for the purpose of overthrowing pro-Russian president Viktor Yanukovych.

Why?  Well, we found out why during Biden’s bid for the White House in 2020 … except no, that story was spiked by the mainstream media and overtly censored by left-leaning social media, wasn’t it?

What do you think? How should America respond to the Russian invasion? Vote in our poll and post your thoughts in our always-engaging comments section below …

How should America respond to Russia's invasion of Ukraine?

“State Of Calamity” In Philippines