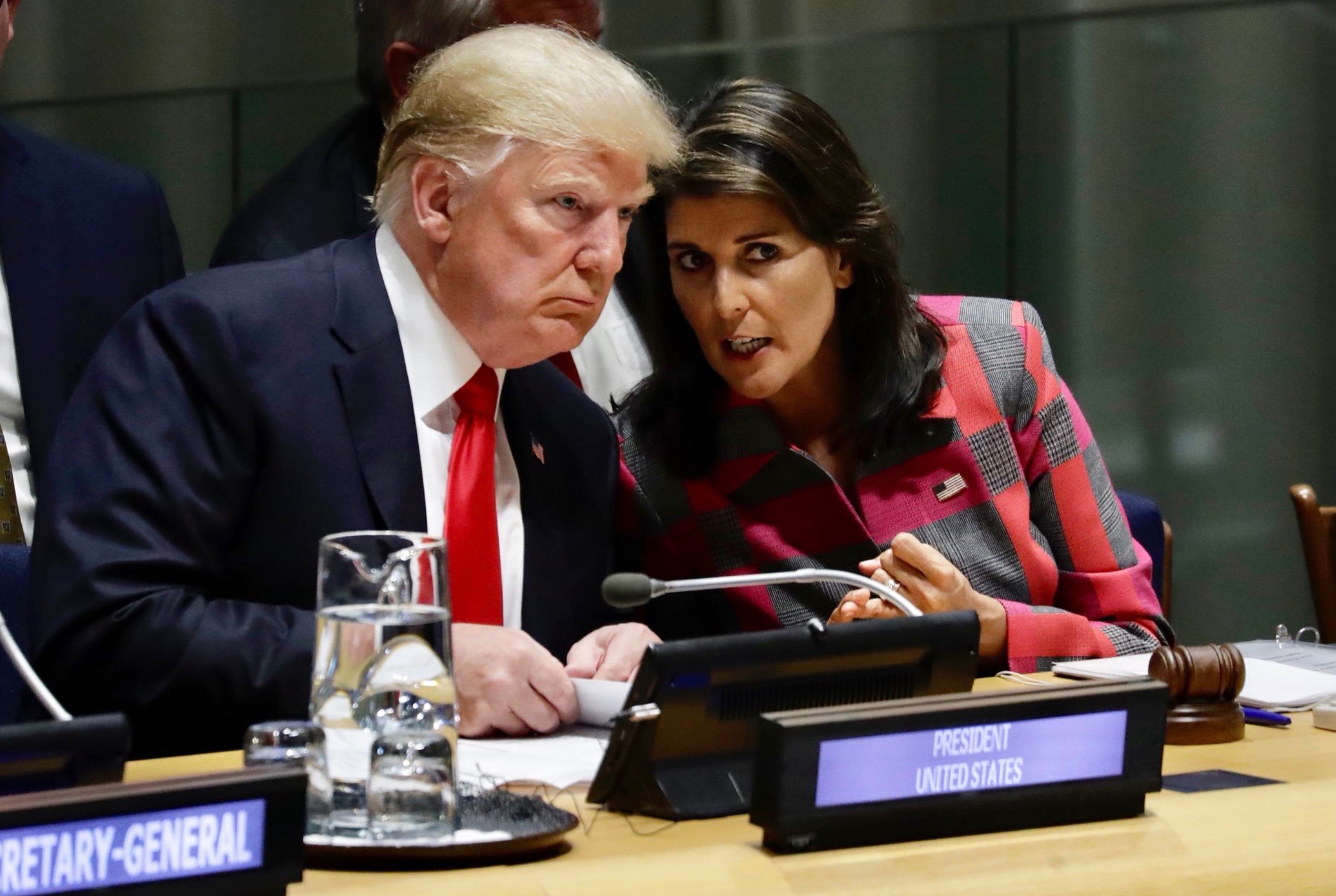 In the latest example of his mercurial and inherently inconsistent nature, former U.S. president Donald Trump reportedly granted an audience to Nikki Haley – his ambassador to the United Nations from 2017-2019 who later slammed him for allegedly inciting an insurrection in our nation’s capital.

Trump’s decision comes three months after he ripped Haley for her hypocrisy – and less than a month after he put another one of his Palmetto State critics, Nancy Mace, at the top of his scheisse list.

Both Haley and Mace roundly condemned Trump for allegedly inciting the January 6 rioting at the U.S. Capitol – which resulted in Trump getting impeached for a second time.

“Everything that he’s worked for … all of that – his entire legacy – was wiped out yesterday,” Mace said the day after the bloody assault on the Capitol complex.


As I have frequently noted, setting aside the merits of their criticism (or lack thereof), Haley and Mace made a staggering political miscalculation. Basically, they bet on Republican voters abandoning Trump – which didn’t happen.

Instead, they turned on Haley and Mace.

Actually, many conservatives had abandoned Haley long before she turned on Trump … and for that matter so had many of her erstwhile centrist cheerleaders.

Haley sought an audience with Trump back in February … but was denied. And months later, Trump mocked Haley for her ongoing vacillation when it comes to him and the political movement he founded.

“Every time she criticizes me, she uncriticizes me about fifteen minutes later,” Trump told Gabriel Sherman of Vanity Fair.

According to Politico, though, Trump’s anger toward Haley abated sufficiently so as to grant her an audience at his ritzy Mar-a-Lago Club in Palm Beach, Florida last week.

“Nikki Haley finally landed a one-on-one with Donald Trump after he rejected her request for a sit-down in February following her condemnation of his actions,” the website’s ‘Playbook‘ for Friday morning noted. “While Haley faced the prospect of being one of Trump’s sworn enemies ahead of a potential 2024 presidential campaign, she praised him during a recent speech in Iowa and said she won’t challenge him in a primary.”

Politico reporters noted that is not a pledge that has been made by another 2024 prospect, Florida governor Ron DeSantis.

“Nearly ten months after the first snub, Trump finally granted (Haley) a visit to Mar-a-Lago to kiss the ring,” the website’s ‘Playbook‘ for Friday morning noted.

“He doesn’t see the point in making enemies,” a source close to Trump told Politico.

Really? Just last month, Trump solicited a challenger to Mace in South Carolina’s first congressional district – where the incumbent continues to do battle with the conservative wing of the GOP.

“Saving America starts by saving the GOP from RINOs, sellouts, and known losers!” Trump said in a statement, calling on “America First Republican Patriots” to run primary campaigns against Mace and ten other members of congress.

Anyway, the Trump aide who spoke with Politico said the former president remains “skeptical of Haley because of her back-and-forth statements about him.”

So why grant her an audience? Well, aside from the fact Haley remains very close to ex-White House luminaries Ivanka Trump and Jared Kushner.

“He likes teasing people,” another source close to Trump told the website.