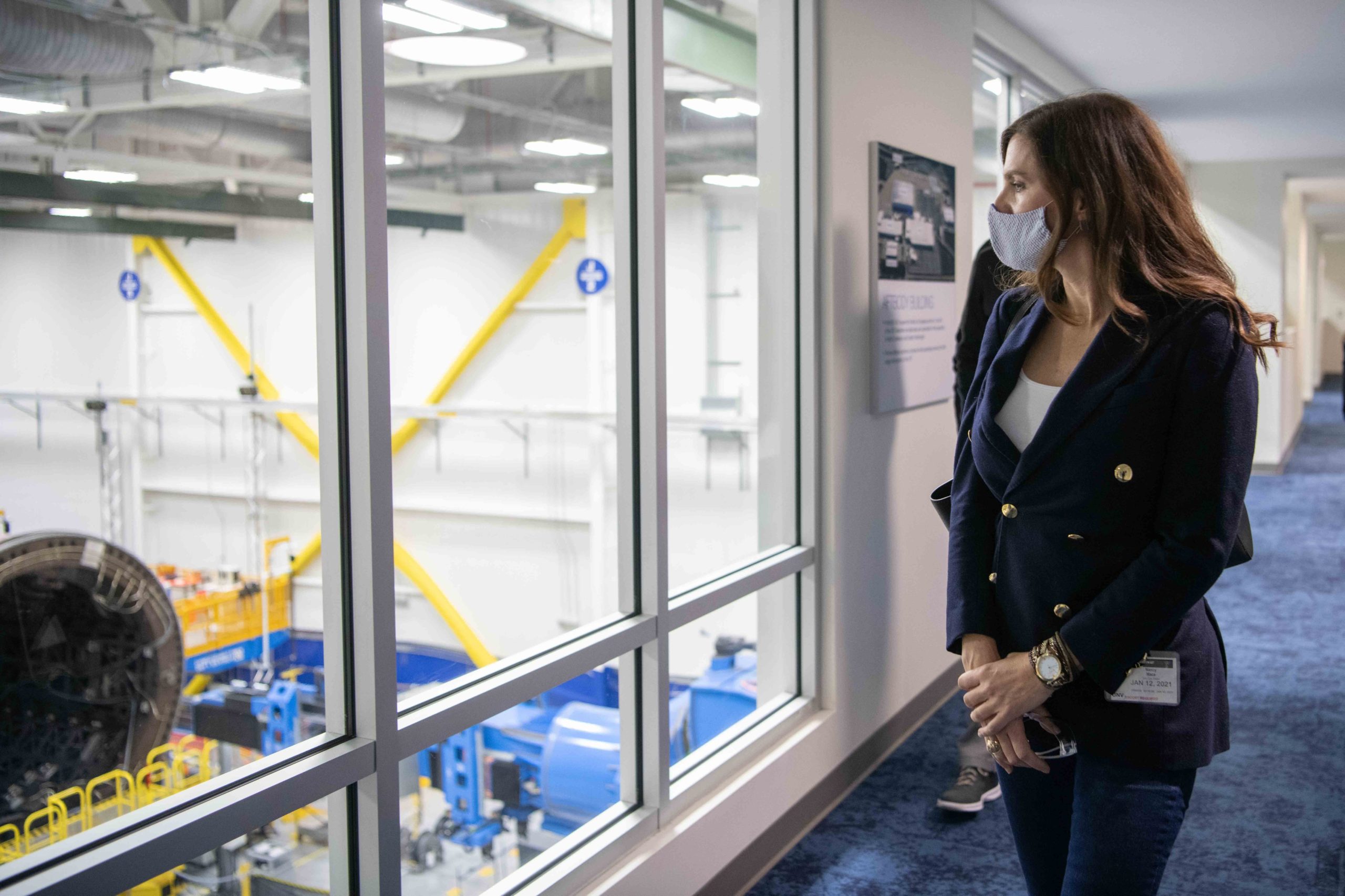 What a difference a month makes, right? In the aftermath of the deadly rioting at the U.S. capitol building on January 6, 2021, congresswoman Nancy Mace of South Carolina emerged as one of then-president Donald Trump’s most outspoken critics.

She also staked herself out on the far left flank of the GOP’s civil war, vowing to be a “new voice for the Republican party.” Mace also attacked one of Trump’s allies in the U.S. House for allegedly being affiliated with QAnon – a shadowy group that has sought to counter increasingly leftist mainstream media coverage by peddling similarly untrustworthy right-wing conspiracy theories.

Unfortunately for Mace, the Republican party is not ready for a new voice … or at least it isn’t yet. With polling showing Trump firmly ensconced as the party’s standard-bearer for the foreseeable future, Mace and fellow GOP centrists like Nikki Haley have been forced to make course corrections as they plot their ascendency within the party.

(See here and here for examples of what we are talking about).


The latest example of Mace’s ongoing recalibration? Or rather her re-recalibration? A tweet blasting Democrats in the U.S. Senate for moving forward with Trump’s impeachment trial.

“Congress COULD be working to get our kids back in school, speeding up COVID-19 vaccinations, or helping Americans struggling to make ends meet,” Mace tweeted. “But Senate Dems are putting that on hold to impeach a president … who is no longer president. What are we doing here?”

“An impressive retreat,” our intrepid D.C. Operative noted, noting that Mace appeared to have come full circle on Trump in less than a month’s time.

Obviously the purpose of the Senate trial is – or rather, was – to prevent Trump from seeking the White House again in 2024. But seeing as 36 out of 50 Republican senators have already gone on record saying they will not vote to convict him based on the article of impeachment filed against him by the U.S. House last month, the trial is moot.

Barring any unexpected bombshells, the impeachment is likely to be a non-event …

As for Mace, she continues to face fallout from her opportunistic rebuke of U.S. congresswomen Alexandria Ocasio-Cortez of New York – who peddled a heavily dramatized version of the riots in which she claimed U.S. senator Ted Cruz tried to have her “murdered.”

We are not saying Mace was wrong in questioning Ocasio-Cortez, but the rebuke opened her up to allegations of hypocrisy considering how she barricaded the door to her congressional office during the attack and openly discussed fearing for her life.

Mace’s concern apparently extends beyond the borders of the Beltway …

According to multiple public safety sources in the South Carolina Lowcountry, Mace has repeatedly requested police escorts and other assistance from law enforcement when she is “in-district.”

As recently as this month, in fact, state law enforcement assets were dispatched to Mace’s residence to conduct a “sweep” in connection with an alleged bomb threat. The sweep was conducted by agents of the S.C. State Law Enforcement Division (SLED), we are told.

To be clear: This news outlet does not begrudge Mace for taking her safety – and the safety of her children – as seriously as the proverbial heart attack. And if there are indeed credible threats against her or her family – those threats must be diligently assessed and thoroughly investigated. And anyone making such threats must be arrested and prosecuted.

Such behavior is not just unacceptable … it is illegal.

Oh well, we will continue to track the political machinations of Mace, Haley and other GOP politicians as they continue trying to traverse the tricky tightrope of “Life After Trump.”