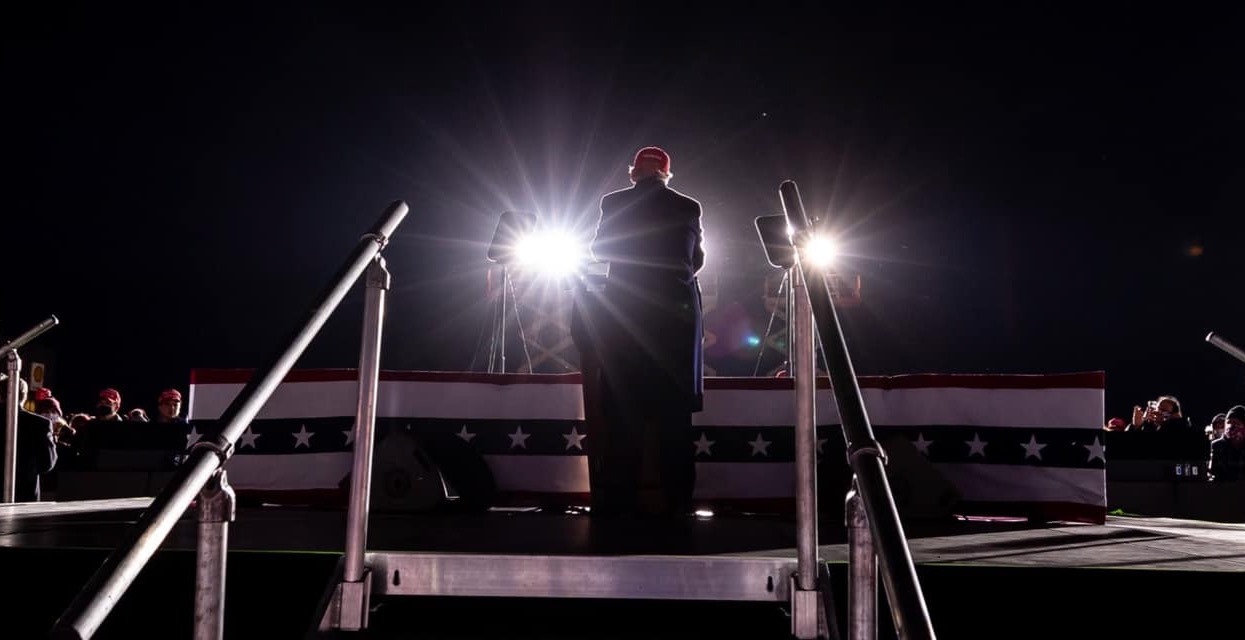 Former U.S. president Donald Trump is on the cusp of entering a contested congressional race in South Carolina – an early voting state where he remains revered by the GOP electorate.

According to multiple sources familiar with his plans, Trump is planning on endorsing fourth-term state representative Russell Fry – an attorney from Surfside Beach, S.C. – in his bid to defeat incumbent Tom Rice in the Palmetto State’s seventh congressional district.

The announcement is imminent, these sources say …

Rice, readers will recall, stunned the nation when he joined nine other Republican lawmakers in voting to impeach then-president Trump over the latter’s alleged “incitement” of a mob that stormed the U.S. capitol on January 6, 2021. The fifth-term incumbent has since doubled down on that decision, while his wife – commercial realtor Wrenzie Rice – fanned the flames by referring to Trump’s supporters as a “cult” and likening the ex-president to Adolf Hitler.

Not surprisingly, Trump has made defeating Rice one of his top priorities in the 2022 election cycle. Trump has also called on candidates to step forward to challenge first district GOP incumbent congresswoman Nancy Mace, although as of this writing a top tier rival to Mace has yet to emerge.


Fry has reportedly emerged as Trump’s top choice to replace Rice, however. A whip – or floor leader – for the “Republican” majority in the S.C. House, the 37-year-old lawmaker recently assailed Rice for his impeachment vote in a guest column published by this news outlet.

“Tom Rice chose to turn his back on us, and he should be ashamed of himself,” Fry wrote. “He switched allegiances and sided with the coalition of liberals, elites, and RINOs that had resisted President Trump’s efforts to Make America Great Again every step of the way. He used the vote we had entrusted to him and turned it on us by attacking the very America First principles we hold dear.”

That’s the sort of red meat Trump loves, people … but it was more than Fry’s rhetorical subservience to the former president that reportedly got Trump’s attention.

The former president’s hand was tipped over the weekend when another contender for this seat – conservative media personality Graham Allen – abruptly dropped out of the contest. According to Allen, he suspended his campaign after talking to Trump and learning of the former president’s plans to endorse Fry.

The district was first created in 1803 – but eliminated a half-century later. It was reestablished in 1883 and eliminated again in 1933. Most recently, it was reestablished in 2013 after the results of the 2010 Census showed South Carolina’s population expanding by more than 18 percent over the previous decade. Rice captured the seat in June 2012 by defeating former lieutenant governor André Bauer in a runoff election after the two finished at the top of a nine-candidate partisan primary field.

Key to Rice’s win over Bauer? An endorsement from then-governor Nikki Haley.

The general consensus on this race is that any GOP candidate who winds up in a head-to-head matchup with the incumbent will prevail (in South Carolina partisan primaries, if no candidate receives more than fifty percent of the vote on the first ballot the top two vote-getters advance to a head-to-head runoff election).