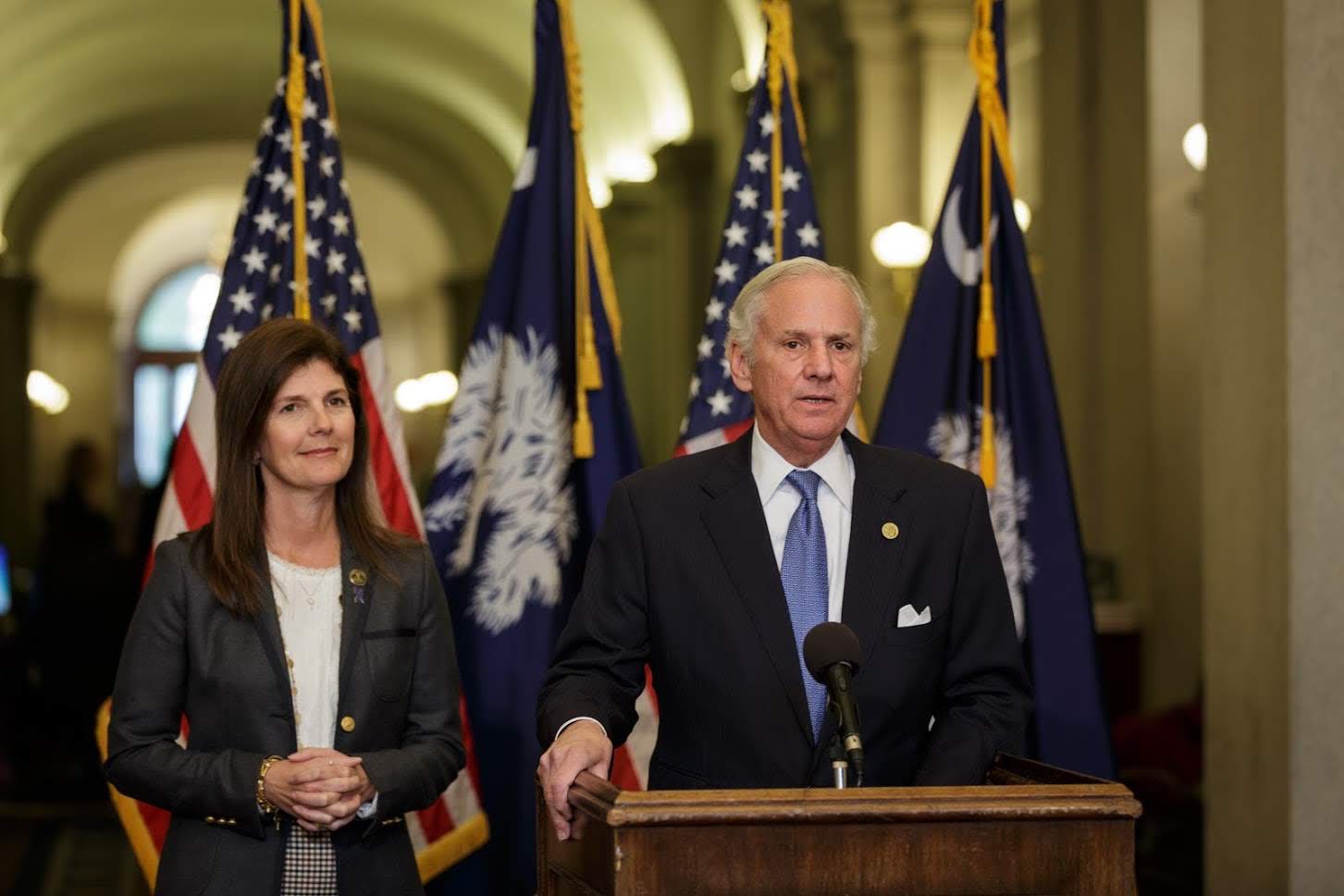 Despite perpetual rumblings to the contrary, South Carolina governor Henry McMaster is committed to keeping his upwardly mobile lieutenant governor on his ticket in 2022, multiple sources familiar with his plans told me this week. The news would seem to constitute a definitive resolution to the saga of Pamela Evette, whose relationship with the aging, status quo “Republican” leader has run hot and cold in recent months.

“She’s not going anywhere,” one of McMaster’s top donors told me this week, referring to Evette. “And you trying to turn a simple staffing matter into some salacious, politically damaging bullsh*t to hurt (the governor) was pretty weak.”

The donor is referencing my reporting on McMaster’s recent decision to fire Evette’s longtime confidant Sonja Milisic – who had been serving as a “special assistant” in the lieutenant governor’s office.

You can read my reports on that drama here and here … and I would certainly challenge anyone to find anything in either report which remotely approaches the vicinity of “salacious.”

I cited sources who said McMaster’s surprising decision to fire Milisic was “personal, not professional.” And while I acknowledged there were “plenty of rumors flying across the first floor lobby of the S.C. State House” related to her termination, I never confirmed any of the speculation.

Which is why I never printed any of the speculation …

Clearly the reports struck a nerve, though.

Evette’s political marriage with McMaster has been a rocky one. Since assuming office in January 2019, the Ohio native has been been kept on a tight leash (or in a box) by McMaster’s chief of staff Trey Walker (a.k.a. the “shadow governor“). However, the 53-year-old businesswoman did enjoy a brief reemergence last fall while McMaster was reeling from his mishandling of the Covid-19 crisis.

Of course things went south when Evette got ahead of her skis last fall and began plotting her own political future – i.e. one without McMaster.

McMaster and Evette formed an odd alliance back in 2018 as the governor sought (and won) his first, four-year term after being gifted the governor’s office by U.S. president Donald Trump in January 2017 (midway through former governor Nikki Haley’s second term in office).

Trump appointed Haley as his ambassador to the United Nations to clear a path to the governor’s office for McMaster – one of his few GOP establishment backers in the 2016 “First in the South” presidential primary.

While McMaster derived very little political value from picking Evette as his running mate, the consensus is she was tapped to deliver significant financial support to the ticket. Indeed, the incumbent governor benefitted from some curious funding sources as he battled Greenville, S.C. businessman John Warren – a political newcomer whom he was able to edge past thanks to this dark money windfall (and a last-minute endorsement from Trump).

Warren may challenge McMaster again in 2022, although some say he is waiting to run until 2026 – when McMaster is barred from seeking another term.

While the chips were down for McMaster last fall, though, Evette was busy plotting with Upstate magazine publisher (and former SCGOP chairwoman) Karen Floyd. Their relationship – like Evette’s relationship with Milisic – has reportedly caused significant consternation within the governor’s office.

Meanwhile, it has yielded very little benefit for Evette …

As bad as things have been between the two politicians, though, it appears they are stuck with each other “for better or worse.”

Why? One theory holds McMaster is simply too risk averse to make a bold move like jettisoning his No. 2.

“He has never done anything that controversial in his life,” one veteran GOP operative told me. “Henry hasn’t changed his suits since the 1990s. It’s a stretch to think he’d change running mates.”

This week, speculation was swirling that McMaster was going to replace Evette on the ticket with Upstate representative Bobby Cox of Greenville, S.C. Cox acknowledged he had heard the speculation – which reached a crescendo last Friday when the 41-year-old colonel in the U.S. Army Reserve (and former Army Ranger) appeared alongside his family at McMaster’s bill signing ceremony for a new law allowing “open carry” of firearms in the Palmetto State.

McMaster allies responded incredulously to those reports … stating definitively that there would be no change to the ticket ahead of the 2022 election.

Asked point blank whether McMaster (above) was planning on dumping Evette in 2022, the advisor was emphatic in rebuking such speculation.

“That isn’t happening,” they said. “It’s a totally made up story. It makes zero sense, (and was) obviously made up for a specific reason.”

The advisor declined to specify the reason, though …

In assessing the efficacy of McMaster making such a move, I have consistently argued doing so was not in his best political interests.

“Ditching Evette would seem to make little political sense for McMaster,” I wrote last month. “From a geographical standpoint, (she) has made an adopted home for herself in Travelers Rest, S.C. – smack dab in the middle of Warren’s base of support. Were McMaster to jettison her for a candidate not based in the Upstate, he would be effectively conceding the region to Warren.”

I also noted that dumping Evette for a male candidate could cost McMaster support among female voters.

“Evette has enjoyed the benefit of a statewide platform for the last three years – building up both her name identification and her political network,” I added. “Perhaps most importantly, though, she is rich … something McMaster reportedly leveraged to his benefit during the last contested GOP primary election against Warren.”