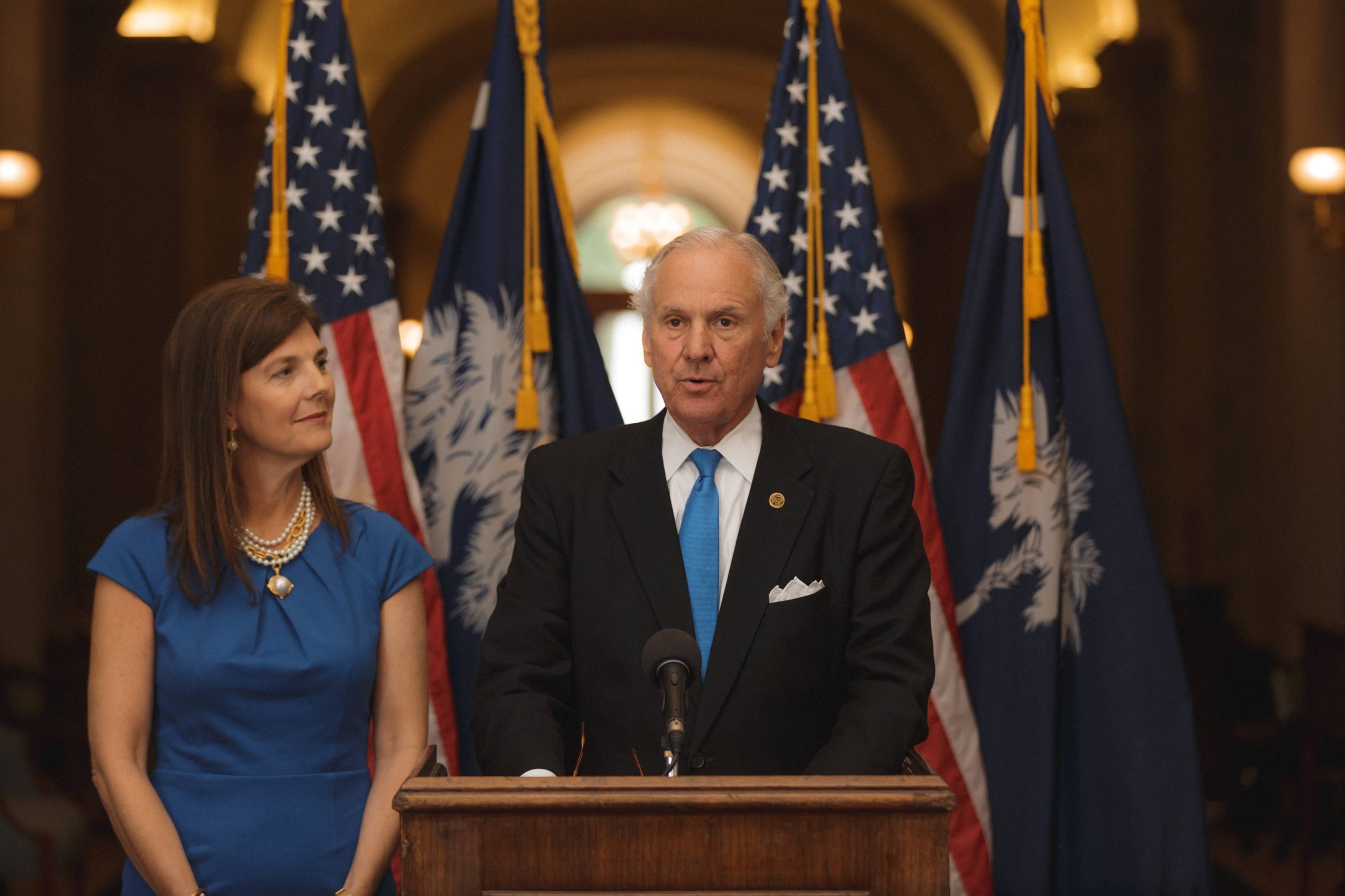 We are not sure exactly who started it, but there is a running joke at the South Carolina State House describing how gubernatorial chief of staff Trey Walker is leading the Palmetto State while his supposed boss, governor Henry McMaster, dodders about from one ceremonial appearance to the next.

While McMaster cuts ribbons, kisses babies and holds court with visiting dignitaries, Walker is in the governor’s office at the S.C. State House making executive decisions.

“Governor Walker is the prime minister,” a source told us, relaying the gist of the joke. “Henry is the Queen.”

The image of Walker in charge – à la Alexander Haig – is worth watching as it relates to the formulation of executive policy in the Palmetto State (last time we checked, no one elected Walker to the governor’s office).

It is also worth watching ahead of the 2022 statewide elections, which will almost certainly see McMaster challenged by a credible GOP rival.

As of this writing, McMaster has made it clear he is running for a second full term in office – although there is speculation he will be challenged again by Upstate businessman John Warren.

Warren nearly defeated McMaster in 2018, but the incumbent pulled out a narrow primary victory thanks in no small part to a last-minute intervention from U.S. president Donald Trump. Prior to that, McMaster benefited from Lowcountry attorney Catherine Templeton – who finished third in the primary race – being forced to train her fire on Warren at a pivotal moment in the contest.

Basically, McMaster’s top two rivals canceled each other out … then Trump proceeded to drag the 72-year-old politician across the finish line.

Running on the ticket with McMaster in 2018 was Travelers Rest, S.C. businesswoman Pamela Evette. A transplant from Ohio, Evette was plucked from obscurity by McMaster in the fall of 2017 – initiating a political alliance that has raised all sorts of eyebrows.

This alliance has also produced no shortage of drama … and a few awkward moments.

The most prominent theory as to the origins of this pairing? That Evette was tapped as McMaster’s running mate for the financial support her network could lend to his candidacy – which relied heavily on dark money resources to launch negative attacks on his 2018 rivals.

Evette, 52, founded Quality Business Solutions – a human resources and payroll firm – in 2005. She grew it into a successful business. Earlier this year, she and her husband reportedly began the process of selling their stake in the firm and moving their family to the capital city of Columbia, S.C. – where she could focus exclusively on her political career.

Will governor Walker allow her to do so, though?

It is no secret Evette (above) has ambitions on higher office. Which is precisely why Walker is reportedly keeping a tight leash on his “boss’s” second-in-command.

“He has control over her daily schedule and the remarks she gives at each event,” a source familiar with the dynamics of the relationship told us. “He approves all of her appearances – all of her speeches and media interviews.”

Walker has also reportedly used his choke collar to keep Evette from engaging on issues he believes might result in her stealing McMaster’s thunder.

“She has wanted to lead on some things,” one of Evette’s allies told us. “But (Walker) won’t let her.”

Evette isn’t the only statewide official Walker has reportedly sought to undercut ahead of the 2022 election cycle. We have received several other reports of the “governor” taking petty swipes and using his influence to marginalize other would-be political opponents.

“Trey comes from the Quinn school,” one longtime Palmetto political observer told us, referring to Walker’s longtime association with the collapsed empire of Republican strategist Richard Quinn. “They see everyone as a threat – and they only know one way to respond to threats.”

Known around the S.C. State House as “Trey Boy,” Walker got his start manning rides at Carowinds, the amusement park located on the North Carolina-South Carolina border near Charlotte, N.C.

In addition to working in multiple different offices for McMaster over the years, he briefly worked in former governor Nikki Haley’s office back in 2011.  After that he was a lobbyist for the University of South Carolina – a connection which has been scrutinized following the selection scandal associated with the school’s new president, Robert Caslen.

With Trump in the White House (and enjoying monolithic GOP support in the Palmetto State), Walker … err, McMaster will be difficult to beat. Of course there is an irony there, too.

When McMaster belatedly endorsed Trump ahead of the “First in the South” presidential primary in 2016, Walker blasted him for the decision.

“No one in (S.C.) politics is more disappointed than me,” Walker tweeted of McMaster’s support for Trump.

Now he owes his power to Trump … and clearly has no compunction whatsoever when it comes to wielding it in an effort to keep potential rivals from gaining the upper hand.