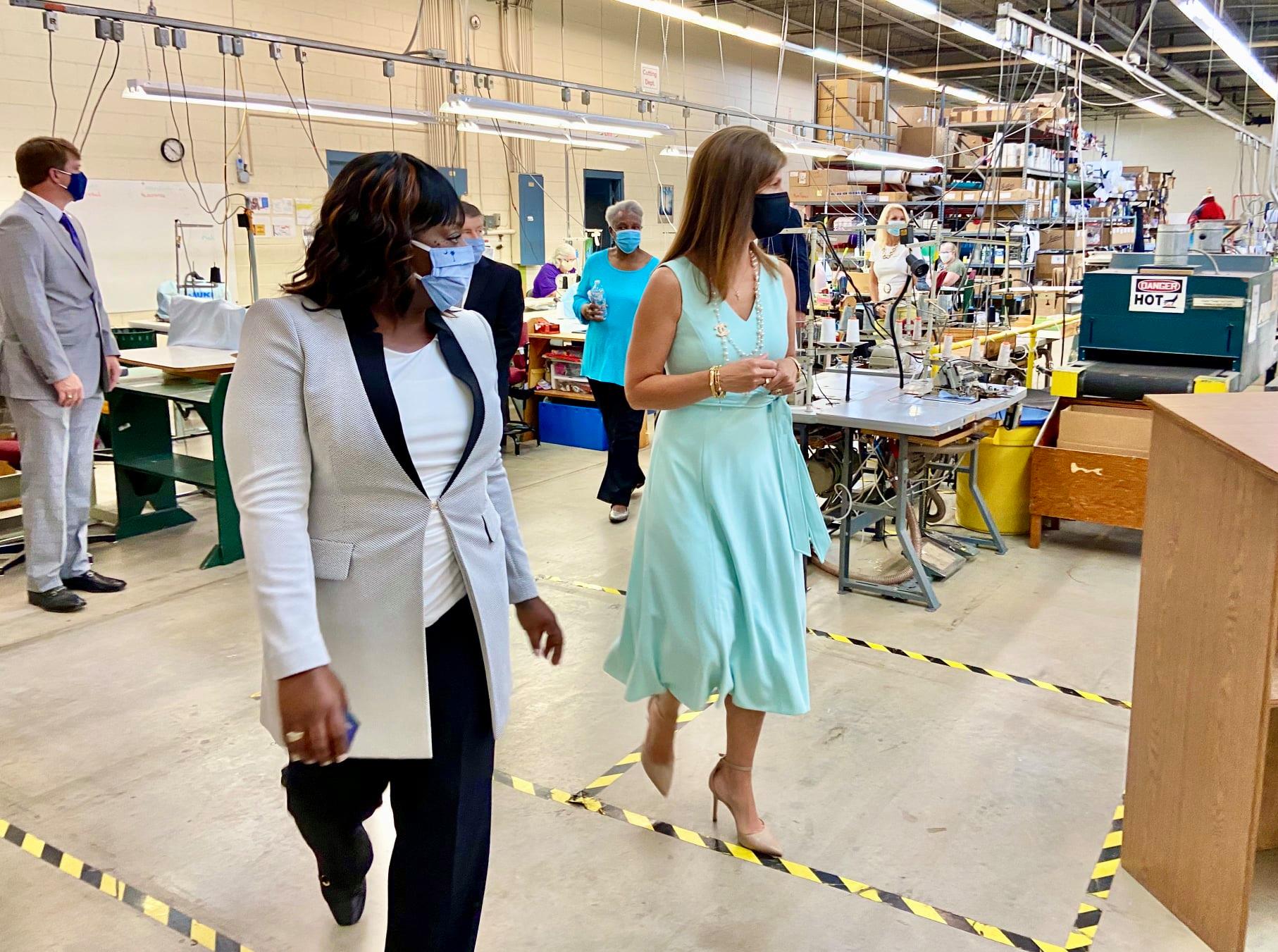 With South Carolina governor Henry McMaster on the ropes politically, his office is trotting out its lieutenant governor to tour several Upstate businesses this week. According to a Facebook post from the Laurens County Development Corporation, first-term lieutenant governor Pamela Evette is visiting these businesses “to discuss how companies have acted quickly to ensure the proper procedures during COVID-19 to keep their workforce working.”

And for the McMaster administration? It is about generating some desperately needed “pro-business” press for his flailing administration.

But what are we to make of the elevated profile for Evette – who has been kept on a leash (or in a box) for much of her tenure as “light gov?”

Is this “pro-business” tour a sign of improved relations between her and McMaster?

Or is it (more likely) a sign of desperation on McMaster’s part?

Or (and we are probably reading way too much into it at this point) … is it a sign McMaster is bowing to the reality that his 2022 reelection has become an extraordinarily dicey proposition?

Or that he may not even run again?


If McMaster does run, he will have his work cut out for him.

“Henry and Trey are going to be in a fight for their political lives starting next year,” one South Carolina political consultant told us – referring to McMaster and his “shadow governor,” Trey Walker.

The source added that an “overwhelming (number) of grassroots activists are turning on them, and the field you mentioned in your article yesterday is extremely formidable.”

That’s a reference to this report in which we detailed McMaster’s diminished political standing – and listed a few would-be governors who might be well-positioned to exploit it.

To this “field” we should probably add Ken Ard, a former South Carolina lieutenant governor who left office in 2012 amid a campaign finance scandal that frankly pales in comparison to more recent Palmetto political misdeeds. Ard has since reinvented himself as a wildly successful radio host in the Pee Dee region of the state – embracing a brand of homespun populism that we have always believed would resonate with Republican voters.

But it is Evette we are focusing on today …

The relationship between McMaster and his No. 2 is difficult to read. And always has been. The consensus is she was tapped (out of total political obscurity, incidentally) for her money – which she ostensibly delivered on behalf of the McMaster ticket.

We’re not exactly sure who funded all of McMaster’s 2018 reelection efforts, but we know a lot of money was routed a lot of different places.

Since being sworn in, though, there has been no shortage of tension between staffers for Evette (above) and McMaster.

The root issue? Questions over when the 52-year-old Ohio transplant would be allowed to launch a campaign to follow McMaster in office. Would it be 2022 (the deal this “power couple” reportedly reached during the 2018 campaign)? Or would the governor make her wait until 2026?

Tensions soon turned into friction, we are told … and before long Evette (who has no constitutional responsibilities beyond maintaining a heartbeat in the event the governor dies or is incapacitated) found herself on the outside looking in.

Essentially, Evette went from being a minister-without-portfolio to being occasional ornamentation.

At first this banishment was barely noticed (and was discussed only among a handful of insiders), but her near-total absence from the spotlight during the coronavirus crisis soon became conspicuous.

“Evette’s second-fiddle status has never been more pronounced than it is right now,” we wrote in mid-April, contrasting her relegation to the shadows with the high-profile role U.S. president Donald Trump gave vice president Mike Pence during the pandemic.

“Forget keeping a low profile, he has quarantined her,” one of our sources said, referring to McMaster’s treatment of Evette.

After we drew attention to the issue, Evette was gradually “unboxed” – but the friction reportedly remains.

So … what is current “relationship status?”

We don’t know … but Evette is clearly being allowed to spread her wings (her Upstate events were publicized by McMaster’s press office) at a moment when the governor is sucking wind politically.