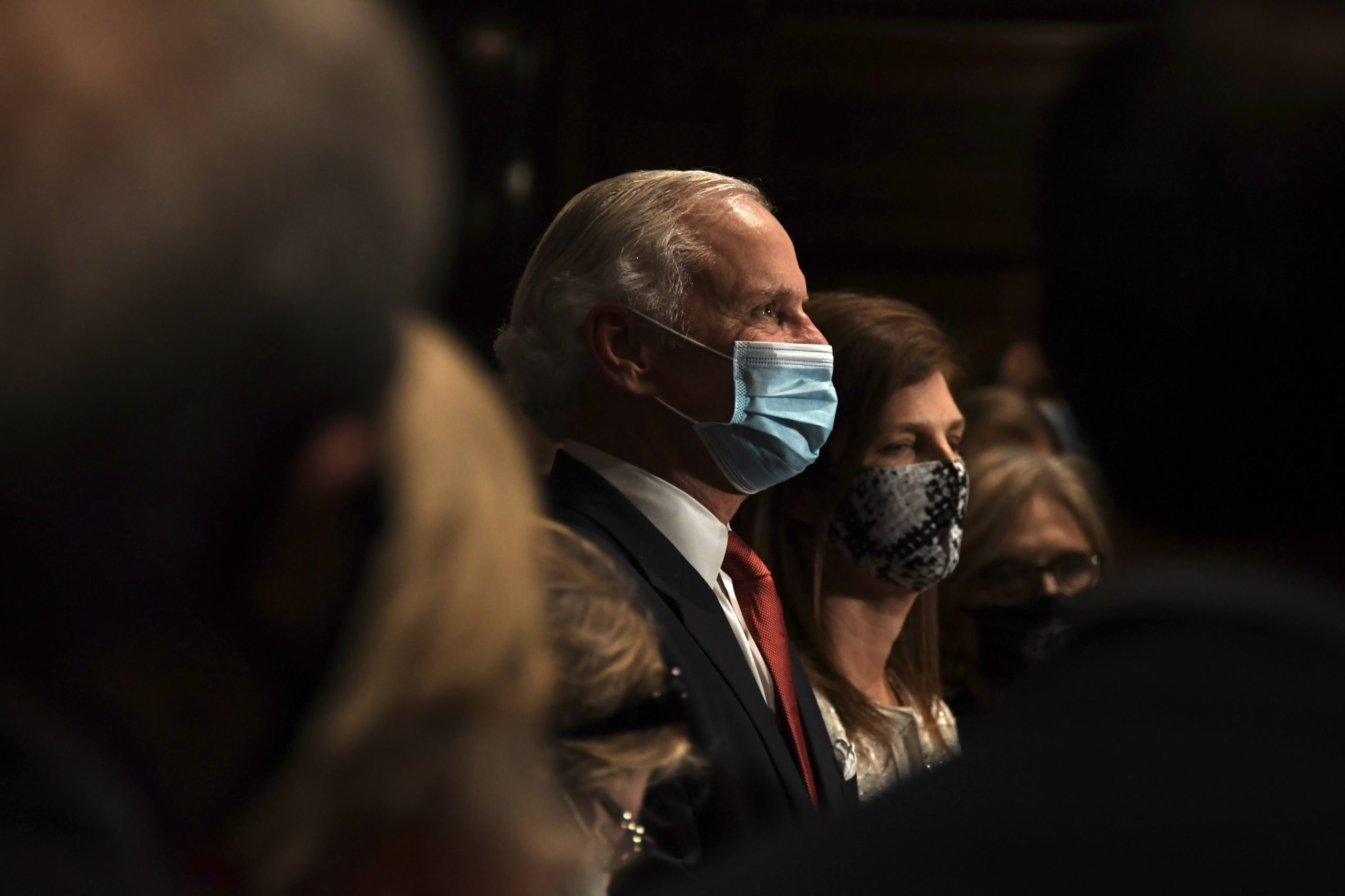 South Carolina governor Henry McMaster has had a tumultuous relationship with his “second-in-command” ever since he tapped her out of relative obscurity to be his running mate during the 2018 Republican gubernatorial primary.

Things between the two politicians have run hot … then cold.

Lately, however, the differences between McMaster and lieutenant governor Pamela Evette appear to have taken on an “irreconcilable” air – reaching a point where McMaster is seriously considering whether to jettison his “No. 2” from the ticket in 2022.

Meanwhile, Evette is said to be plotting her own exit from the McMaster administration … which obviously wouldn’t be the first time she has contemplated a declaration of independence from the status quo governor.

Either way, this political marriage appears to be very much on the rocks with less than a year to go before McMaster is scheduled to face Republican voters again …

The latest drama between the two statewide elected officials hit the headlines last month when McMaster reportedly fired Evette’s longtime confidant Sonja Milisic – who had been serving as a “special assistant” in the lieutenant governor’s office.

What happened? Good question … I am still trying to ascertain the true origins of this abrupt termination. So far, all my sources have been willing to say is that the firing of Evette’s trusted advisor was based on something “personal, not professional.”

Milisic and Evette are longtime friends and business associates. Sources familiar with their relationship have described the two as “inseparable.”

Whatever prompted McMaster to make such a personnel move, it has had dramatic repercussions on the relationship between these two “Republican” elected officials. McMaster and Evette are the first politicians in the history of the Palmetto State to be voted into office as a “ticket.” Prior to the last statewide election, South Carolina elected its governors and lieutenant governors independently – which means Evette is the first lieutenant governor ever elected alongside a governor.

That makes her status in the McMaster administration “an entirely new phenomenon in the Palmetto State.”

Evette has always eyed the top job for herself, sources say, and she began positioning herself as a 2022 candidate last fall when McMaster was at his political nadir.

Since then, McMaster has bounced back – with his pollsters now proclaiming his reelection as an inevitability.

Are they correct? I am not so sure …

Still, sources familiar with the governor’s thinking have said he believes he must improve upon Evette if he is to oust Upstate businessman John Warren in a rematch of the 2018 GOP primary. Warren, readers will recall, nearly vanquished McMaster three years ago – with the incumbent relying on a last-minute endorsement from U.S. president Donald Trump to carry him across the finish line.

“He knows he is not going to beat (Warren) with Pam,” one of Evette’s allies told me last week, acknowledging that “she’s probably not going to be on the ticket in 2022.”


For years, Evette has been kept on a tight leash (or in a box) by McMaster’s chief of staff Trey Walker (a.k.a. the “shadow governor“). However, the 53-year-old businesswoman enjoyed a brief reemergence last fall while McMaster was reeling from the Covid-19 crisis.

Apparently the governor did not like his No. 2 getting ahead of her skis, though … and was particularly upset when she began machinating with Upstate magazine publisher Karen Floyd about a prospective 2022 gubernatorial bid.

Despite all the drama, ditching Evette would seem to make little political sense for McMaster. From a geographical standpoint, the Ohio native has made an adopted home for herself in Travelers Rest, S.C. – smack dab in the middle of Warren’s base of support. Were McMaster to jettison her for a candidate not based in the Upstate, he would be effectively conceding the region to Warren.

Were he to jettison her for a male candidate, he could also lose some of the female vote …

Evette has enjoyed the benefit of a statewide platform for the last three years – building up both her name identification and her political network. Perhaps most importantly, though, she is rich … something McMaster reportedly leveraged to his benefit during the last contested GOP primary election against Warren.

And with Warren able to self-fund another primary challenge, McMaster is going to need every penny he can get his hands on …