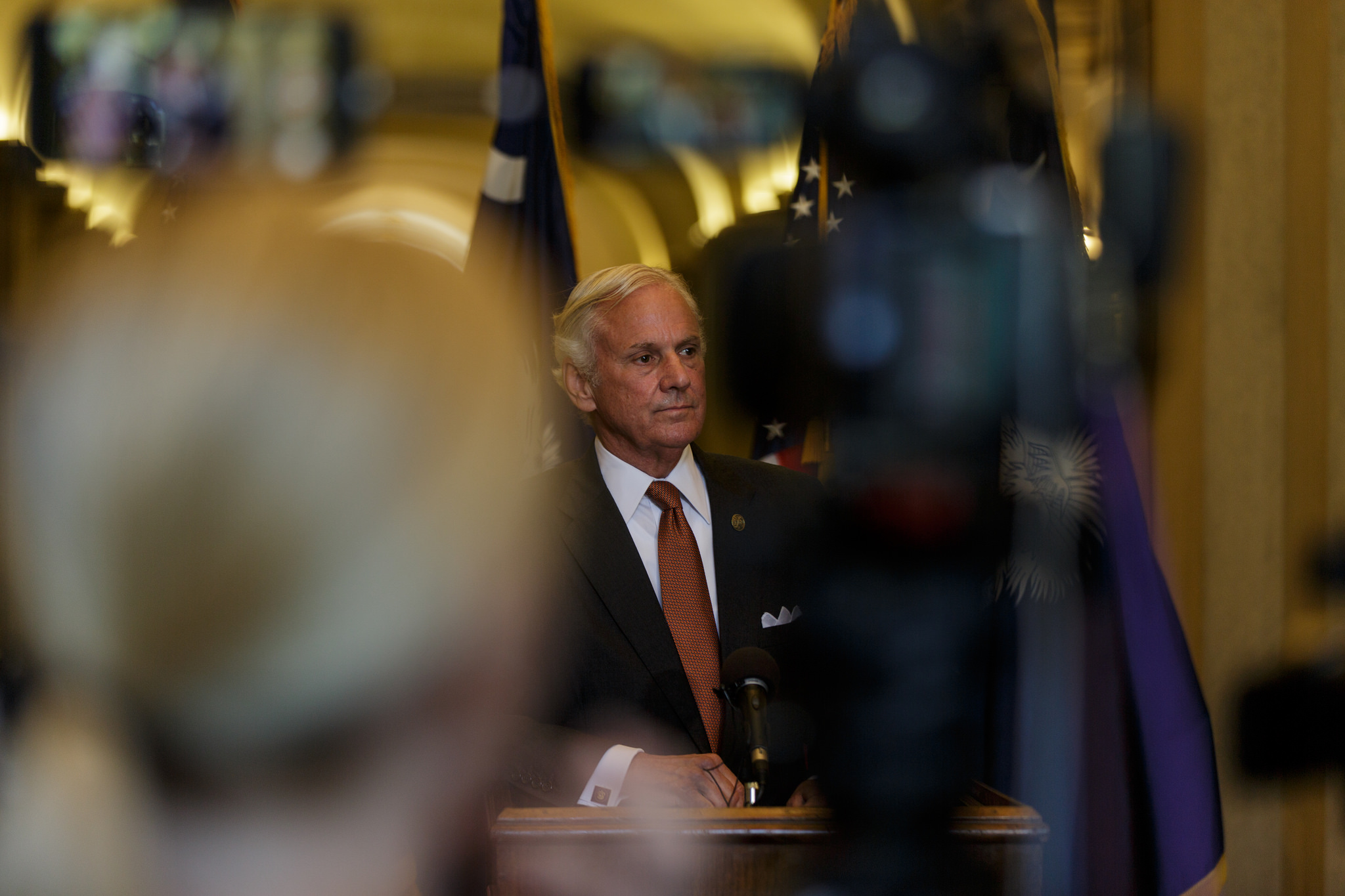 The fiscally liberal incumbent was also receiving support from a shadowy, Virginia-based “conservative” organization – one that previously supported liberal “Republican” Mitt Romney in 2012.

According to campaign finance records obtained by this news site, the Virginia group – which calls itself Citizens for a Working America – funneled $1.1 million into a pro-McMaster political action committee during the final weeks of the South Carolina “Republican” race.  This money was used by the pro-McMaster PAC to savage his top two rivals for the GOP gubernatorial nomination – Upstate businessman John Warren and Lowcountry labor attorney Catherine Templeton.

In late May, readers will recall we reported on one of the ads run by this group being temporarily yanked off of the air.  The ad – which targeted Templeton – was briefly pulled by Upstate television station WYFF TV 4 (NBC – Greenville/ Spartanburg, S.C.) after it determined “two of (its) (three) claims to be false.”

In its reporting on the false attack ad, WYFF noted that the ad “came from the same consultants used by Gov. Henry McMaster.”

Looks like there was a good reason for that …

We can now confirm that at least three vendors who were receiving payment from McMaster’s campaign also got checks from The Palmetto PAC during the 2018 primary election cycle.  That’s right … while they were being paid by McMaster, several of the incumbent’s top campaign operatives were also being paid thousands of dollars by an ostensibly “independent” committee.

And that committee, as it turned out, was nothing more than a shell for a shadowy, out-of-state PAC that has been the very definition of opacity during its eight years of operation.

According to campaign finance reports filed earlier this month with the Federal Election Commission (FEC), Citizens for a Working America sent $1.1 million to The Palmetto PAC in nine installments beginning on May 10 – a month before the “Republican” primary election.   The final payment was made on June 22, just four days before McMaster narrowly defeated Warren in the “Republican” runoff.

Here is a record of those receipts …

Also, because The Palmetto PAC registered as a federal entity it did not have to report any of its donations prior to the June primary election.  It was able to wait until the month after the election to disclose.

Citizens for a Working America wasn’t the only shadowy group throwing a bone to McMaster’s attack dogs.  In addition to the $1.1 million it provided, another $200,000 was funneled into the pro-McMaster PAC on June 15 by a group called Citizens for Responsible Energy Solutions.   Remember them?  They’re the ones who tried to push U.S. Senator Lindsey Graham’s presidential candidacy on “First in the South” primary voters (unsuccessfully).

So … who is “Citizens for a Working America?”

Founded on September 10, 2010 by “Republican” operative Norman Cummings – who has a long history of political activism in Ohio – the group came out of nowhere during that election cycle with hundreds of thousands of dollars of attack advertising targeting former U.S. congressman John Spratt.

“With literally no information about its finances, platform, funders or purpose, Citizens for a Working America still seems poised to have a major impact in at least one congressional contest,” Sam Stein noted for Huffington Post.

It did … Spratt was defeated by Mick Mulvaney, who went on to become U.S. president Donald Trump’s budget director.

After it backed Romney in 2012, the group was singled out by the Sunlight Foundation as “one of the clearest illustrations of how hard it is to track the shadowy organizations that have sprung up to influence elections in the wake of the Supreme Court’s landmark Citizens United decision.”

What was true then certainly appears to be true now …

To be clear: This news site has no issue with “dark money.”  We support Citizens United as the law of the land, just as we support the Palmetto State’s devil-may-care campaign finance laws when it comes to regulating independent expenditure groups.

At the end of the day, money is speech.  Also, independent expenditures are more often than not tearing down corrupt incumbents, not propping them up (as was the case with the shadowy group filling the coffers of McMaster’s PAC).

Either way, it’s up to the public to judge the veracity and relevance of the information they take in on political candidates.

Another Day, Another MSM Outlet Covering “The Probe”