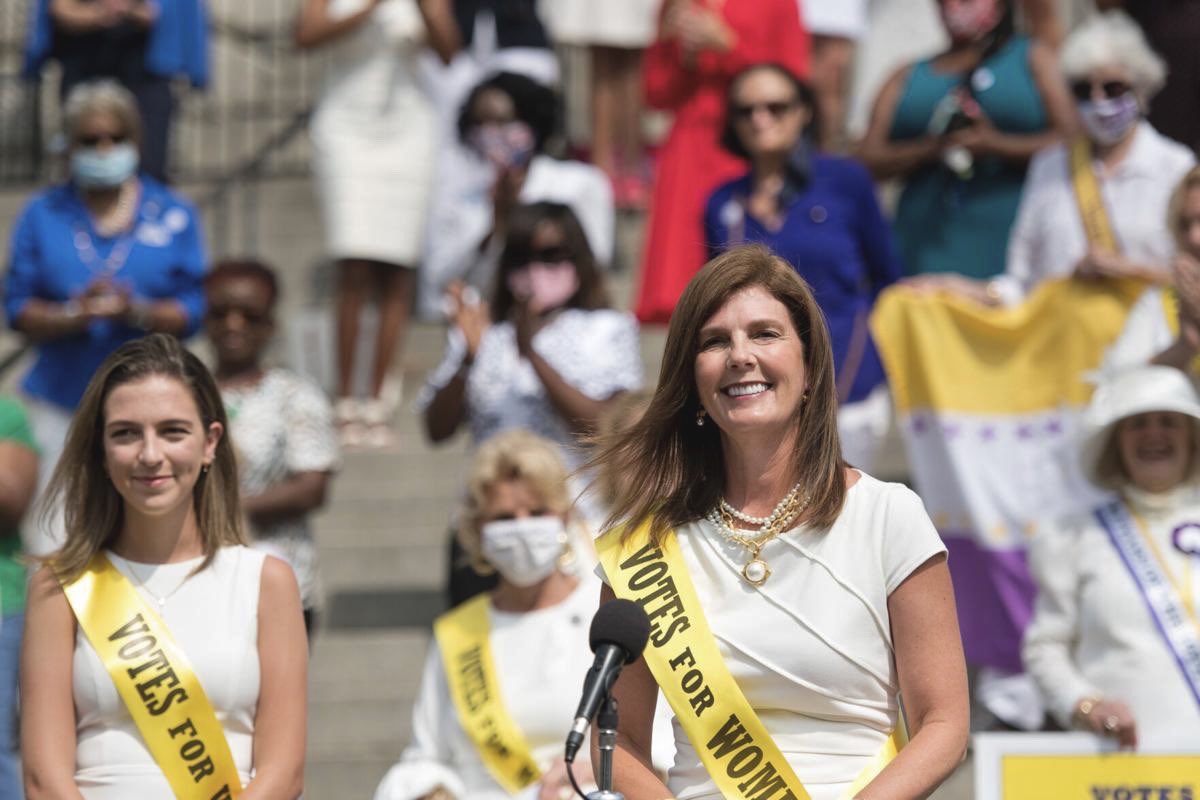 South Carolina lieutenant governor Pamela Evette is reportedly moving “full speed ahead” with her plans to run for governor of the Palmetto State in 2022 – whether her 2018 running mate, incumbent governor Henry McMaster, is a candidate or not.

In fact, we are told a plan is already in place for Evette to “separate herself from Henry” in the event he stays in the race, a source familiar with the situation told us.

The news is the latest demonstration of McMaster’s weakened political position – which was on full display during the 2020 election cycle.

It is also the latest phase in the reemergence of Evette – who has been kept on a leash (or in a box) by the governor’s chief of staff Trey Walker (a.k.a. the “shadow governor“) for most of McMaster’s first full term in office.

“Evette went from being a minister-without-portfolio to being occasional ornamentation,” we noted earlier this year, referring to the governor and his staff effectively quarantining her during the coronavirus crisis.

But when the governor alienated broad swaths of the electorate with his uneven response to Covid-19, Evette was unleashed.

“She’s in,” a source close to the Ohio-born politician told us, referring to the June 2022 Republican gubernatorial primary election.

She is not the only one who is “in,” though. We expect this race will draw a host of contenders – whether McMaster seeks another term or not.

Another source confirmed Evette was indeed planning on seeking the governorship in 2022 even if it meant “going against” McMaster – who plucked her from obscurity in 2018 in the first statewide race that featured governors and their lieutenants running on the same ticket.

McMaster narrowly won his own party’s nomination that year – edging out Upstate businessman John Warren in a Republican runoff election thanks to a last-minute assist from U.S. president Donald Trump.

Warren is the top potential rival to McMaster in 2022. In fact, after the prominent role he played on the 2020 campaign trail (in contrast to the vanishing act of the incumbent) many believe the Greenville businessman is the frontrunner for the GOP nod this go-round.

That means Evette has her work cut out for her …


According to our sources, Evette is working on her presumptive gubernatorial bid with former S.C. Republican party chairwoman Karen Floyd – who is already aggressively cultivating support for her among GOP activists and donors in the Palmetto Upstate.

Stay tuned for a more detailed report on those efforts soon …

Evette’s latest moves will no doubt stoke speculation about whether McMaster will in fact seek a second full, four-year term (as of this writing, he says he is). But they would appear to settle the speculation regarding her future plans.

Evette, 53, has always had an unusual relationship with the 73-year-old McMaster – who derived very little political value from her selection as his running mate way back in November of 2017.

Why did he choose her?

“The consensus is she was tapped for her money – which she ostensibly delivered on behalf of the McMaster ticket,” we noted in a column back in August.

We’re not exactly sure who funded all of McMaster’s 2018 reelection efforts, but we know a lot of money was routed a lot of different places.

And we know without it (and without Trump’s backing), McMaster was toast.

In addition to Warren, any number of prospective Republican contenders could emerge in 2022.

S.C. attorney general Alan Wilson is mentioned often as a potential candidate, as is state superintendent of education Molly Spearman. And increasingly, we are hearing chatter about S.C. Senate majority leader Shane Massey – who made our pages this week when he criticized McMaster’s ongoing ineffectualness.

Meanwhile, former gubernatorial candidate Catherine Templeton is also mentioned often amongst those in the know, although the latest speculation is that she might run with Warren on a ticket after the two famously canceled each other out in 2018 against McMaster.

Bottom line? It’s a fluid “pre-field,” which is probably why Evette is getting a jump on making her intentions known to the activists and donors whose early support could help separate contenders from pretenders.