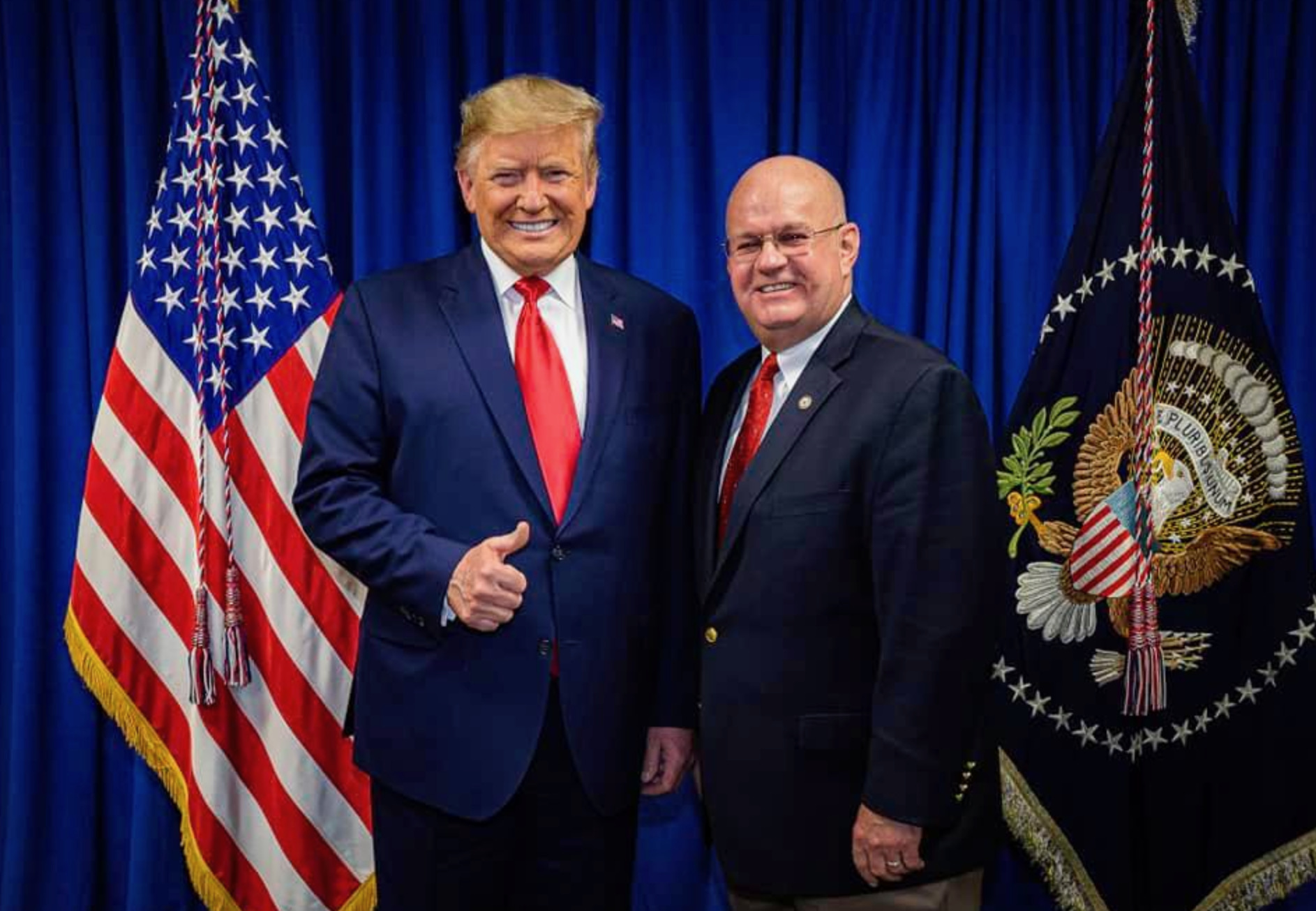 Eleven days ago my news outlet reported on the plight of Pressley Stutts – leader of the Greenville Tea Party and a recently elected South Carolina Republican Party (SCGOP) executive committeeman. Stutts was hospitalized late last month with Covid-19 and attendant illnesses and has been battling them ever since.

According to my sources, Stutts has taken a turn for the worse over the last few days – news which took many of his supporters by surprise after he posted a photograph to his Facebook page on Monday touting his progress and noting that he was “cautiously optimistic.”

As I noted in my original coverage, neither Stutts nor his wife – who also contracted Covid-19 but has since been released from the hospital – have been vaccinated against the virus.

One of the most capable and prominent organizers of the right wing of the SCGOP, Stutts was a key supporter of famed First Amendment attorney (turned conspiracy theorist) Lin Wood – who unsuccessfully challenged incumbent SCGOP chairman Drew McKissick for his leadership post back in May.

In fact, back in April Stutts and his Greenville county allies helped Wood win an overwhelming majority of that county’s delegates to the SCGOP convention. Greenville county, readers will recall, has been ground zero in the ongoing battle for the heart and soul of the state party – which plays a pivotal role in the quadrennial “First in the South” presidential primary election.

Well, when it actually follows the law and holds the election – which doesn’t always happen.

So … what does Wood think of the dire straits in which his top backer now finds himself?

According to a post on his Telegram page, Wood blasted Stutts’ attending physicians and medical staff – accusing them of not abiding by the wishes of his family and legal counsel.

“The hospital and attending physicians have refused so far to change the treatment protocol from the CDC/ NIH protocol despite demands from Pressley’s family and lawyers,” Wood wrote. “Pressley has developed deep vein thrombosis and and is in renal failure while still on the ventilator.”

Nonetheless, according to Wood the hospital’s treatment of Stutts has been “criminal.”

“How many people have to suffer and die before We The People demand proper medical care and treatment and the recognition of patients’ rights?” he wrote.

Not all of Stutts’ allies were consuming Wood’s Kool-Aid.

“He knew the risk,” one of Stutts’ friends told me on Sunday evening. “He put on Facebook he agreed he needed to go (on) the ventilator. He told me if he didn’t he would have a heart attack. This is truly heartbreaking.”

And as for Wood?

As I noted in my original treatment of Stutts’ situation, I concur with his assessment – which he reiterated upon entering the hospital – that government should never mandate Covid-19 vaccinations.

“If after all of your prayerful and informed research, you need to get a shot, by all means, feel free to do so, but NEVER demand that others be required to do so,” Stutts wrote in announcing his admittance to the hospital.

Still, having had Covid-19 twice – and having gotten both of my shots since then – I have encouraged my readers to get their jabs.

“All the scientific evidence I have seen thus far attests to the safety and effectiveness of the vaccines – which is why I got both of my shots,” I noted in a post just yesterday.

Whatever you think of the vaccination debate, though, situations like this call for compassion – something many in our current discourse appear incapable of showing when it involves individuals whose ideologies do not conform to their own.

Which is one of the true tragedies of Covid-19 …

“When people are dealing with illnesses, personal tragedies or other hardships, all of us should check our views at the door and offer up our prayers and best wishes for better days,” I wrote last week. “We should also offer our help.”