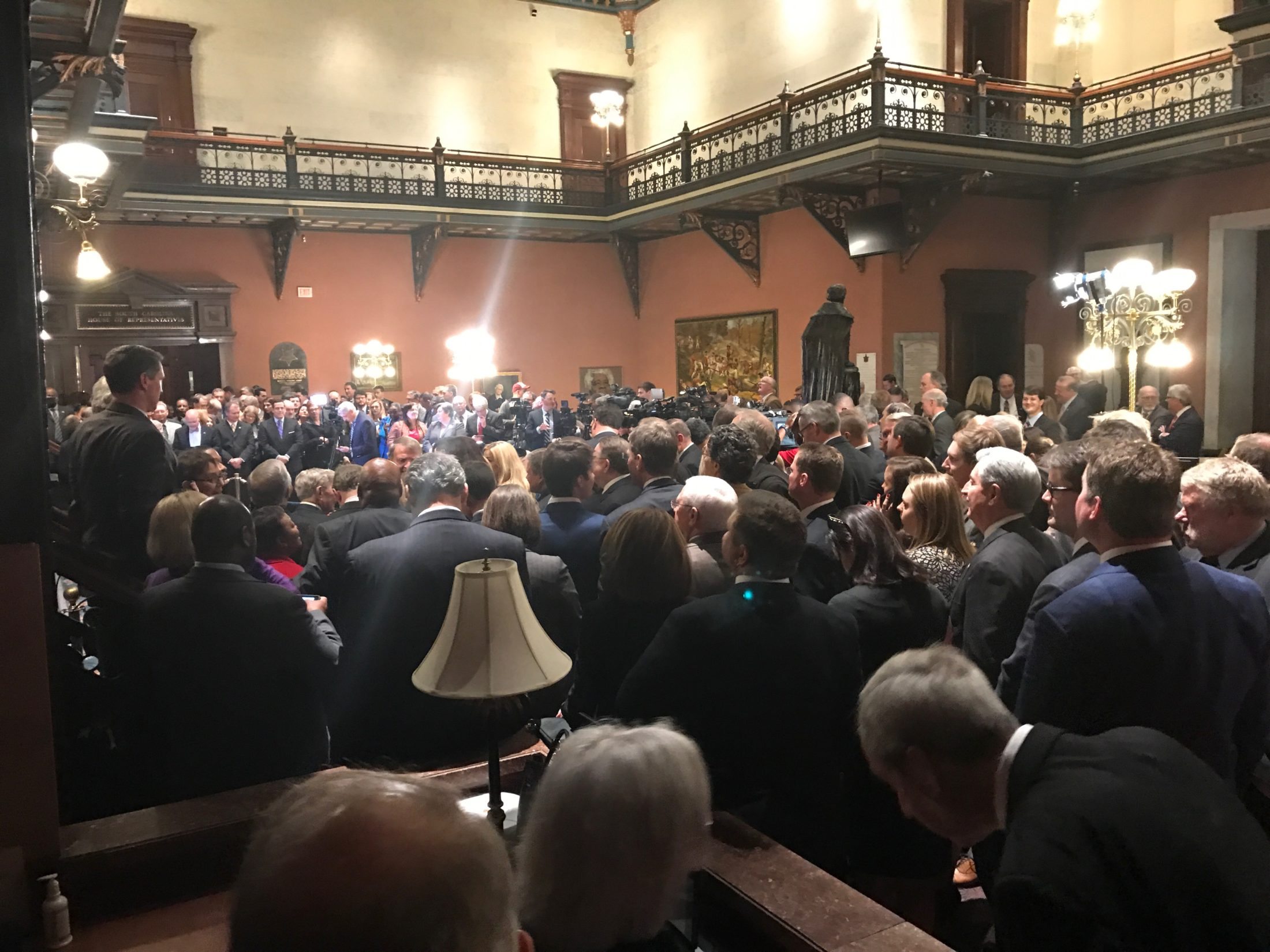 S.C. governor Henry McMaster‘s ten-year reign has begun … or at least that’s what he envisions for his future (and the future of his state).

The thick-drawled, guffawing, glad-handing caricature of the Old South became South Carolina’s 117th governor on Tuesday – an office gift-wrapped for him by U.S. president Donald Trump.

McMaster – known in Palmetto political circles as “Foghorn Governor” – was sworn in at a ceremony in the S.C. State House moments after his predecessor, U.N. ambassador Nikki Haley, was confirmed to her new post by the U.S. Senate.

“Great prosperity, success and happiness will be ours,” McMaster said upon taking his oath.

Haley resigned her office just prior to McMaster’s swearing-in (just as we predicted it would happen earlier this week).

Trump appointed Haley as his U.N. ambassador back in November as a sop to McMaster – who endorsed his presidential candidacy prior to the Palmetto State’s pivotal “First in the South” primary.

Did McMaster’s endorsement help Trump in South Carolina?  That’s debatable.  But it has sure as hell helped McMaster (below). 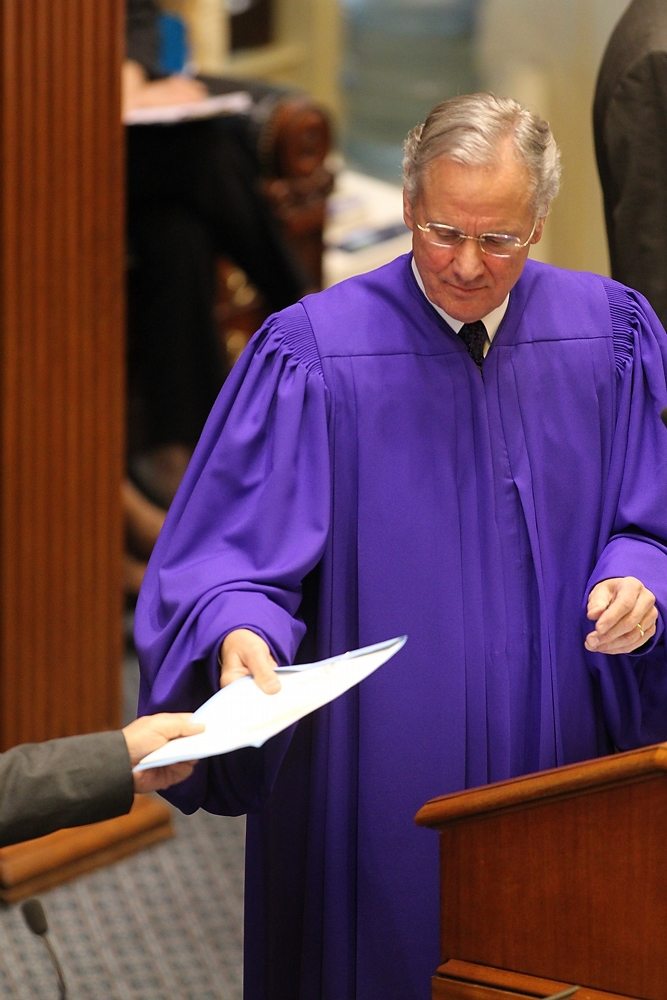 The 69-year-old Columbia, S.C. native has long-coveted the office he now holds – the office which eluded him in 2010 when Haley stormed to an upset victory.  McMaster had already planned on running for governor in 2018.  Now he will campaign as an incumbent – perhaps even as an unchallenged incumbent.

This website has been very critical of McMaster in the past – and we have serious reservations as to his gravitas and his ideological moorings (to the extent he has any).  There are also some concerns as to his physical health – and more importantly his potential proximity to an ongoing anti-corruption investigation at the S.C. State House.

“We’re not expecting much from McMaster in the way of results-driven reform … but we’re going to keep an open mind as to his incoming administration,” we wrote back in November.

McMaster will have plenty on his plate as he takes office.  First, he will have to deal with a contentious debate over the state’s gasoline tax – which Republican leaders are trying to raise for the third consecutive year.  His position on that issue will be a critical early marker in his administration.

Meanwhile, a majorpower struggle is brewing behind the scenes in the S.C. Senate – where influential leader Hugh Leatherman will have to resign the presidency of his chamber in order to avoid “ascending” to replace McMaster as lieutenant governor.

As it stands now, S.C. Senator Kevin Bryant of Anderson, S.C. is likely to fill in for Leatherman just long enough to inherit this part-time, largely ceremonial office.

Then Senators will vote to either restore Leatherman as Senate president or elect a new leader.

Sources tell FITSNews that Leatherman will be challenged by S.C. Senator Harvey Peeler for the presidency of the Senate when he seeks to reclaim it – and that the vote between the two veteran lawmakers is currently too close to call.