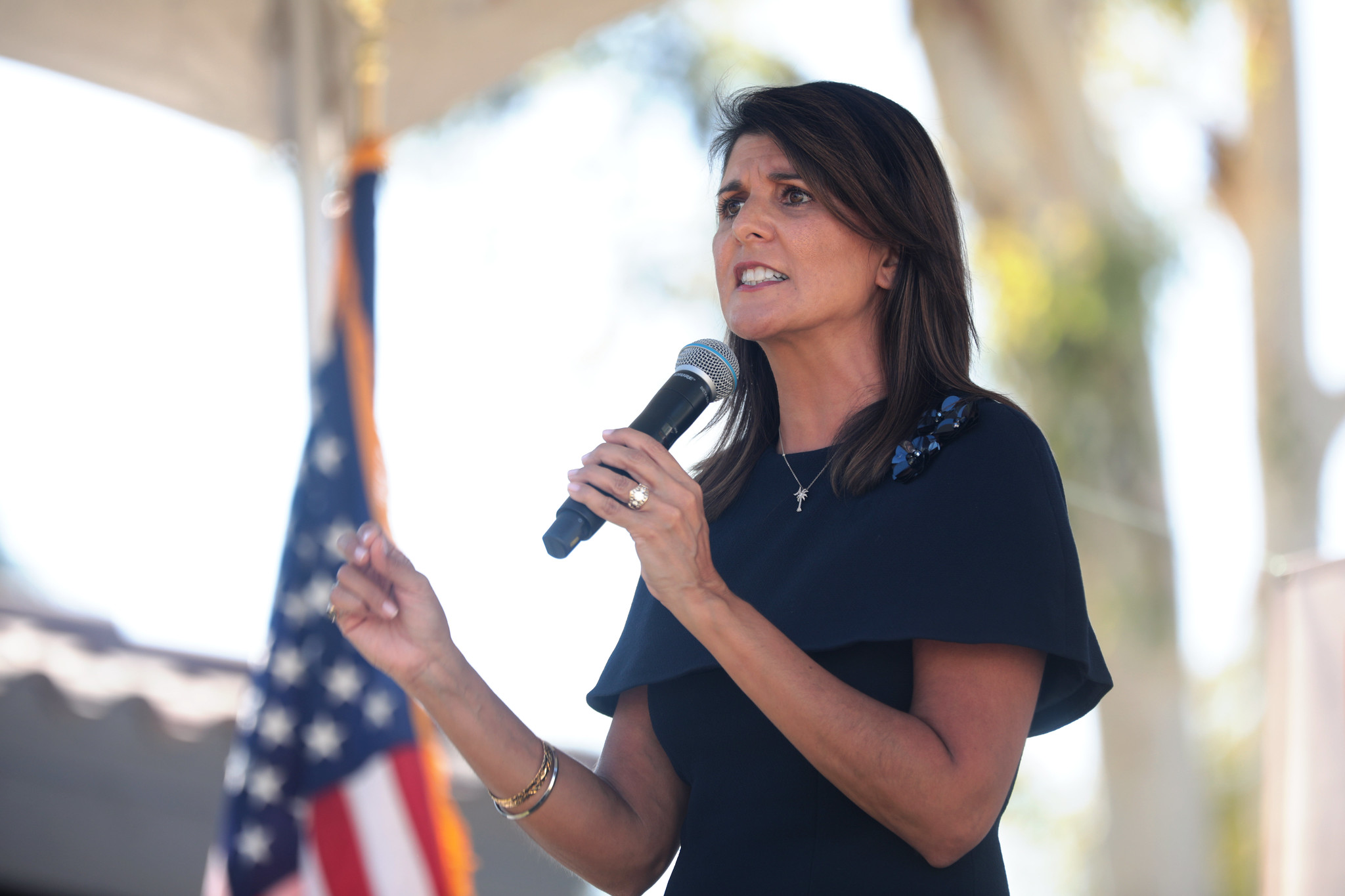 A friend of mine recently shared his thoughts on the political ascendency – or erstwhile ascendency – of former United Nations ambassador/ South Carolina governor Nikki Haley. According to him, Haley’s national ambitions are on the wane because she has lost the aura of “inevitability.”

In other words, those who believed she was a lock to win the White House one day (a list that included me, incidentally) no longer feel that way …

“I used to think she was inevitable,” he said. “I don’t think that anymore.”

I concur with that assessment …

What happened, though? What has transformed a sure-fire top-tier presidential contender – arguably one of the favorites to win the 2024 GOP nomination – into a cautionary tale? Why has Haley’s rising star imploded in a flailing mess of failed gambits and foiled “strategery?” How did the best hope of the “Republican” establishment – a minority, female candidate backed to the hilt by wealthy neoconservative and Jewish interests – manage to run her promising presidential campaign into the ground before the race even began?

Those of us in South Carolina were obviously well aware of Haley’s chronic hypocrisy and aversion to the truth … but the 49-year-old Bamberg, S.C. native was a blank slate on the national stage. She had a compelling (albeit edited) personal narrative to go with her identitypolitik as well as the potential to achieve full-spectrum GOP backing on the issues.

Why, then, are her national aspirations currently doing their best impression of the airship Hindenburg?

The answer is obviously Donald Trump.


The root of Haley’s political troubles lie within the Trump movement – which she calculated would abandon its leader in the aftermath of the bloody riot on the U.S. capitol on January 6, 2021. That clearly did not happen. And while Haley got the memo and quickly changed her tune regarding Trump – old quotes came back to bite her. Then, when Haley sought an audience with the former president in the hopes of explaining those old quotes, she was rebuffed.

Throughout this Trump two-step, a root perception began to take hold … namely that Haley would say or do anything to in order score political points. Basically, people started to realize there was no “organizing principle” to her politics – no primum mobile other than her own advancement.

Oh, and this perception was one already embraced by those who follow presidential politics closely … on the left, middle and right.

Haley’s latest gambit? A purported show of loyalty to Trump …

Specifically, Haley – who earlier this year said the GOP “shouldn’t have followed” and “shouldn’t have listened” to the 45th president – is now claiming she would support him were he to seek her party’s nomination in 2024.

“I would not run if President Trump ran, and I would talk to him about it,” Haley told reporter Meg Kinnard of The Associated Press this week. “That’s something that we’ll have a conversation about at some point, if that decision is something that has to be made.”

Considering Trump enjoys overwhelming support among the GOP electorate – especially in Haley’s home state – it is unclear exactly what Haley is sacrificing by pledging her allegiance to a MAGA 2024 candidacy.

Has she written off a 2024 presidential bid altogether? Is this perhaps the beginning of another veepstakes dance with ‘the Donald?’ Maybe with 2028 in mind?

Whatever the underlying impetus, reviews of Haley’s latest Trump contortions were not good … no matter where you looked on America’s ideological spectrum.

Left-leaning political scientist Larry Sabato noted that Haley’s about-face on Trump was “one new example of why today’s GOP is hopeless and pitiful.”

“Nikki Haley continues her amazing streak of underwhelming us all to the highest degree,” comedian Jesse Lifson tweeted.

Conservative voices – including veterans of Trump’s two presidential campaigns – concurred with these assessments.

“Only corporate media and a few establishment GOP donors believe Nikki Haley has any chance of ever winning a Republican primary for president,” tweeted former Trump campaign advisor Steve Cortes.

Libertarian-leaning GOP strategist Liz Mair offered up arguably the most incisive critique, though.

“Not really sure what the point of Nikki Haley is,” Mair tweeted.


In an editorial published in the aftermath of a previous Haley flip-flop, this news outlet predicted precisely the sort of Trump-related vacillation we saw on display again this week.

“We suspect this is not the last time her weather vane will creak in this direction as she comes to grips with the fact that GOP primary voters are remaining surprisingly loyal to Trump despite the disastrous end to his administration,” the editorial noted.

To which I would add this: Expect to see more of such self-serving servility in the event Haley is able to parley Trump’s ongoing disdain for his former vice president, Mike Pence, into a possible 2024 veepstakes opening for herself. Which would actually make sense for both politicians considering Trump would have likely benefited from dumping Pence in favor of Haley during the previous election cycle.

Whatever she is up to, though, I don’t ever count Nikki Haley out … although as I have noted previously, she desperately needs to apply her brazenly transparent political machinations toward a north star that is something other than herself and her own ambition.

And whatever that north star winds up being, she needs to locate it sooner rather than later …