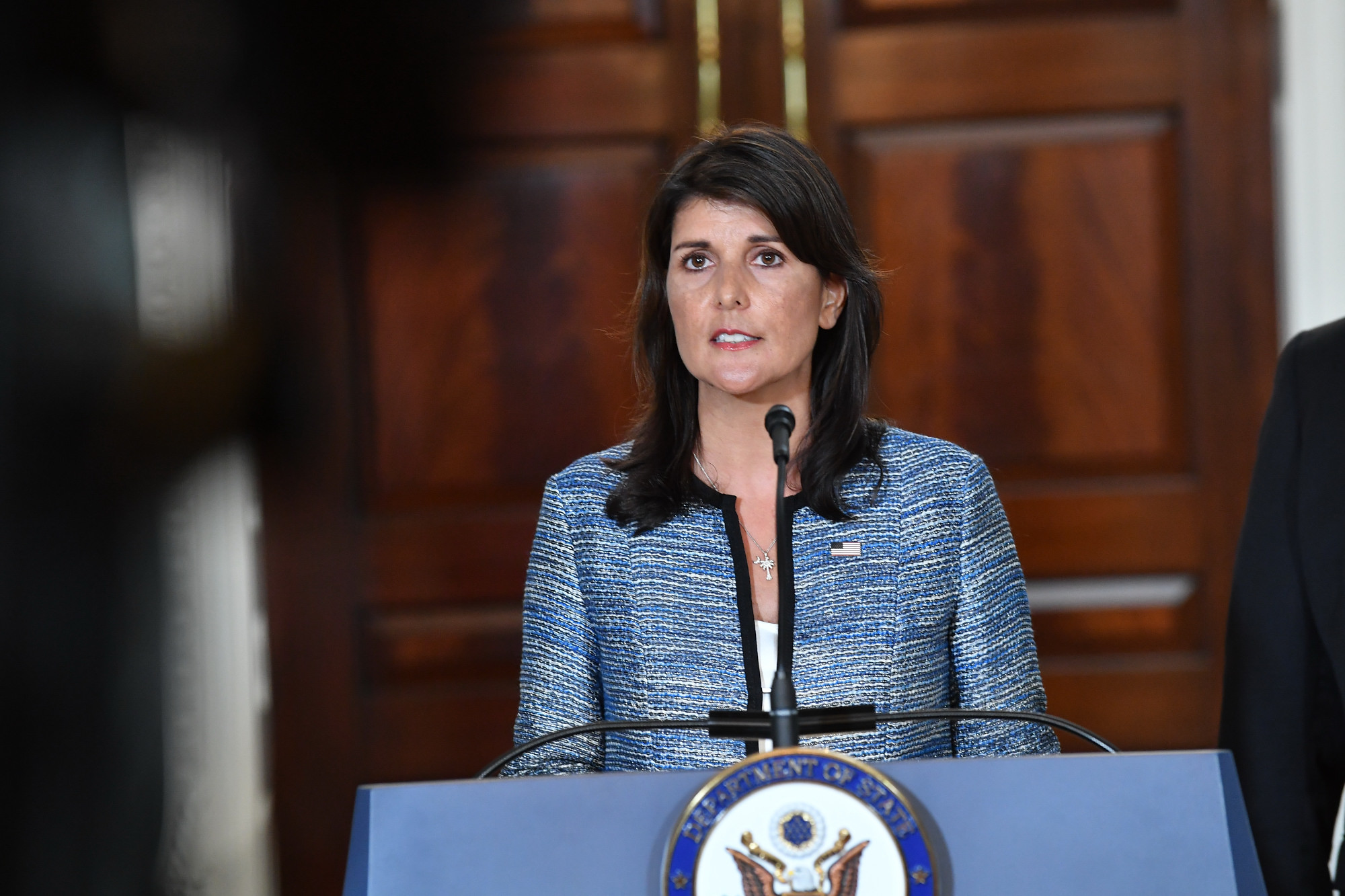 Former United Nations ambassador Nikki Haley – who began her star turn on the national stage five years ago as a devout #NeverTrumper – has been trying to walk a tightrope regarding Donald Trump for the past few years as she plots her political ascendency.

How has she done? Not very well …

Haley’s efforts to play all sides against the center have been universally panned … by “centrist” Beltway insiders as well as by the Trump-loving right wing of the GOP.

No one is buying what she is selling, in other words … well, no one except the nation’s warmongering neoconservatives and the deep-pocketed pro-Israeli lobby.

How harsh are the reviews? Downright brutal …

“Nikki Haley is a social-climbing political opportunist whose most deeply held political belief is Nikki Haley,” Christopher Bedford of The Federalist wrote recently.


Meanwhile, mainstream media “opinion leaders” have taken a similarly dim view of Haley from the other end of the ideological spectrum – accusing her of mindlessly pandering to Trump voters.

“She is reduced to hollering about socialism,” columnist Jennifer Rubin of The Washington Post wrote in a column about Haley last month. “Perhaps with an eye on 2024, she figures nonsensical accusations are the way to gain favor in her intellectually vacant party.”

For example, in the immediate aftermath of the attack on the U.S. capitol by a mob of mostly Trump supporters earlier this month, Haley condemned the 45th president – saying his actions in advance of the riot “will be judged harshly by history.”

This week, however, Haley is changing her tune …

In an interview on Fox News with Laura Ingraham – who pressed her on the subject – Haley amended her position. Now, according to the 49-year-old politician, Trump’s post-election actions were merely “not his finest” and “not great.”

Haley also came out emphatically against Democrats’ recent impeachment of Trump for his alleged role in the capitol riots – accusing the party of using the proceedings to further divide the country.

“I don’t even think there is a basis for impeachment,” she told Ingraham. “The idea that they’re even bringing this up – I mean, they didn’t even have a hearing in the House.”

Haley went on to portray Trump as the victim in the ongoing drama – which could conceivably end with him being deprived of the right to run for president in 2024.

“They beat him up before he got into office, they’re beating him up after he leaves office,” Haley added. “At some point, I mean, give the man a break – I mean, move on.”

Make no mistake: This news outlet emphatically concurs with Haley’s assessment that Trump did not commit an impeachable offense based on the speech he gave at his rally on January 6. As we have previously pointed out, “there is a specific federal standard for speech which incites a riot, and in his public comments we do not believe Trump even approached – let alone crossed – this line.”

Certainly we support credible investigations into any claims to the contrary – but we have seen nothing to suggest Trump’s snap impeachment was warranted.

Furthermore, we believe the assault on protected political speech that has followed from this deadly riot is every bit as contemptible (and dangerous) as the violence itself. Same goes for the mass demonization of Americans based on their ideology.

We would have liked to see Haley focus on these angles as opposed to making insider gripes about the Democrats’ impeachment process – which, incidentally, benefited from at least a smattering of GOP support.