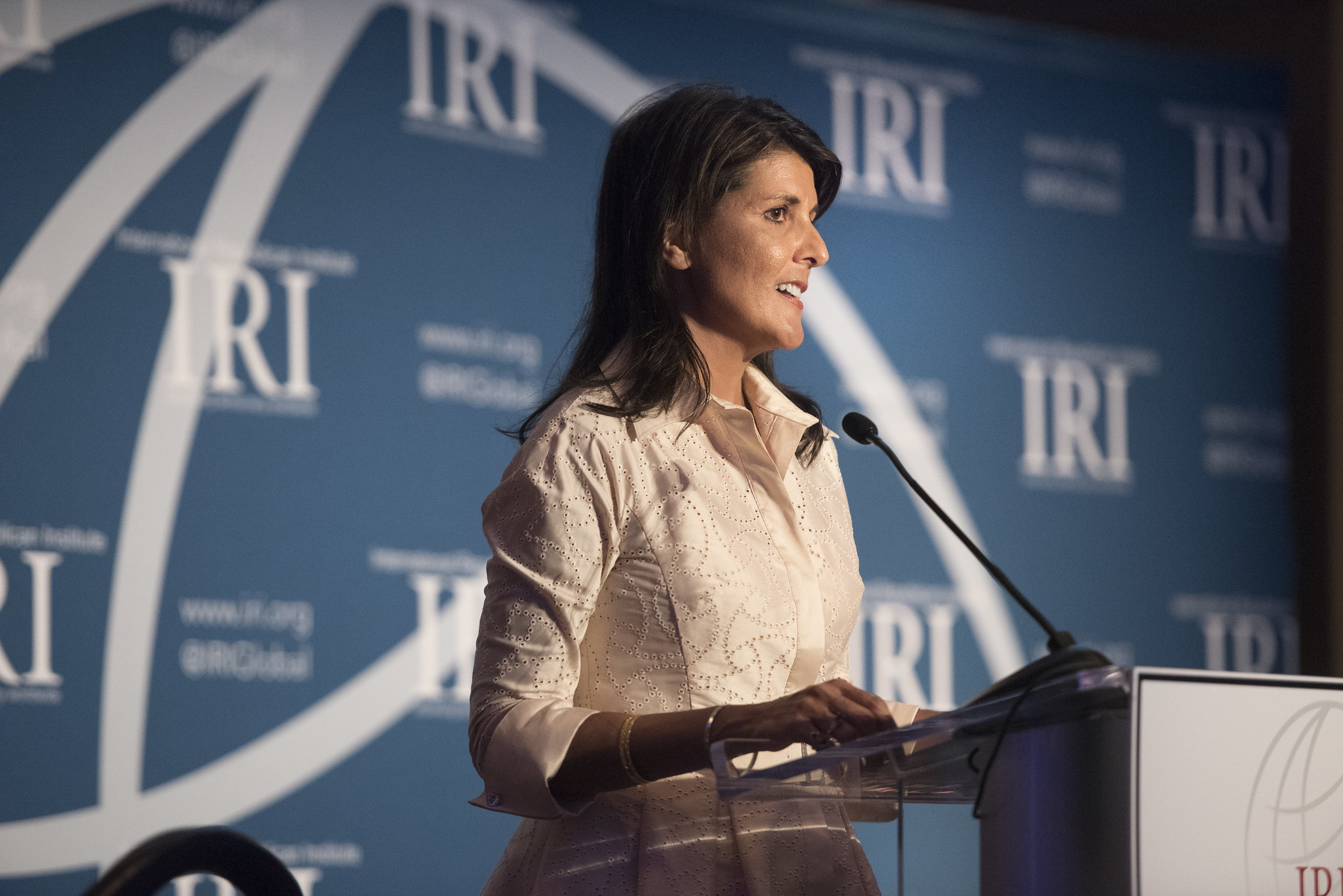 The big news in the ongoing impeachment drama in Washington, D.C. (to the extent people are paying attention) involves claims made against U.S. president Donald Trump by ousted national security advisor, John Bolton.

Bolton was fired by Trump last September and is currently writing a book about his experiences in the White House.

In that forthcoming volume, Bolton claims that Trump told him to freeze nearly $400 million in military assistance to Ukraine until its leaders resumed investigations into former U.S. vice president Joe Biden and his son, Hunter Biden. At least that is according to a report published Sunday in The New York Times by reporters Maggie Haberman and Michael S. Schmidt.

Trump has previously denied linking the aid to the investigation of the Bidens.

The Bolton revelation comes as the U.S. Senate is debating whether to call witnesses as it tries Trump on two articles of impeachment which passed the Democratic-controlled House last month.

Obviously, Bolton is among the top witnesses Democrats want to call – believing his testimony would undercut Trump’s claim that the military aid was not linked to the investigation of the Bidens (and in fairness to the president, ultimately it was not).

Trump hotly disputed Bolton’s allegation, saying he “released the military aid to Ukraine without any conditions or investigations – and far ahead of schedule.”

“I NEVER told John Bolton that the aid to Ukraine was tied to investigations into Democrats, including the Bidens,” Trump tweeted (emphasis original). “In fact, he never complained about this at the time of his very public termination. If John Bolton said this, it was only to sell a book.”

This news outlet’s views on the “Ukrainian meddling” scandal are essentially unchanged from when we first addressed it months ago … but the purpose of this column is not to rehash those views, or to debate the impact of the “Bolton bombshell” on the current impeachment saga.

The purpose of this column is to dive into the curious position in which former U.S. ambassador to the United Nations (UN) Nikki Haley now finds herself following the Bolton claims.

Haley has yet to weigh in on the issue, which is not surprising.

After all, it puts her in an incredibly precarious political position … one in which she must choose between warmongering neoconservatives who want Trump out of office at all costs (Bolton’s backers) and GOP base voters who have gone “all in” for Trump during the impeachment battle.

Can she serve both masters?

“With John Bolton now in full cross-hairs, and even old comments by President Bush the younger laying out how bad he is, where is Madame Haley?” one Washington, D.C. operative wondered. “Has she been asked what she thinks about Bolton? Does she agree with presidents Bush and Trump that the guy is a lightweight warmonger who lies with every breath?”

This claim was the justification for the U.S.-led invasion of Iraq in 2003.

“Let me just say from the outset that I don’t consider Bolton credible,” Bush told reporters after the fact.

We concur … which is why we were surprised (and disappointed) Trump hired him. Unlike Bolton and Haley, this news outlet has a long history of opposing mindless American imperialism and costly overseas entanglements. Barring indisputable evidence of a clear and present danger to our national security or some other compelling core national interest abroad, we believe our nation should follow a policy of non-interventionism.

Worth remembering? Haley’s adherence to neoconservative fiction resulted in her being put on a short leash during her tenure as Trump’s ambassador to the UN – one of several spats she had with the administration.

With Bolton now turning on his former boss, Haley could soon find herself in “no woman’s land.”

“Does she bash Bolton and hurt herself with her funder/ neo-conservative warmonger crowd?” our D.C. source mused. “Or does she support Bolton and further hurt herself inside Trump world?”

Haley made a calculated play to win over Trump supporters with the launch of her own book last fall, but the move cost her some Beltway backers – and mainstream media supporters. Her erstwhile cheerleader Kathleen Parker of The Washington Post writers group blasted the former ambassador as “a cartoonish fussbudget” who “bought her own myth and sold it cheap.”

More analytically, reporter Meg Kinnard of The Associated Press pointed out that Haley “could struggle to win back GOP traditionalists who aren’t fans of the polarizing president.”

Against this backdrop, Haley must choose again … does she support Bolton? Or does she stand with Trump?

And to be clear, this cannot be a “wink and nod” situation. Remember, Haley’s most recent embrace of Trump came just weeks after she was caught meeting privately with one of his disgruntled former staffers, ex-White House communications director and newly minted #NeverTrumper, Anthony Scaramucci.

And it comes as top Trump political advisors (including 2016 campaign manager Kellyanne Conway) have made clear just how keenly aware they are of Haley’s opportunistic political machinations.

In other words, Haley cannot continue to play both sides against the middle on this issue … especially not with the skeletons lurking in her closet.

So … which side will she choose?

We have long believed Haley’s slavish “obeisance” to the Washington, D.C. warmongers is one of the only things holding her back from reaching her full potential on the national stage. As our founding editor Will Folks recently told a national reporter, he believes a pivot to the non-interventionist position would greatly enhance Haley’s national prospects – especially in light of damning recent revelations regarding the conduct of the ongoing war in Afghanistan.

Will Haley recognize – and seize – the opportunity presented to her by Bolton’s high-profile allegations Trump?