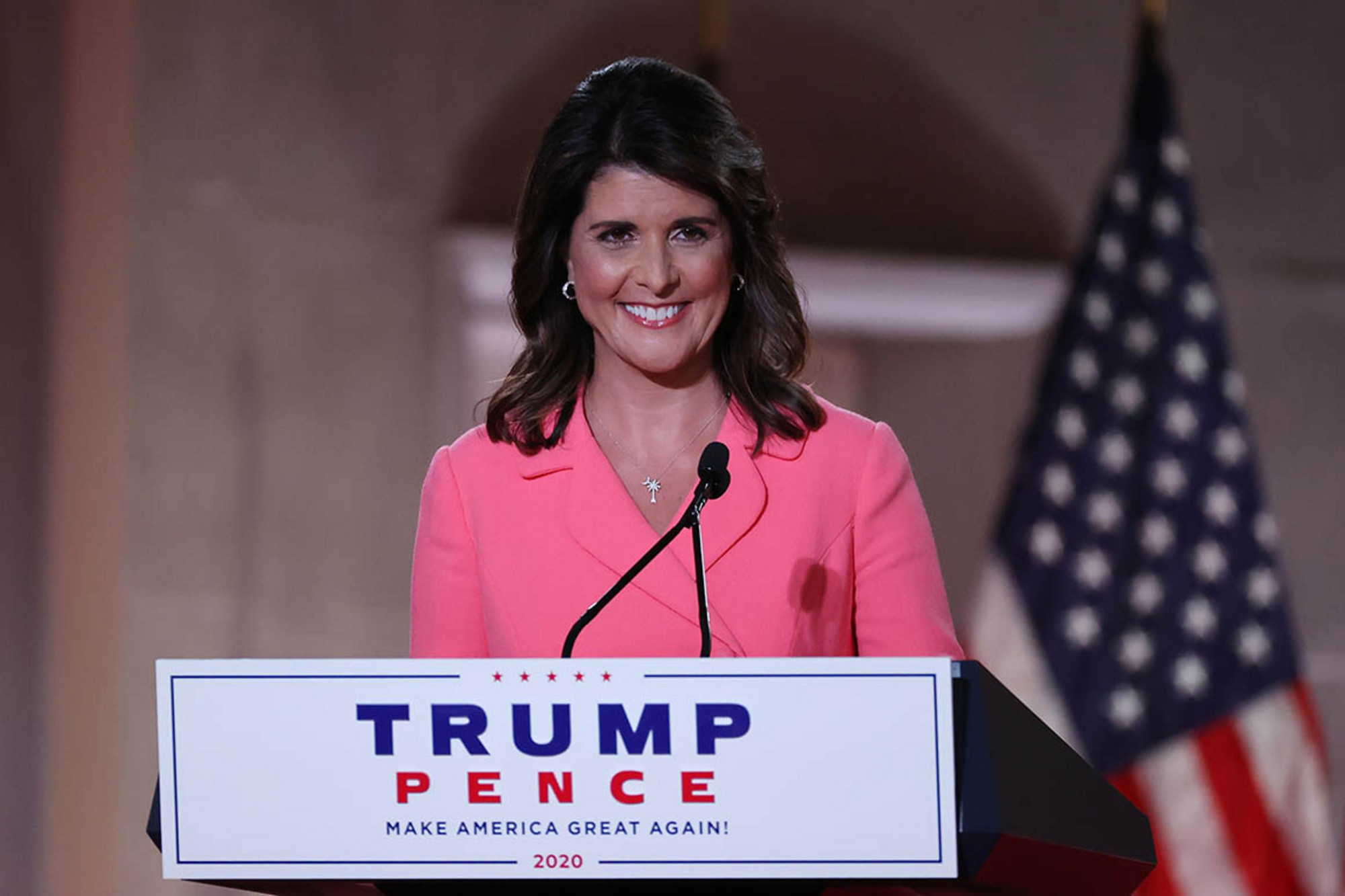 We wrote earlier this week on former United Nations ambassador Nikki Haley’s big moment at the 2020 Republican National Convention – a speech that essentially announced her 2024 presidential bid while seeking to frame the future of the party that follows U.S. president Donald Trump.

Our assessment? “We believe Haley gave a good speech,” we wrote, although we quickly added that while the former South Carolina governor has “all the political promise in the world … her path to the White House is beset by land mines.”

“Nobody is fooled by the unified front that Haley’s appearance presents,” the outlet began in offering its critique of her performance. “Haley was not at the RNC to signal her support for the populist agenda that Donald Trump ran on in 2016, and should run on in 2020 as well. She was there to advance her own ambitions, through superficial association with the Trump administration.”

That’s right … how quickly some forget that Haley was a #NeverTrump establishment “Republican” in 2016. She was only given a post in his administration because the South Carolina lieutenant governor at the time, Trump acolyte Henry McMaster, coveted her job.

How has that switcheroo worked out for South Carolina? Oy …

Anyway, the Revolver authors did not mince words in assessing Haley’s emergence on the national stage, saying the ex-ambassador will “do whatever it takes” to get the GOP nomination in 2024 – but that “conservatives should do whatever it takes to stop her.”

They also took a page from Fox News’ host Tucker Carlson, who recently decried Haley for engaging in “moral blackmail” in the aftermath of the George Floyd rioting.

The crew at Revolver agreed.

“Haley has tried to criticize ‘cancel culture,’ but history shows that when the pressure is most intense, she gives in to the left’s demands and bolsters their narratives,” they wrote.


But what about all the money backing the ex-ambassador?

“Haley has backers, powerful backers, and for some reason she seems to just never go away,” the site’s authors continued. “It’s not because Haley is a great leader, a political visionary, or a populist. Instead, it’s because she is a favorite choice of the Republican old guard to reclaim ‘their party,’ and keep making the same mistakes of the past.”

What sort of mistakes are they referring to? Well, the Iraq War … and the ongoing Afghan War. And the push for war with Iran.

And let’s not forget Haley’s ongoing stoking of tensions with Russia … which along with China (ahem) is the war party’s ultimate target.

Aside from supporting a veritable smorgasbord of foreign policy misadventures, the site also accused her of refusing to stand up against the increasingly overt censorship of big technology corporations.

Lastly, it accused her of “legendary” moral turpitude, citing as ‘Exhibit A’ her 2007 affair with Will Folks, the founding editor of this news outlet.

“She has completely swept credible allegations of extramarital affairs directly under the rug,” the outlet noted.

The only thing they left out? Kernel-gate …

“Allowing Nikki Haley to become a leader in the Republican Party would be a return to Bush-era conservatism, defined by idiotic foreign adventures, empowering anti-American mega-corporations, and endless capitulation to the left’s inverted moral agenda,” the outlet wrote. “And for good measure, we’d still be led by a sleazy politician with a dirty personal life.”

That, friends … is a mic drop.