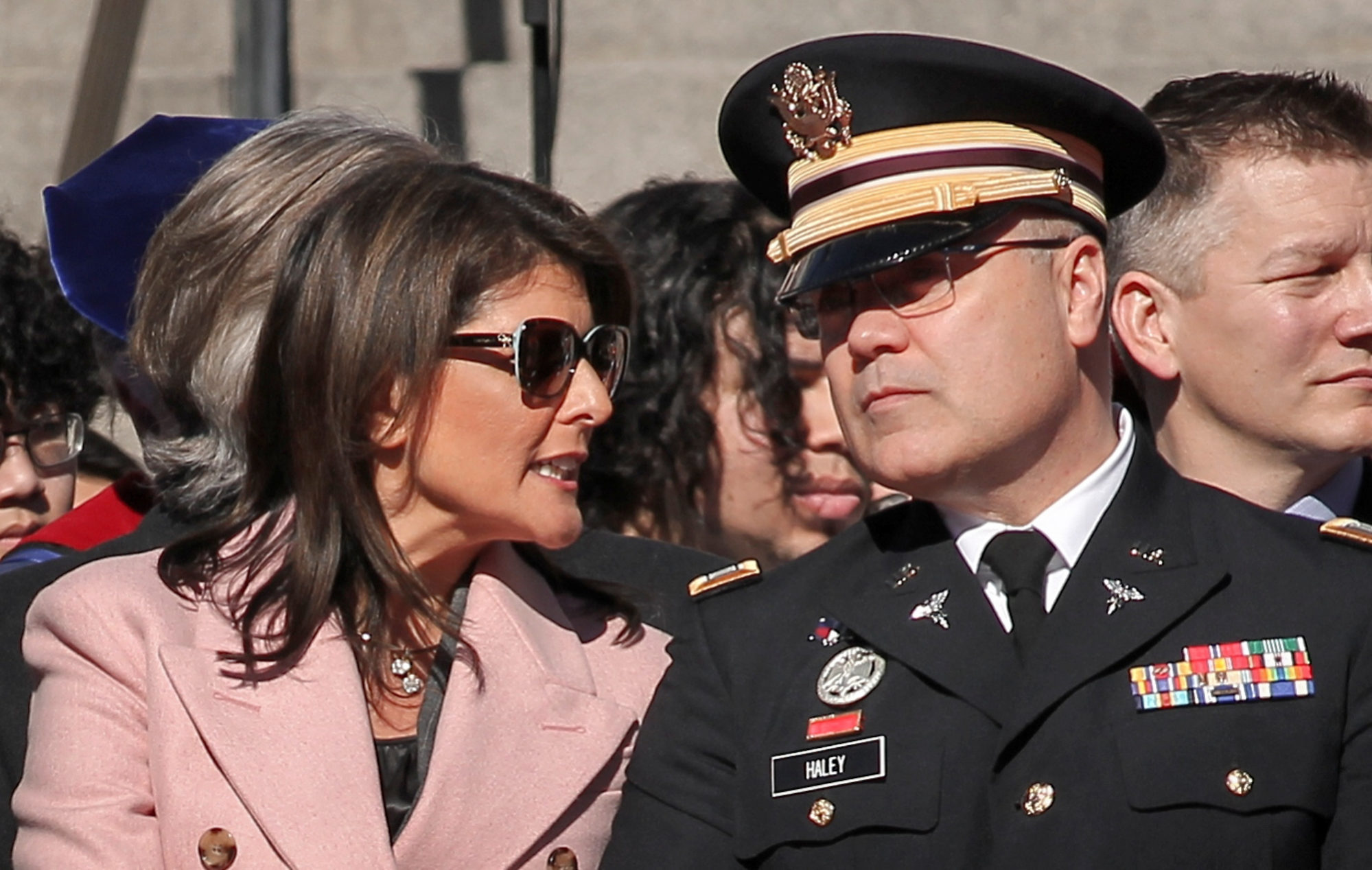 Former United Nations ambassador Nikki Haley’s latest gambit on the national political stage is drawing decidedly mixed reviews – although the one critic whose opinion matters most (arguably) has yet to weigh in on the drama.

Haley’s allegations that former U.S. secretary of state Rex Tillerson and former White House chief of staff John Kelly unsuccessfully recruited her to join them in a shadow conspiracy against U.S. president Donald Trump rippled across the Potomac River … sparking sharply-worded denials and all manner of reaction from Beltway insiders.

And yes, all of it is geared first and foremost toward Haley selling copies of her new book, With All Due Respect: Defending America With Grit And Grace.

Trump has yet to respond to the furor … although we suspect if he does it would be in support of Haley, who was one of his staunchest establishment Republican critics before she accepted an invitation to join his administration in late 2016. In fact, Trump has already urged his 66.8 million Twitter followers to buy Haley’s book – which has fueled lingering speculation that he is considering her as a possible (likely?) replacement for vice president Mike Pence on the 2020 ticket.

“I think Mike Pence is probably hanging out back there, thinking, ‘Hey, I got a one in 365 chance at picking the day that Trump’s going to dump me from the ticket and put (Haley) on some time in the next year,'” Republican strategist Steve Schmidt said during an appearance on MSNBC this week.

This is exactly what we have been saying for months …

Haley’s initial appointment by Trump, readers will recall, was actually a sop to Trump sycophant Henry McMaster – who at the time was serving as lieutenant governor of South Carolina. Upon being confirmed as UN ambassador, Haley gave up her gubernatorial office – allowing McMaster to inherit the position he had been coveting for decades.

Once she was confirmed to the role, Haley repeatedly undermined Trump’s foreign policy agenda … as we documented here, here and here.

Accordingly, we found it quite ironic that she sought to cast aspersions on the alleged disloyalty of other members of his administration. Particularly given the company she was keeping earlier this year.

But Haley has always had a curious relationship with the truth …

Not everyone was on board with Haley’s play against Tillerson and Kelly, though. One of her most vocal supporters – Kathleen Parker of The Washington Post writers group – was blistering in her condemnation of the aspiring presidential contender’s gambit.

According to Parker, Haley “sandblasted her carefully crafted facade and, in a transparent act of virtue signaling, stabbed two of her former colleagues and fellow Cabinet members between the shoulder blades.”

“Whatever her ultimate motive, Haley clearly decided that stepping on Tillerson and Kelly was in her political interest,” Parker continued. “There can have been no other reason to drag these two honorable, accomplished men through the mud for, by her own account, trying to mitigate some of Trump’s more destructive impulses.”

Parker went on to point out that Haley “plainly made a political calculation that people would find ‘her truth’ courageous and that flattery aimed at Trump would not be wasted.”

… it seems that Haley, whom I’ve admired since before she became governor, bought her own myth and sold it cheap. Through her preening virtue, she has revealed herself to be more Lucy from “Peanuts” than Erin Brockovich – a cartoonish fussbudget stumping for blue ribbons and bows rather than a whistleblower acting in the service of the greater good.

Again, this is not coming from a known Haley antagonist (like our founding editor Will Folks). This is coming from one of her biggest fans. Or rather, former fans.

“A female president is coming soon, likely in 2024,” Parker (above) wrote back in May. “She’ll be a woman of color, a real Indian (with parents from Punjab), a Christian, a Republican, a wife and mother with Southern manners, statewide governing experience and an international profile. Wouldn’t that beat all?”

Just to be sure there was no confusion as to whom she was referencing, Parker’s column contained a hyperlink to Haley’s Wikipedia page.

Parker may still be right about Haley becoming America’s first female president, though.

After all, the level of calculation underway as she plots her ascent to the highest office in the land is as intense as it is transparent.

And she will never stop … ever.

Nikki Haley isn’t Frank Underwood – the fictitious South Carolina politician who seized the ring in the Netflix drama House of Cards. She is Underwood and his scheming better half, Clare Underwood. And their body man Doug Stamper. Cubed.

She is a relentless intriguer and backstabber … the epitome of the “lean and hungry” look William Shakespeare warned of in Julius Cæser. She is well-funded, unburdened by scruples and in possession of the identity politic triumvirate (female, minority, Republican) that would give her a leg up in the 2024 race even if she were an empty skirt.

Which she is not …

Honestly, the only question we must ask ourselves (often, it would seem) as it relates to Haley’s ambition is this: Who will she stab next?